How does the cartridge insert itself into the cylinder then spin and lock it into the firing position?

tl;dr - How does the bullet get into the gun? How does it fire backwards?

The opening sequence to Elementary is a brilliant metaphor using a Rube Goldberg type apparatus to illustrate the methodical (and often convoluted) steps Sherlock takes to ultimately catch the perpetrator.

The whole contraption is very well thought out and uses an increasing depth of ingenuity coupled with a score that demands urgency to a solution.

A large, transparent marble finds itself in the elaborate apparatus, setting off a chain reaction of increasingly violent events that culminate in the caging of a helpless figurine. Like the mind of the great detective, the invention works at a dizzying pace, with only parts of it revealed while others remain a mystery. A steadily intensifying score composed by Sean Callery adds a sense of impending danger and urgency to the marble’s iconoclastic course.

I can envision how almost all of the individual sub-operations are constructed and how they contribute to the initiation of the subsequent sub-operations.

The part I don't get is how the revolver cartridge flies in from 'house left' apparently into the front of the open revolver cylinder¹ then spins and locks the revolver's cylinder into a firing position a la russian roulette. If it were even possible for the cartridge's trajectory to take a 90° turn as it passed in front of an open chamber then restart the left-to-right momentum that was temporarily suspended to spin the cylinder and lock it into a firing position, firing the revolver at that point would at best do nothing at all and at worst, fire the bullet back into the trigger mechanism.

I possess neither the video tools nor a high enough FPS copy of the opening sequence to determine exactly what is happening here. Can anyone shed some light?

Should I simply accept 'poetic license' and/or 'suspension of disbelief' in the pursuit of what is otherwise one of the best opening sequences ever?

¹ Freeze framing shows from the trigger orientation you are viewing the sequence from the point of the one holding the revolver. This supposition is confirmed by the ratcheting gear around the cylinder's central axis which is activated by the trigger/hammer action to rotate the cylinder. The cartridge or 'bullet' also appears to be loaded backwards.

I think you'll have to go with 'suspension of disbelief', for a couple of reasons...
I also think this is alluded to in the original quote...

Like the mind of the great detective, the invention works at a dizzying pace, with only parts of it revealed while others remain a mystery. 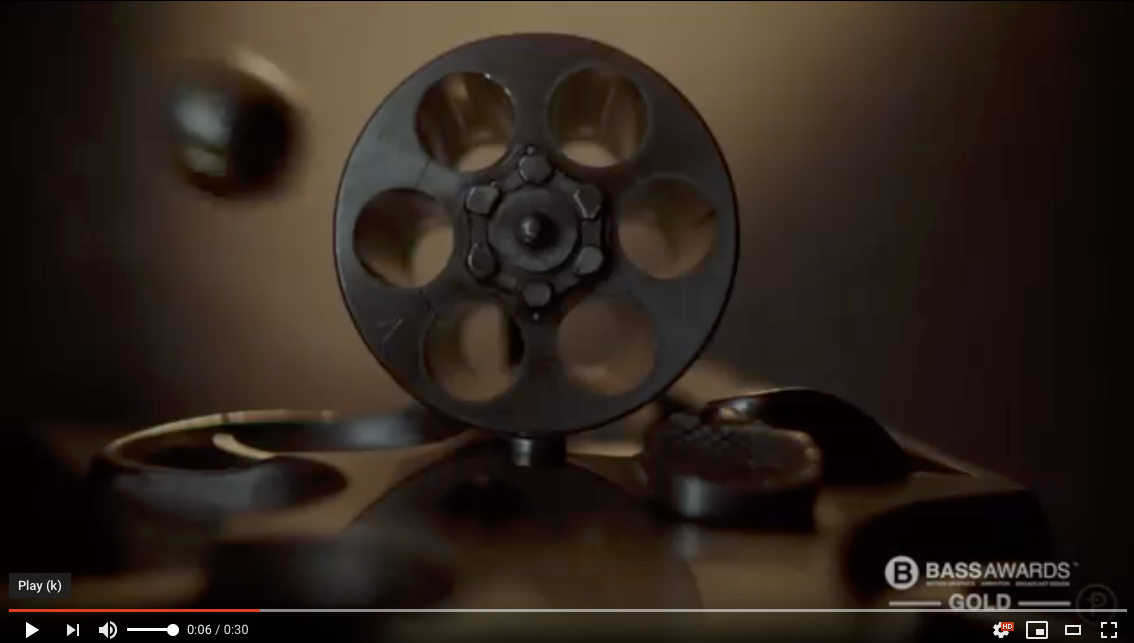 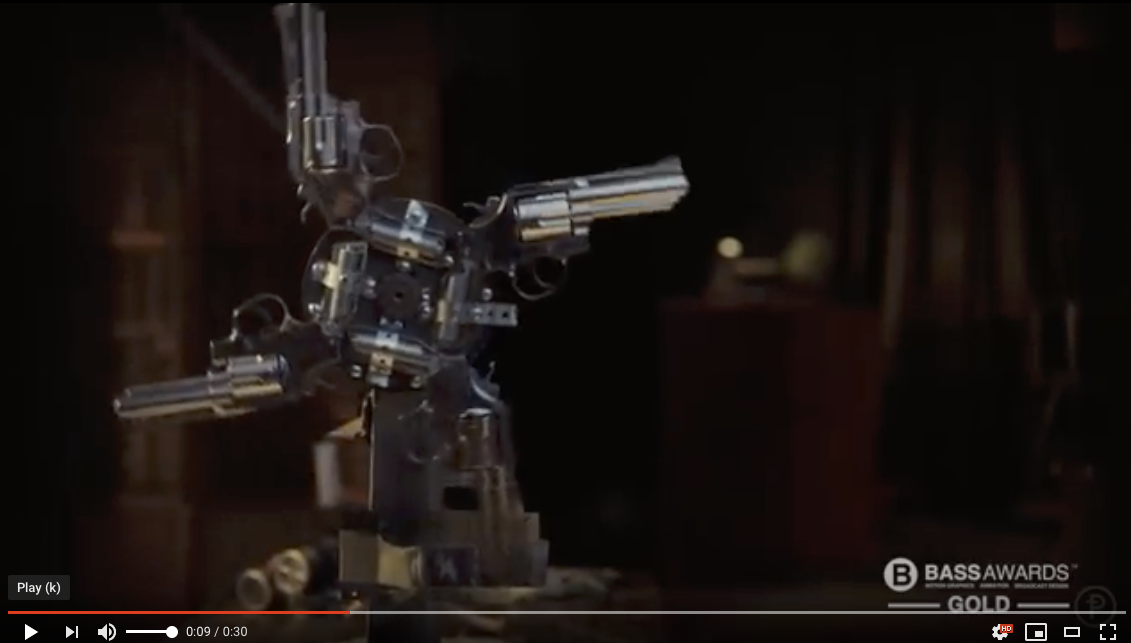 There's also a little cheating going on as the guns rotate. The Trigger is 'open' & the hammer is 'closed' [I know next to nothing about guns so my terminology is guesswork] in the long shot above, but that is reversed in the close-up, the hammer is back & the trigger is wired 'closed' or 'pulled' long before it actually fires.
Very quick composite of the 'same' gun in both shots... 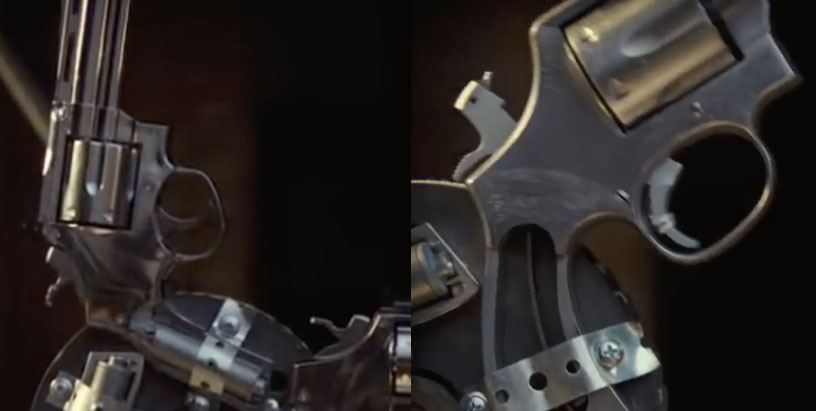 I think by this point, we give up trying to explain the full sequence logically & just admire how nicely shot the whole thing is ;)

BTW, I've always considered this sequence to be reminiscent of not just 'any old' Rube Goldberg machine, but actually one specific homage to it - Mousetrap. Link to original 1963 TV ad. 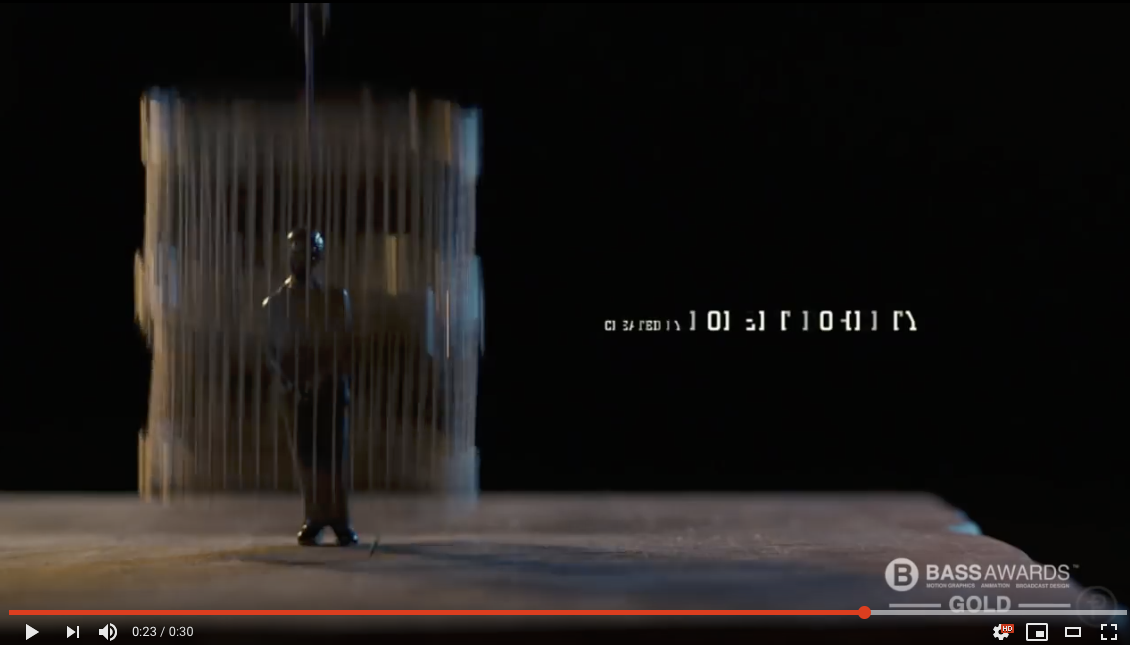 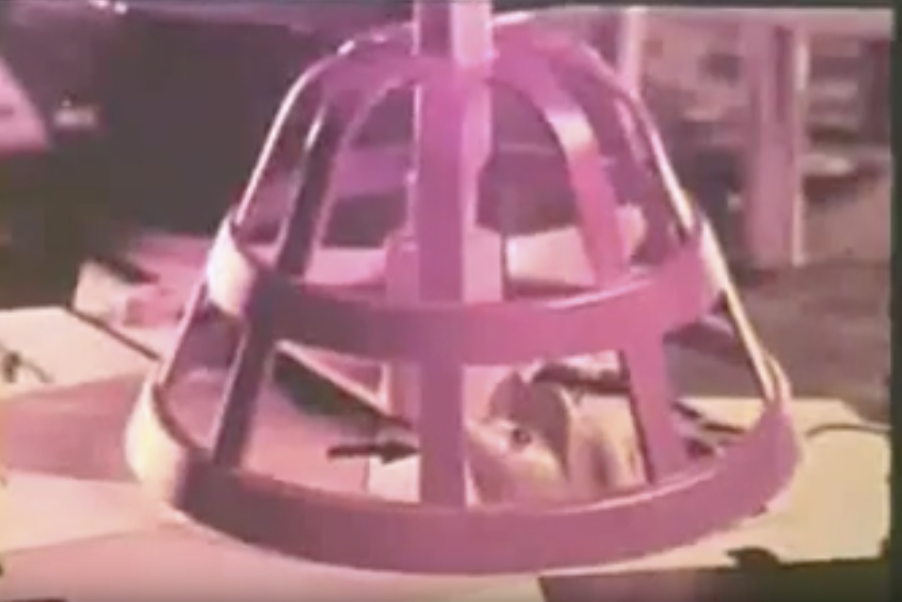 ...and we can't leave a discussion on Rube Goldberg without mentioning two other 'crazy inventors' - Heath Robinson and Rowland Emmet - as no-one yet mentioned it's all very Chitty Chitty Bang Bang.

More detail, as I noticed it - not hugely relevant, but I just spotted it so though I'd post it.
I don't even think it's the same gun in the two 'hammer/trigger' shots. The handgrip & how it's attached look different, as does the trigger.
Please excuse the very poor quality at this zoom level. I rotated the one on the left & zoomed to roughly match the other. 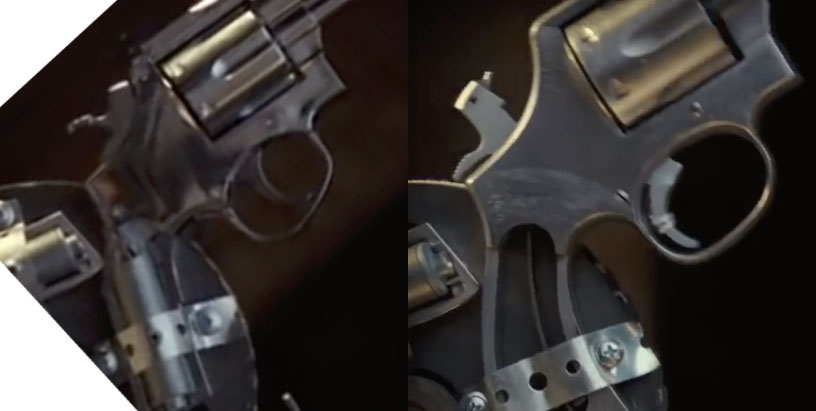 In fact, all the guns appear to have some sort of 'tube' structure in the handle, except the one in that shot that is about to fire... 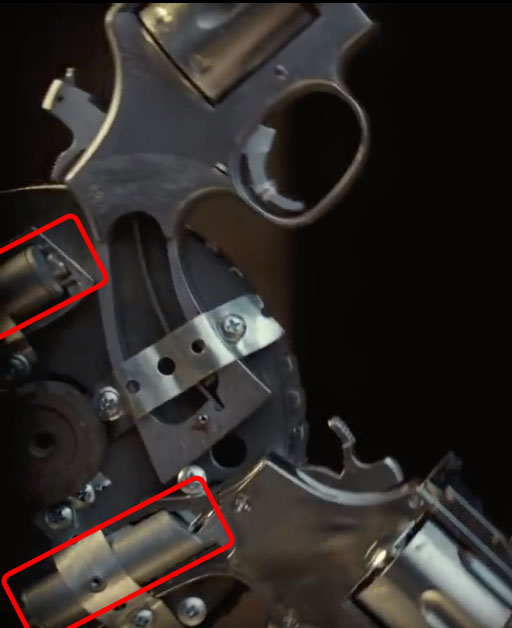 3
Does the Rube Goldberg machine used in the Elementary intro credits fully exist (and work)?

3
Does the Rube Goldberg machine used in the Elementary intro credits fully exist (and work)?