When were animal masks first used in horror or espionage in cinema?

I have recently been watching the new Netflix TV series, The Umbrella Academy, based on the comic of the same name.

Two of its villainous characters are deadly assassins on the hunt for the character known as "5". The villains often wear animal masks on many of their missions, especially in public.

This prompted me to realize the use of animal masks and how they have been used more in more in recent cinema in relation to scary villains and/or antiheroes. 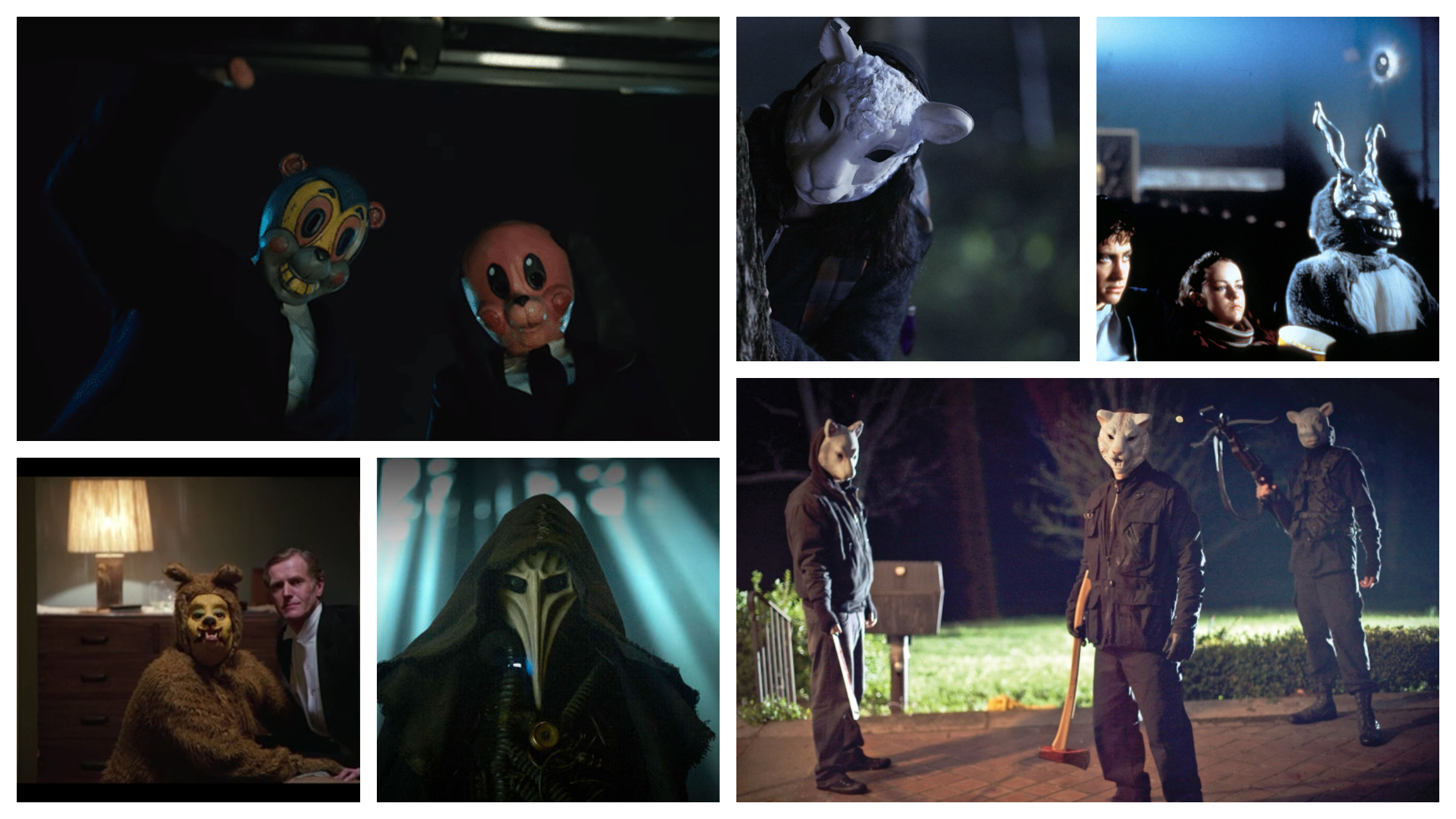 Note: Following Works in "animal masks" collage include: The Umbrella Academy, Orphan Black, You're Next, Donnie Darko, The Shining, and 12 Monkeys.

My question is, in what film or tv series were animal masks first seen and used in this espionage/horror-like fashion?