Why did they name the show Russian Doll?

Watched Russian Doll recently and it was enjoyable but really made me wonder about the title. Like what does the show have to do with Russian dolls? Even the poster used it: 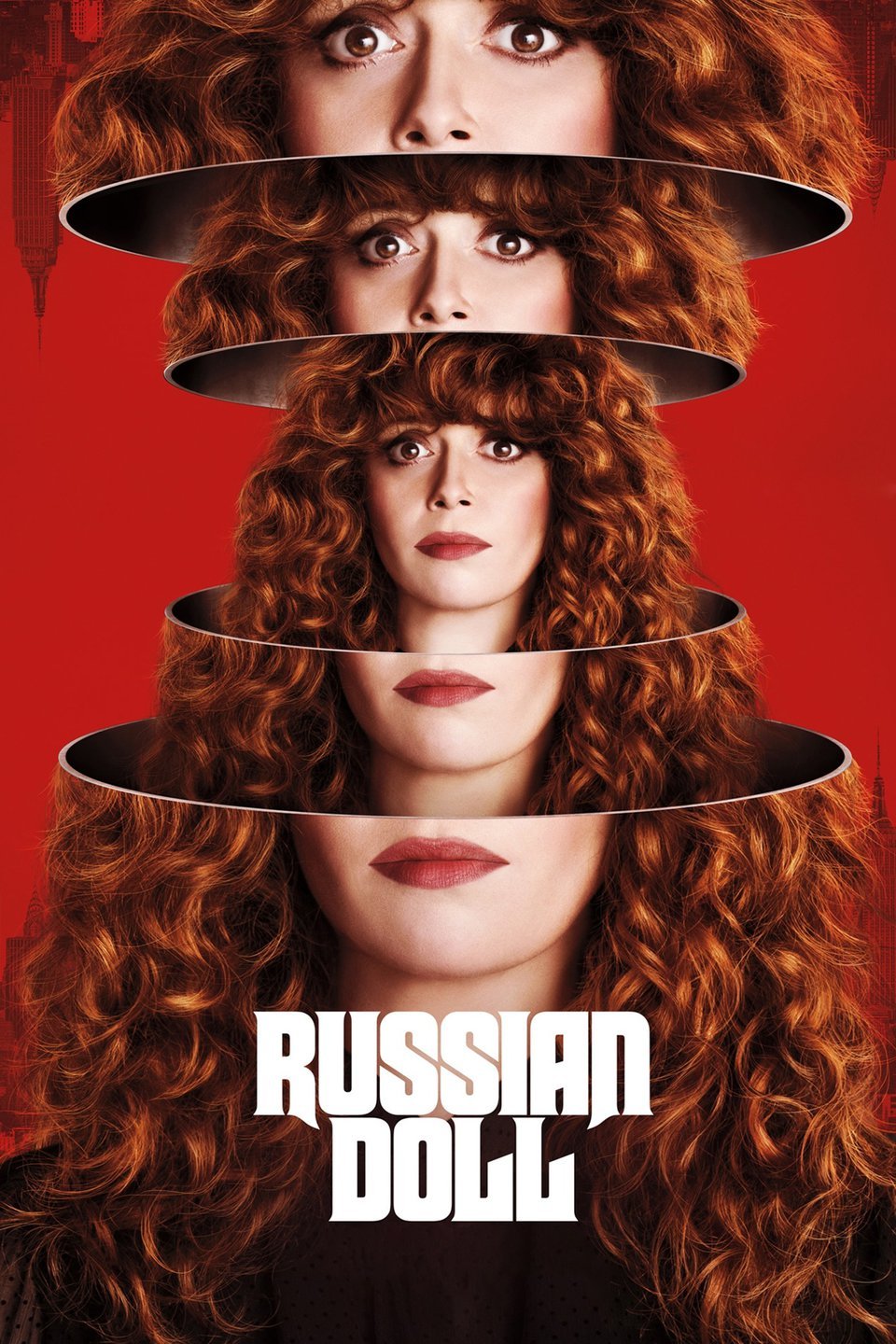 The Hollywood Reporter spoke with Natasha Lyonne in January 2019 and explains:

Poehler came up with the title as a literal idea of what the protagonist would represent. In those early days of brainstorming Russian Doll, Nadia was conceived as someone who "has an external presentation that we all put out into the world and, once you take the deep dive, has this whole other person working in there," Lyonne explains. "The idea that we had come up with was choose your own adventure style, where you could make a choice to try every person out at a party, but who would still be stuck with themselves at the end. And that’s the person you were really going to have to look at."

A Russian (or Matryoshka) doll according to wikipedia:

A set of matryoshkas consists of a wooden figure, which separates, top from bottom, to reveal a smaller figure of the same sort inside, which has, in turn, another figure inside of it, and so on.

It's a double (triple?) entendre.

First, the character is of Russian heritage. And in particular, a Russian Jew.

I cannot forecast to you the action of Russia. It is a riddle, wrapped in a mystery, inside an enigma...

Which may aim to evoke the Russian Matryoshka doll.

It's even more complicated for Russian Jews. That is relevant because of the very heavy Jewish topicality and symbolism in the show, that the character is Russian, and that the actress, Natasha Lyonne, has deep Jewish heritage.

Then there is the direct symbolism of the Russian Matryoshka doll, as that pertains to the constant deaths and rebirths. And particularly, as the character slowly by trial and error, uncovers the layers of her personality, ego, and the way she presents herself to the world.

The character also does her makeup in near comical extremes, in a "dollish" sort of way.

Not the answer you're looking for? Browse other questions tagged analysis title russian-doll .

5
Why does the father lose his mind?
6
Who is the "I" in "I Dream of Jeannie"?
10
The reason behind the movie title "Dog Day Afternoon"
19
Has a TV show ever used the same title for more than one episode?
5
Why were things disappearing in Russian Doll?
5
What is the logic behind Nadia bribing the secretary of the Temple with a mango?
5
Is there a name for this film technique seen in season one of Russian Doll?
4
What was with the rotten fruits?
0
What does Masjävlar mean?