What is the logic behind Nadia bribing the secretary of the Temple with a mango?

So I just finished watching the dramedy TV series Russian Doll (2019) and have a question about a seemingly simple thing that maybe I am not understanding.

In the third episode (“A Warm Body”) what meaning—if any meaning—is connected to Nadia “bribing” the secretary of the Temple with a mango so she could meet the Rabbi? It seems silly actually.

Is there some Jewish connection to mangoes I never knew about, because I’m Jewish (secular) myself and never heard of any kinda mango thing before.

Though its not quite possible to know exactly the reference, Israel is a large supplier in the world for mangos, which has been a thing only within the last few decades, Israel and many other countries of the region/area also have many mango based sauces and foods in general...

Nadia likely knowing those facts was trying to be ‘cute’ in her bribe...as in playing off her own ‘ignorance’ as a mistaken understanding of jewish culture.

I had a different reading of the scene, which is that it speaks to Nadia's impulsiveness and lack of planning, as well as her willingness to bend the rules to get what she wants.

Street produce carts are relatively common on the streets of NYC. Their selection is not always large, mostly confined to more common & less perishable fruits & vegetables (apples, oranges, bananas, grapes, tomatoes, etc.), but mangos might be available at some such stands. 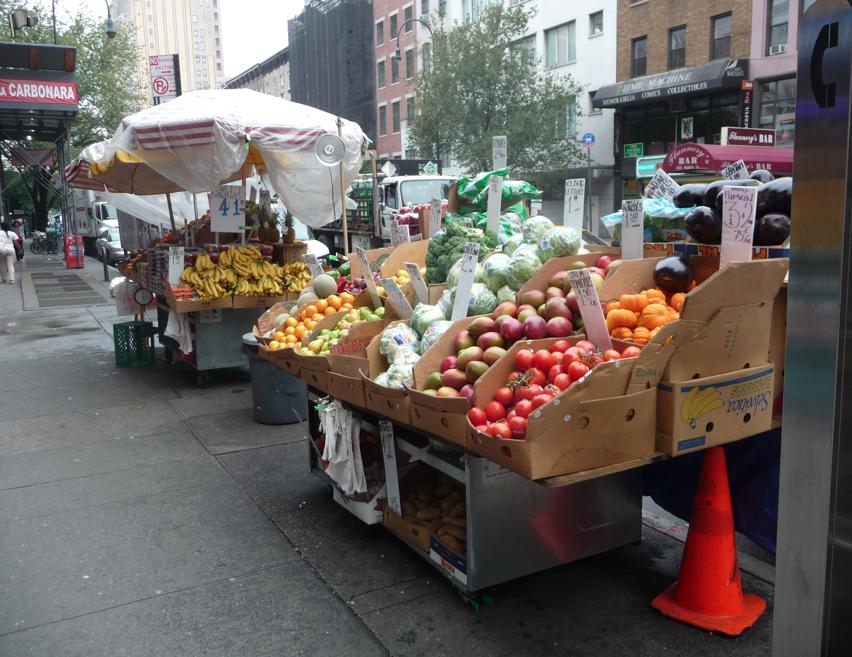 A street produce stand in NYC, with mangoes available for sale; from Yollis's 366 Project blog

It is plausible that Nadia realized, on her way to the synagogue, that some kind of bribe might grease the wheels; happened to be near a produce stand when she realized this; and bought the "fanciest" piece of fruit that the stand had available.

Not the answer you're looking for? Browse other questions tagged plot-explanation props russian-doll .