Now I am confused which version to follow and if they are even any different from each other? Like previously CW/DC/WB added more content when they converted Vixen web series into a movie. So did they add or remove any scenes from the movie version? 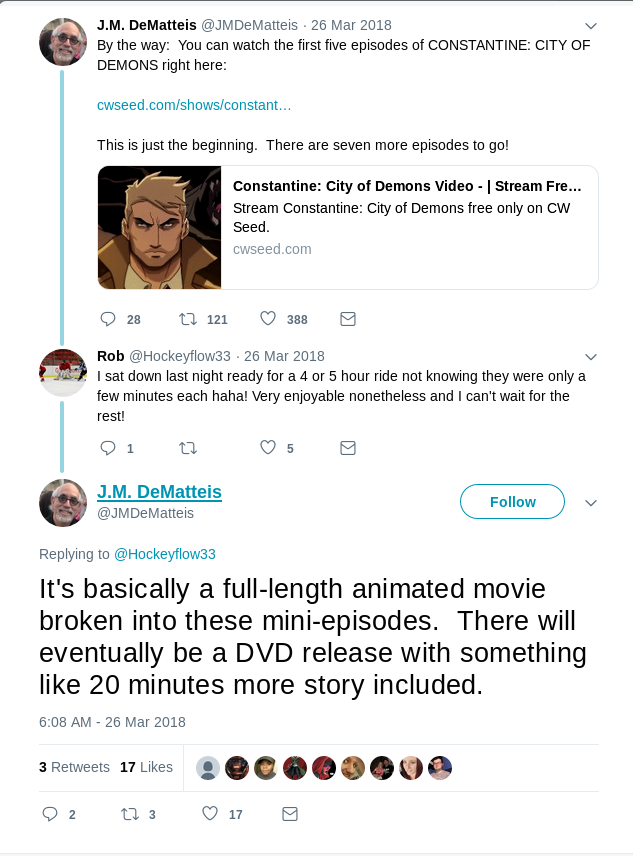 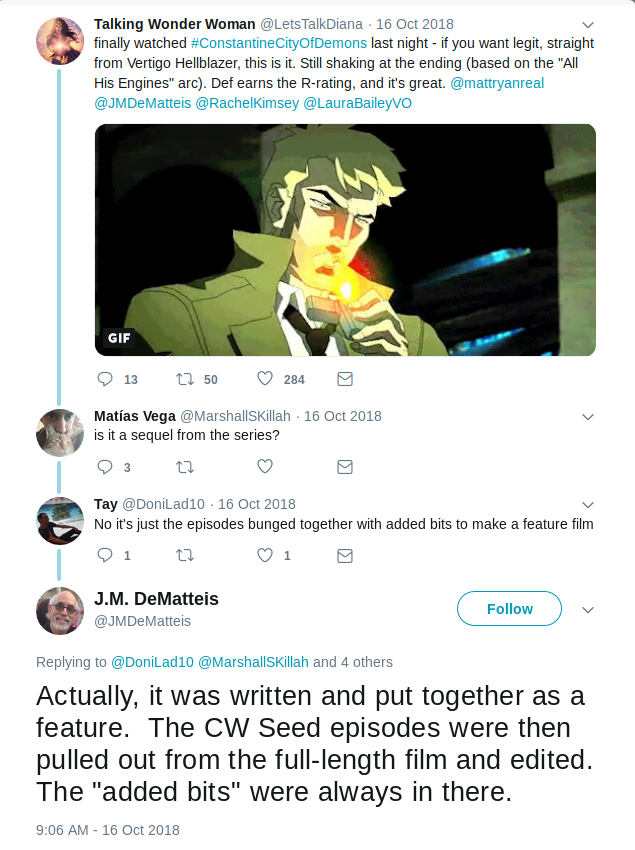 Which confirm movie came first and then they edited out stuff to make it web series. Can't find the exact details of the 20 minute but a reviewer on dccomics.com also noted the difference:

Though perhaps the biggest change from watching City of Demons as a movie is how much darker and mature the content has become. Is it just me or did some new, more edgy imagery get added to it, in addition to all of the new story? That old Hollywood demon party certainly took on new levels of psychological horror that definitely didn't stream on CW Seed. And when Constantine literally screws Los Angeles (yes, the actual city), things get pretty R-rated. It makes sense for the character and the source material, but it's easy to see why this story works best in animation as it takes full advantage of the medium.