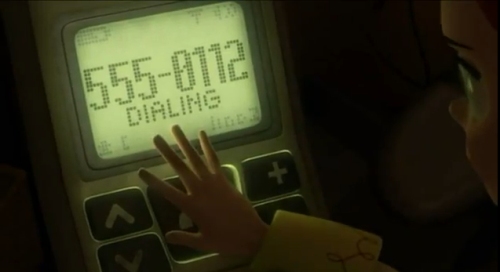 Using a fictional '555-' phone number is not uncommon in American films and television shows.

Which film or television show was the first to use a '555-' phone number?

The phone companies began encouraging the producers of television shows and movies to use the 555 prefix for fictional telephone numbers, roughly during the 1960s. One of the earliest uses of a 555 number can be seen in Panic in Year Zero! (1962), with 555-2106.

In the 1942 film: "Eyes in the Night", starring Edward Arnold and Donna Reed, the telephone number, "Rossmore 555" was referred to. In older television shows from the 1950s or 1960s, "KLondike 5" or "KLamath 5" was used, as at the time the telephone exchanges used letters and numbers in phone numbers.

Depending on your point of view, it could be Eyes in the Night or Panic in Year Zero!, but I will keep digging to see if something else turns up.

Here's some I found from searching Subzin.com:

KL5 and 555 can be found in a list of (presumably fake) telephone numbers in an advert by the Western Electric telephone company in Life magazine (15 Dec 1961), with a KL5 number chosen as the main example: