In Game of Thrones season 5 episode 9 titled "The Dance of Dragons" Jon and company arrive at Castle Black after a disastrous battle against the White Walkers at Hardhome. They leave the battle at Hardhome on boats. So they most likely stopped off at Eastwatch by the Sea and marched towards Castle Black. Here is a map of Westeros for reference: 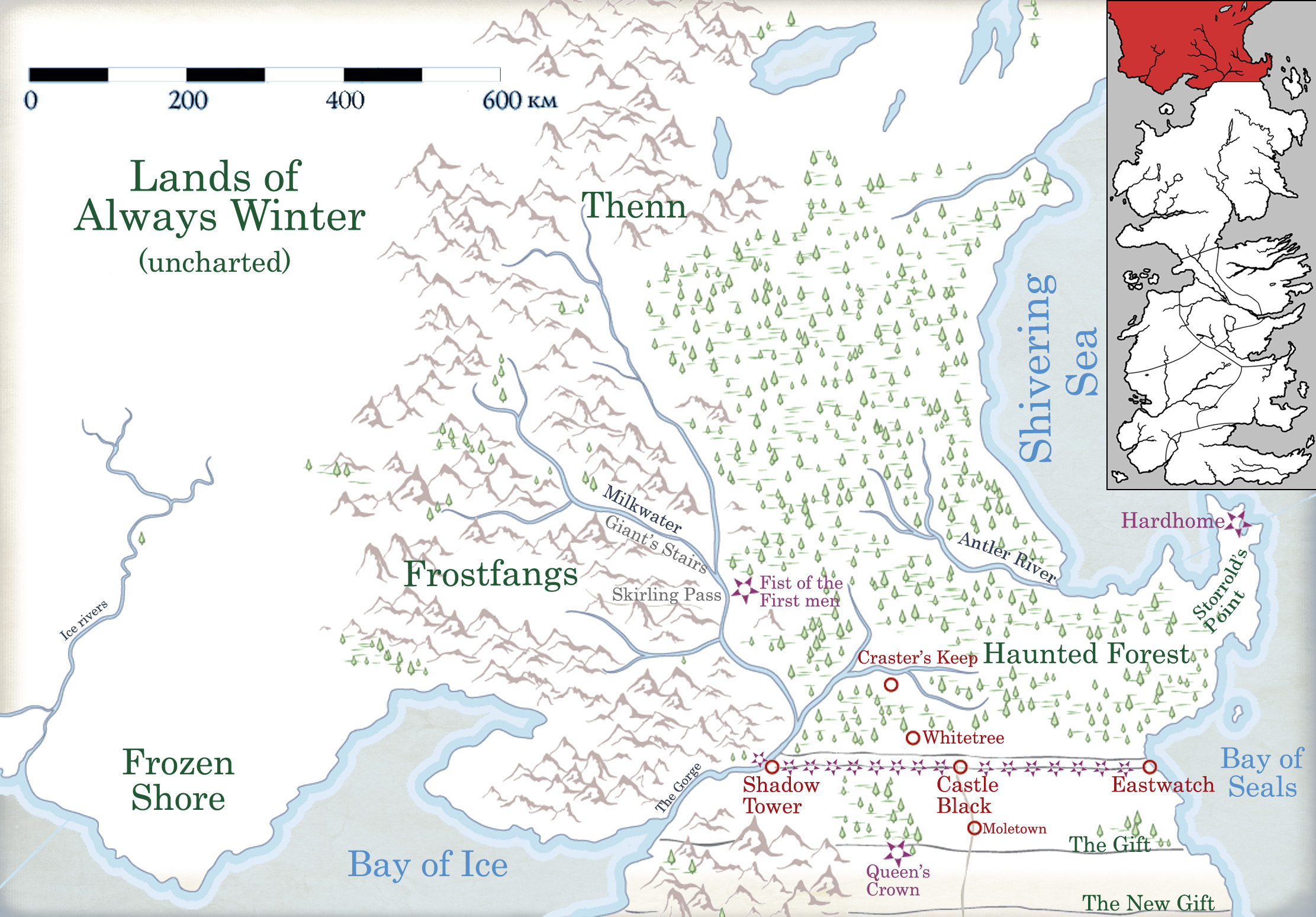 It just doesn't make logical sense to me. It feels like the writers only did this to falsely create dramatic tension when Ser Allister Thorne hesitates on whether or not to let Jon and company through the main gate back into Castle Black.

Is this just bad writing by the TV show writers? Or am I missing something? Cause for Jon to lead his people along the north side of the wall just makes him seem dumb.

Well, my answer is not verified by any official source yet according to me it makes much logical sense so as justify their choice to travel from the North side of the wall to reach Castle Black. All above comments assume the premise that they reached Eastwatch first and then started marching towards Castle Black but it nowhere confirmed that they landed in Eastwatch. They might have landed as soon as they were far enough from white walkers because Stannis's ships could support a limited number of wildlings also some of them were on small boats( like Jon himself) so they couldn't travel that long distance on the water. And also WUN WUN wouldn't have walked the whole way to Eastwatch on water. So since they landed at North they arrived at the North gate of Castle Black.

Alternatively, let's assume they did reach Eastwatch after that if they chose South path they would have to face people of The Gift and Mole Town where wildlings already have a bad reputation owing to the fact that they ransacked many villages around the wall so these people can be potential threats, on the other hand, Jon knows that white walkers are far and the North path is clear of any obstacle or potential enemies so they chose that way.

And Lastly I agree with you that irrespective of their choice of the path the writers wanted to show Alliser's disagreement with Jon's decision so they just staged that Castle Black scene.

35
Where does the tunnel in the Wall come from?
12
How did Samwell and Gilly get back over the wall?
9
Reason and timing of specific characters death in s05e10?
5
Why don't the White Walkers take the sea route to Westeros
3
How does the White Walkers' undead-spell spread?
26
Why didn't Jon Snow use this?
10
What does the Nightwatch do now?