How are stunts where vehicles are seriously damaged (such as explosions or crashes) filmed?

In many movies vehicles are apparently seriously damaged. How are these stunts filmed? Are these made animated? Does it costs more to shoot these types of shots? Do these shots have retakes?

Some of the scenes from Fast and Furious series: 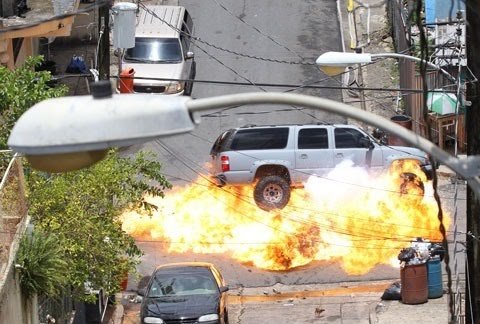 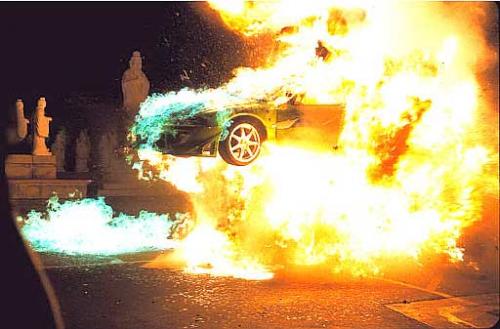 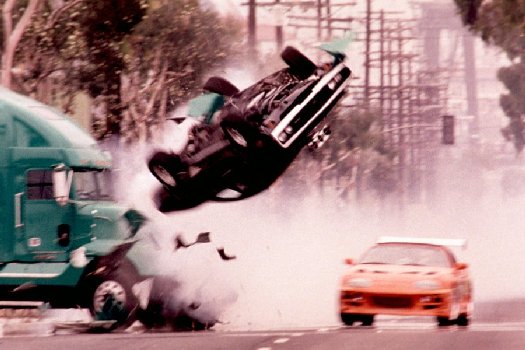 Firstly it depends on the budget, then the process is decided according to it.

As in developed countries like US getting junk cars from junkyard and blast then doesn't cost much but in small budget movies they replace Costly car with a cheap car and then they blast it. Like in the following example of Race 2 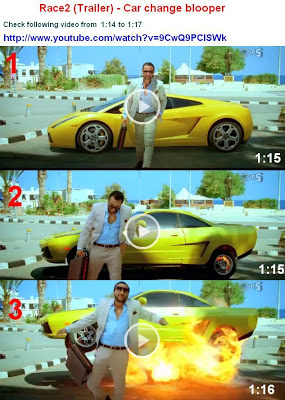 Where you can easily spot that two different cars are used, one for show-off and other for the Blast purpose.

One more example from cracked.com is here-

In The Dark Knight -- The Big Chase Scene

Two specific points during the insane car chase at the halfway point of The Dark Knight are so over-the-top they seem like they would have had to be computer-generated, if for no other reason than they would have killed the stunt drivers. 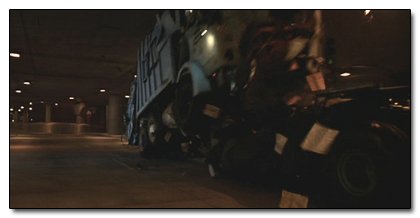 The first is when the Batmobile first shows up to take out the Joker's convoy. It speeds in ...

... and offers what equates to a vehicular uppercut to a garbage truck.

The scene ended up in the trailer and inadvertently encouraged a bloat of fanboys to flock to their keyboards and pound out protests against the fake-looking CGI in the movie. But as Christopher Nolan has proved time and again, he doesn't mess with that shit if he doesn't have to.

No, what you are actually seeing there is a complete one-third-scale model of the Batmobile, the garbage truck and a large section of lower Wacker Drive in Chicago.

They stuck the two vehicles on a guide and smashed those mothers together. What you see in the film is the result.

Even the damn 180-degree move that the Batmobile pulls off at the end was done by a radio-controlled model.

So what about the climactic moment in that scene when they flip the Joker's 18-wheeler after Batman clotheslines it with a grappling hook? If that was a model, it was pretty goddamned convincing.

The flipping of the semi was accomplished with a technique known in Hollywood as flipping a real goddamned semi. To get the mind-boggling amount of upward force needed to lift the big bastard head over heels, the FX crew built a huge steam-piston mechanism in the trailer.

While the accepted answer is pretty great, I thought it would be worth it to share information on a TV show that wrecked around two cars per episode for 147 episodes during its run from 1979 to 1985: The Dukes of Hazzard.

As this post on Mental Floss explains; bold emphasis is mine:

“Over seven seasons, the General Lee went airborne more than 150 times. Although it seemed fine on screen, the General rarely survived a jump. Warner Brothers totaled an average of two Chargers per episode. By the time filming ended, an estimated 300 Chargers had starred as the General Lee. What happened to all those cars?”

“WB salvaged the most beat-up vehicles. Mechanics saved the doors, the rebel-flagged roof, and engine parts, which were cannibalized by future Generals. The car’s wrecked remains were then sent to a junkyard crusher, where it was crumpled beyond recognition. An estimated 75 to 220 Chargers went to the car yard in the sky this way.”

Here is a pic of a lot filled with “General Lee” cars waiting to be wrecked; note there are some police cars in the background as well" 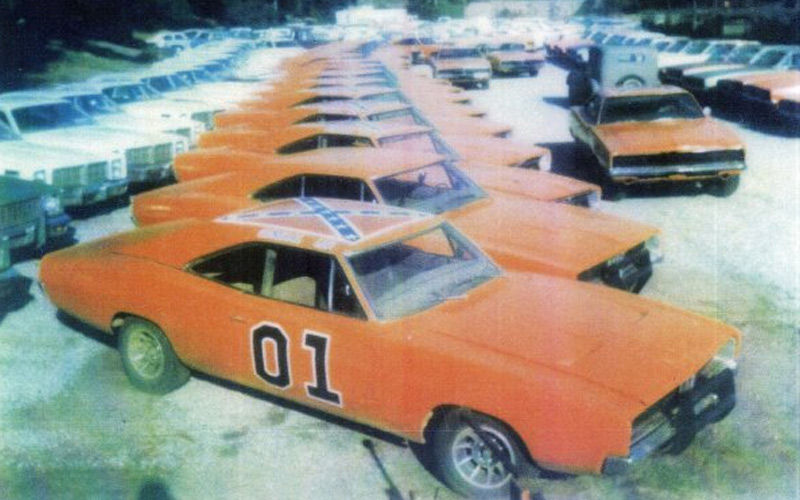 If you really start to think about that from a budget standpoint, that is utterly crazy. Instead of just using the same footage over and over the show’s producers decided that wrecking about 2 customized cars per episode was acceptable.

To be fair, by the end of the show’s run they were using miniatures as shown here: 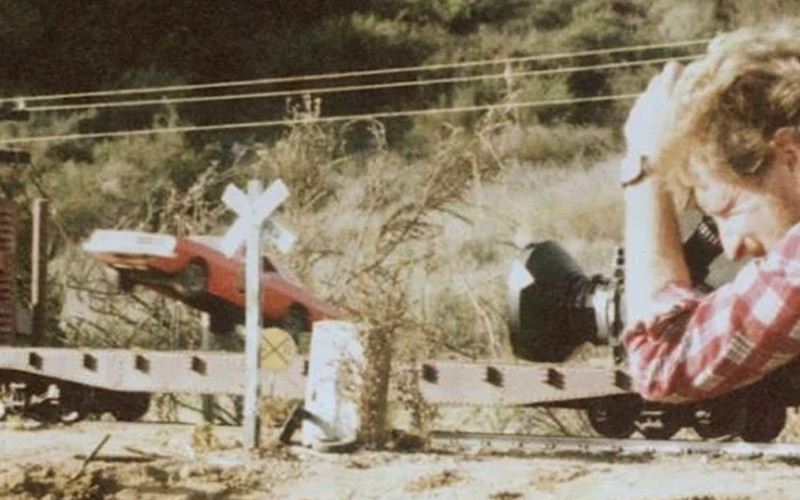 But it is a good example of how if a production has a budget, they will really destroy props like this without much thought or care… And how by the end of the series when cars were harder to come by — and presumably budgets were lower — miniatures were used.

74
Do they really crash super cars in action movies?

25
How are underwater scenes in movies filmed?
23
How are the Iron Man suit scenes filmed?
9
How are death and autopsy scenes filmed?
34
How are head shots and deep throat gashes filmed?
14
How are car drag scenes filmed without hurting anyone?
0
Where are scenes set in newspaper printing press rooms filmed?
8
How are busy city scenes like this one filmed?