Why was Peter Parker's passport censored in the trailer?

In the just released trailer for Spider-Man: Far From Home we get a shot of Peter Parker's passport 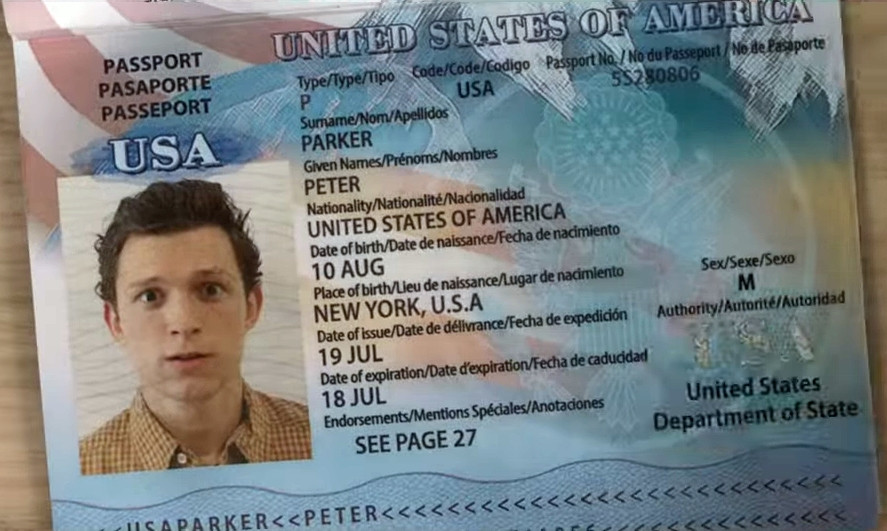 but the years seem to have been censored.

I thought maybe they don't want to spoil when exactly this movie takes place, before or after Avengers: Endgame.

However, I was under the impression that it was already revealed that it takes place after "Endgame", and in the official poster there is a stamp

and it says: Berlin, Germany, Arrived 24 Jul 19
(btw, the actual release date in Germany is the first week of July, so the date is not referring to that)

Why were the years in the passport blanked out? 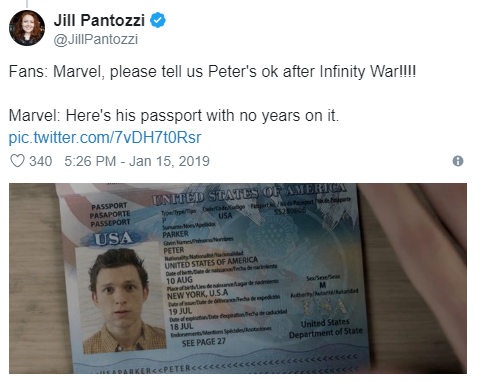 Now granted, the date could just be an intentional omission from the trailer and we’ll see it in the final product. Don’t forget, remember in the second trailer for Captain America: Civil War when we saw the two sides of heroes running towards each other? You’ll recall that Spider-Man was on Team Iron Man, but he wasn’t seen running alongside Stark and the others… in the trailer. But he was there in the finished version. The same could easily be applicable here. Keeping the year off would keep fans in suspense as to when Far From Home takes place even though, again, there’s already official clarification that this is after the events of the two recent Avengers films that precede it.

Marvel made a real mess with timelines in the previous Spider-Man movie, as explained here.

It makes total sense that in order to avoid such a mess in their new movie, they simply remove any "hard evidence" for exact dates in the movie itself, so they can put any date they want at later time.

The official poster just announce when the movie arrives to theaters, and I don't think the passport timestamps there will be displayed in the movie itself.

4
Why was Ant-Man excluded from the Civil War trailer?
1
Significance of Peter Parker's ringtone
5
Who is the water villain shown in Spider-Man: Far From Home trailer?
5
Why was Peter Parker so excited to be an Avenger?
6
Differences between trailer and the Endgame movie
30
What was the significance of Spider-Man: Far From Home being an MCU Phase 3 film instead of a Phase 4 film?
18
Why was this act by Peter Parker needed earlier but not later?
24
Why didn't EDITH recognise Mysterio and inform Peter?