How do they film movies that take place in a single season?

Usually it takes more than a year to film a good movie. Some movies take place in only one season. For example, Home Alone takes place in winter.

How do they manage to film a two-hour movie in three or even less months? They can not change the location of filming, it's (maybe) impossible to create the season artificially, then how do they do it?

Principal photography, where the actors are in front of the camera, usually takes less than 3 months. But principal photography is just one part of producing a movie. The whole process can take a year or more. Movie production is generally broken into 3 stages:

So principal photography can easily be completed within one season. But it doesn't even need to be. As others have pointed out, much of what you see is "movie magic": fake snow on the ground, the actors pretending to be cold when it's actually summertime, etc. Also, the environment only needs to look like a particular season for shots taken outdoors! If the actors are indoors, they can shoot that at any time of the year that they want.

To start with a single aspect of this, 'winter'... [others below]

In the UK, the snow companies are busiest in summer, when it's [theoretically] least likely to rain and spoil the effect.

From my own answer on Why does snow appear to go up in movies?

...and I only just realised, that's the company who did the snow for Gladiator! See the page on Snow Sticks

Here's a rare picture of a set in the middle of being dressed for snow for the xmas episode - this was taken in mid-July, the temperature was about 30°C. The 'snow' on the ground is predominantly paper or cellulose, slightly damp - as you can see in the foreground it is holding footprints well. By the time they'd finished, it was deeper than this and covered most of the set; walking across it would leave prints but not show the ground underneath. 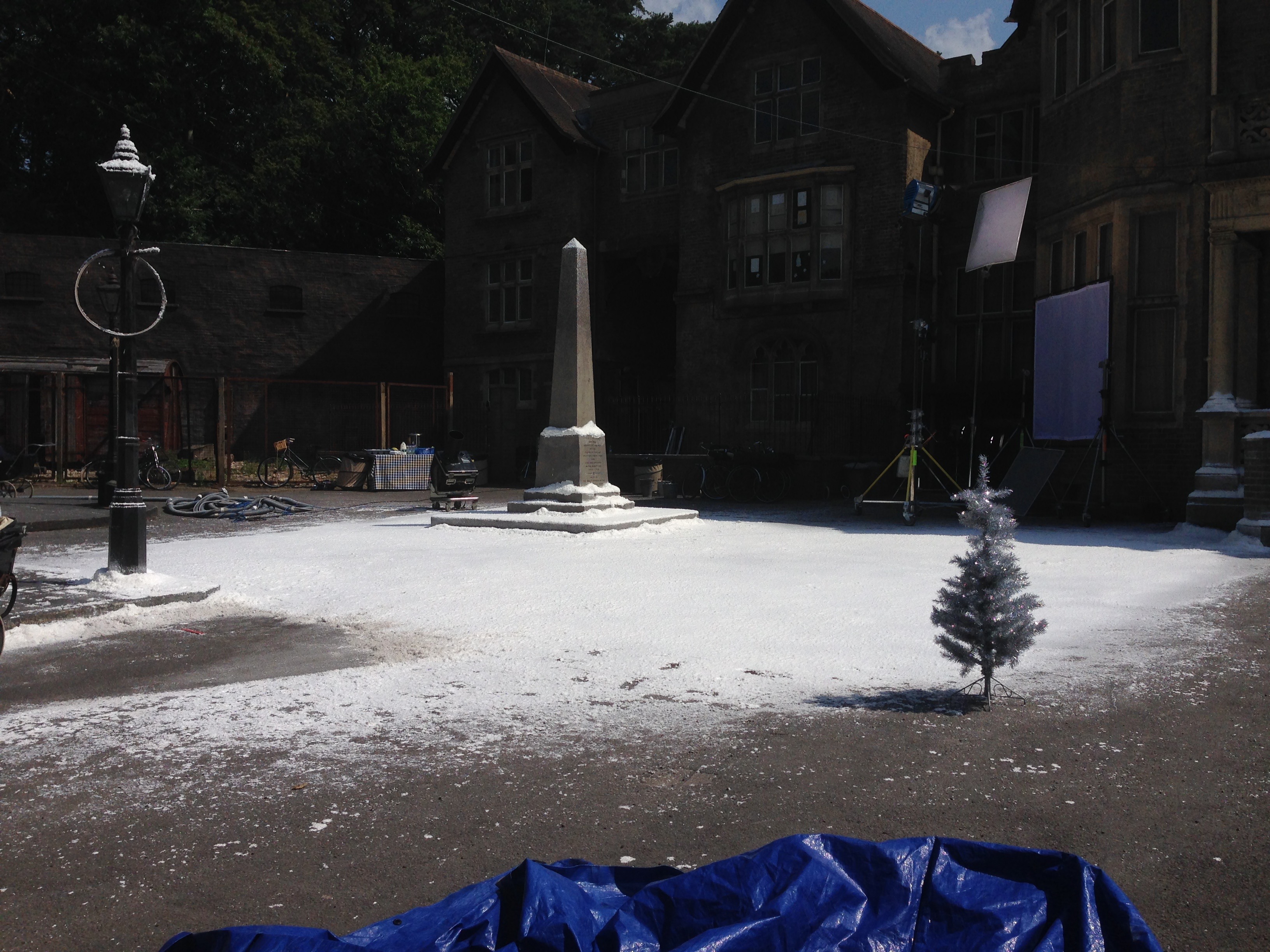 I found this - I didn't work on the show the year they did "The Big Freeze" my shot is from a couple of years earlier - but they made a special on 'the making of', posted to YouTube...

Perhaps equally important, principal photography is unlikely to span a year - more like 2 months, whatever the weather.
Of that period, rarely will all shots take place outdoors. Indoors, of course, the 'weather' can be anything you like.

Outdoor sequences need only to not be raining heavily [you can't see light rain on camera at all, your only clue is dark spots on clothing] when it's supposed to be sunny and vice versa. The rest can be covered by lighting on-set and colour grading in post-production.
Using the first picture above, if they needed flat light on the principals rather than direct sunlight, they could hang one of those large diffusers [the white square flags in the shadows by the main building] right in the way of the sun. That would turn a sunny day [point light] into a cloudy day [diffuse light].

I had a late thought... a movie I worked on a few years ago - Rush
These two races were filmed on the same day, on the same [huge] outdoor location. Buildings are mainly CGI [but not the pits, camera left in the first shot], however a lot of the crowd & almost all the cars are real [many of them were the actual cars from those actual historic races]. Rumour at the time said this was the biggest bowser [rain machine] ever made. I can't find info to prove that true or false.
The lower pic looks more like the actual weather on the day - bit sunny/cloudy, though we filmed in winter, so it wasn't as warm as it looks. 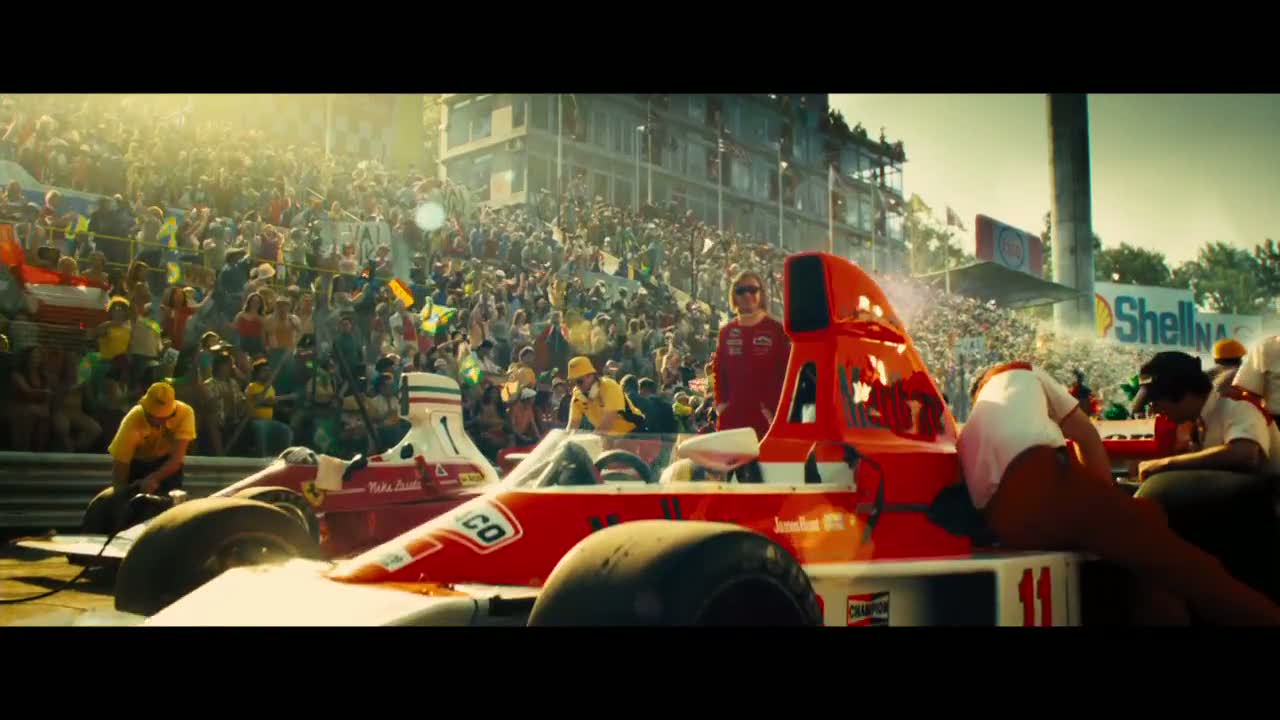 28
Why does snow appear to go up in movies?
5
How do actors wear winter clothing in LA during outdoor simulated snow scenes?

221
How do they film the mirror scenes in movies?
40
How do they film minors smoking?
11
Did they use the real Farnsworth House for filming?
16
How are bullet impacts in concrete walls created?
10
How do they film continuous blood pooling?
2
How do film producers and crews film movies based on entire or just a proportion of towns and cities (real cities and towns)?
8
How did they film Jim Craig's descent down that steep hill?