How does Elysium have nights?

In Elysium (2013), when Max and his crew reach Elysium, sometime later it looks like the sun goes down and the sky appears without a sun, like it was night. But, the outer structure of Elysium is very open and it is far from Earth for Earth to drop a shadow on it. It also has a massive open structure, so they cannot just cover it all up.

So, how does Elysium have nights?

Elysium is in Earth's orbit. It's reasonable, therefore, for it to have Earth between itself and the sun. Therefore, it's reasonable for it to experience "night" in the sense that the sun is not visible at times.

In 2154, Earth citizens live in poverty, and with inadequate medical care. The rich and powerful live on Elysium—a gigantic space habitat in Earth's orbit.

I agree with Johnny Bones' answer. I just want to add some more detail.

Since Elysium is in orbit around the Earth, it could be traveling on a path that would cause Earth's shadow to cover it up. This already happens to the moon, during a lunar eclipse. 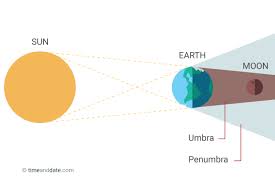 Note that Elysium's "night" would not last very long. For example, if Elysium orbits the earth once every 24 hours, then the "night" might only last 1 hour. That's because only a little part of Elysium's orbit is shadowed by the earth. If you picture Elysium's orbit like a circle around the earth (in the image above), you can see that most of the time the sun would be able to shine directly on it.

Not the answer you're looking for? Browse other questions tagged plot-explanation elysium .

1
Explanation on the ending of Elysium
8
Were Kruger and his men Elysium citizens?
10
How much involvement does the government actually have with the M.I.B. department?
8
Why were the med beds from Elysium absent on Earth?
2
How long does the President have to claim him?
3
How does the Flash have powers on Arrow S04E19?
14
How does he have those memories?
6
How does Nebula have access to these memories?