Why does Jonathan Hyde play two roles in Jumanji?

In the 1995 film Jumanji Jonathan Hyde plays two roles, one as Samuel Parrish, Alan's father, and the other as Van Pelt, a big-game hunter from Jumanji who is dead set to hunt Alan and other players to prevent them from winning the game. 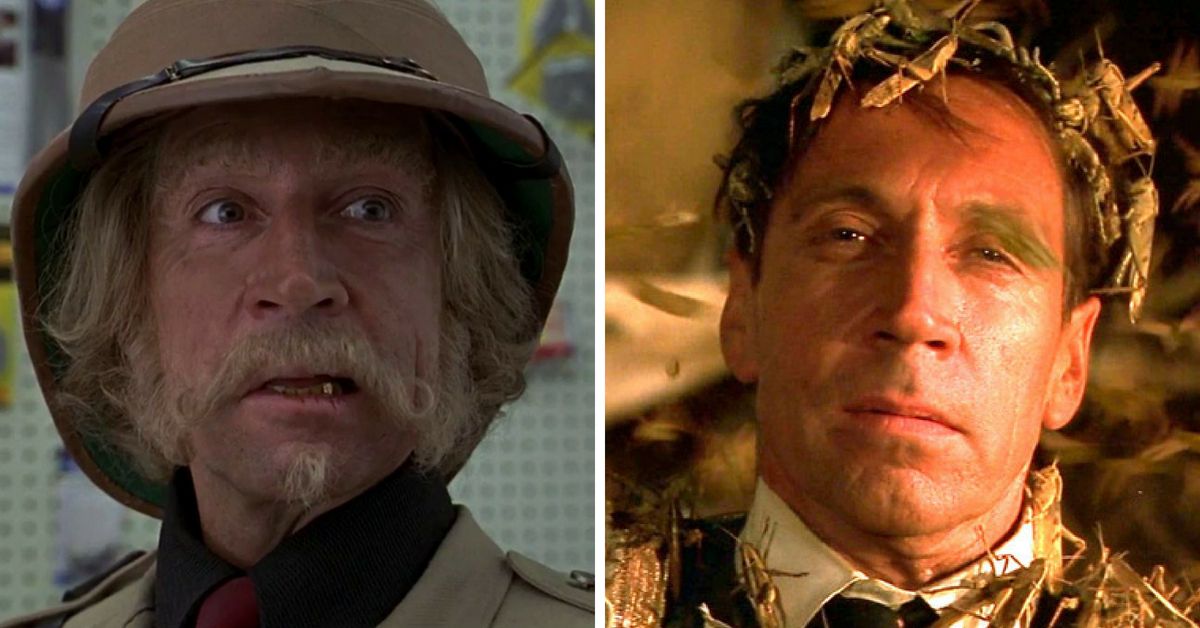 What is so significant about same actor playing these two roles?

They never said that up loud but the common theory is Hunter is manifestation of Alan's fears.

Jonathan Hyde plays both Alan's father and Van Pelt. A common theory is that Jumanji conjures up Van Pelt by taking the form of the person you had dreaded the most, and for Alan, it's his father—especially since Van Pelt spouts out the same criticism as his father.

Even part of this famous reddit theory and covered by hellogiggles too.

“I suggest that Van Pelt is a subconscious rendering of what Alan wanted to be inside the board game,” CnosOriginality says. “VP is a strong, fearless (British) hunter that could be the symbol of sophisticated masculinity, something that Alan lacks as a child and its something his father wants him to have.”

The game’s sequence of events is also very important! Alan rolls the dice. Then, after Sarah’s roll, wild plans appear in the Parrish house. Only then does Van Pelt appear—the illusion of Van Pelt is brought to life by the plants from those wild Jumanji plants.

“A chemical toxin that can take all your fears and insecurities and manifest them into the physical world? That sounds like something that could happen inside the world of Jumanji,” the Redditor reasons.

But no official confirmation of this theory I can get my hands on.

Not the answer you're looking for? Browse other questions tagged character analysis casting jumanji .

41
Why was Prowse chosen to play Darth Vader?
48
Why did three actors play Darth Vader?
20
Why are twins often cast for young roles?
4
Why did Werner Herzog play Zec?
15
Why were so many inexperienced actors hired for lead roles in Game of Thrones?
12
Why does John Travolta play a woman?
3
Why do they use the same actor for 2 different roles in an series?
10
What is the reasoning for casting two actors to play young and old Hugh Crain?
51
Why does Hollywood not use foreigners in foreigners' roles?
0
Why didn't Alan and Sarah destroy the Jumanji board game?