How many more years can Goku live?

During Evil buu saga of Dragon Ball Z old supreme kai have transferred his life force to Goku. He said

I only have another millennium or so to live anyhow.

Will Goku be able to live the same? 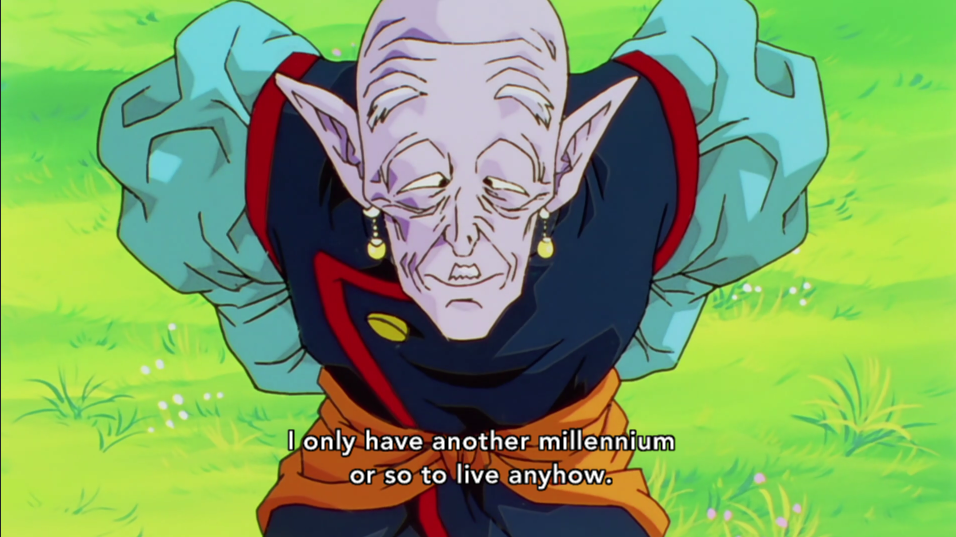 It's unclear in the source how does life force transfer work. Goku's death and time of it haven't been mentioned. Natural lifespan of his race is described here.

Dragon Ball Online is set in Age 1000, exactly 216 years after Goku left the 28th World Martial Arts Tournament to train Uub in Age 784 at the end of Dragon Ball Z.

According to its timeline, Goku dissapeared in the age 801:

Realizing his death is imminent, Goku, who wanted to settle their rivalry, left the Earth with Vegeta. Years later, a supernova explosion was detected; perhaps caused by Goku and Vegeta's battle.

Goku would be 68 years old at this point (65 years of difference between his birth in age 736 plus three years in the time chamber). That suggests that his natural lifespan hasn't been increased. Still, as far as I know his death hasn't been confirmed and he may reappear any time, still alive but past hist prime. The game itself is not an official continuation (but had Toriyama involved).

Note that in this universe there are other ways to maintain a long life even without being resurrected by a supreme being, such as paradise herb.

Not the answer you're looking for? Browse other questions tagged dragon-ball-z .

2
In Dragon Ball Z if Androids and Cell are stronger than Frieza, then how does the physics make sense?
2
Can evil Buu return to Dragon Ball Super?