Why does “Garfield” have so much product placement?

Why does the 2004 film Garfield with Bill Murray have so much product placement? And why did Jon put "Pepsi" and "Wendy" Stickers on his Train Set? 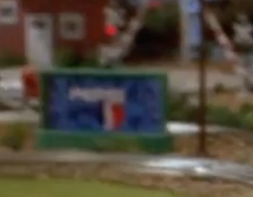 Well, maybe because Davis (the author of Garfield) wrote Garfield specifically to be "a good, marketable character." Before creating Garfield, Davis worked in advertising, and knew that if he could create a character he could sell, then it wouldn't really matter the content of the cartoon. Slate has an excellent article about the marketing of Garfield.

So, knowing that Davis isn't against marketing, he'd probably not be against it. Knowing that movies cost money, putting advertising in movies is a good way to fund the movie (especially if you don't expect it to recoup production costs). Hollywood Branded puts product placement for TV shows from $25k ~ $1m, but don't actually put a price on product placement in movies- but you can be guaranteed it's a significant amount.

As to why John would put those stickers on his train set, the out-of-universe answer is definitely because Pepsi and Wendy's spent money for product placement. For the in-universe answer, I have no idea. I think you'll have to find one of the 5 other people that watched the movie and ask them about it.

Not the answer you're looking for? Browse other questions tagged product-placement garfield .

88
First movie with product placement?
29
Did the tobacco industry fund MIB 1 and 2?
5
Can Product Placement in Movies break the 4th Wall?
17
Why does Arrow have so much Microsoft product placement?
8
Are weapon manufacturers investing in product placement?
16
Why is Applebee's in so many movies?
3
How did movie makers make “Odie” act with an animated Character in Garfield?
2
What's the name of the City where “Garfield” takes place?
1
Product placement in Thieves Like Us?