Why didn't the source of GH-325 come back to life?

Because GH-325 wasn't inside the Kree...it was derived from the blood...which is not the same thing.

The Kree dies because even though he probably healed rapidly (as we later see) it doesn't mean he couldn't be killed. If the damage is severe enough even Kree can be killed.

Whilst Coulson was killed, the GH-325 was only one of several treatments he was subjected to restore him to health.

When administered, the drug causes rapid healing by promoting advanced cellular regeneration, healing severe and fatal wounds, and in some cases can even revive the recently deceased.

That blue alien's synthesized blood became the source of healing but the alien itself had major missing limbs. 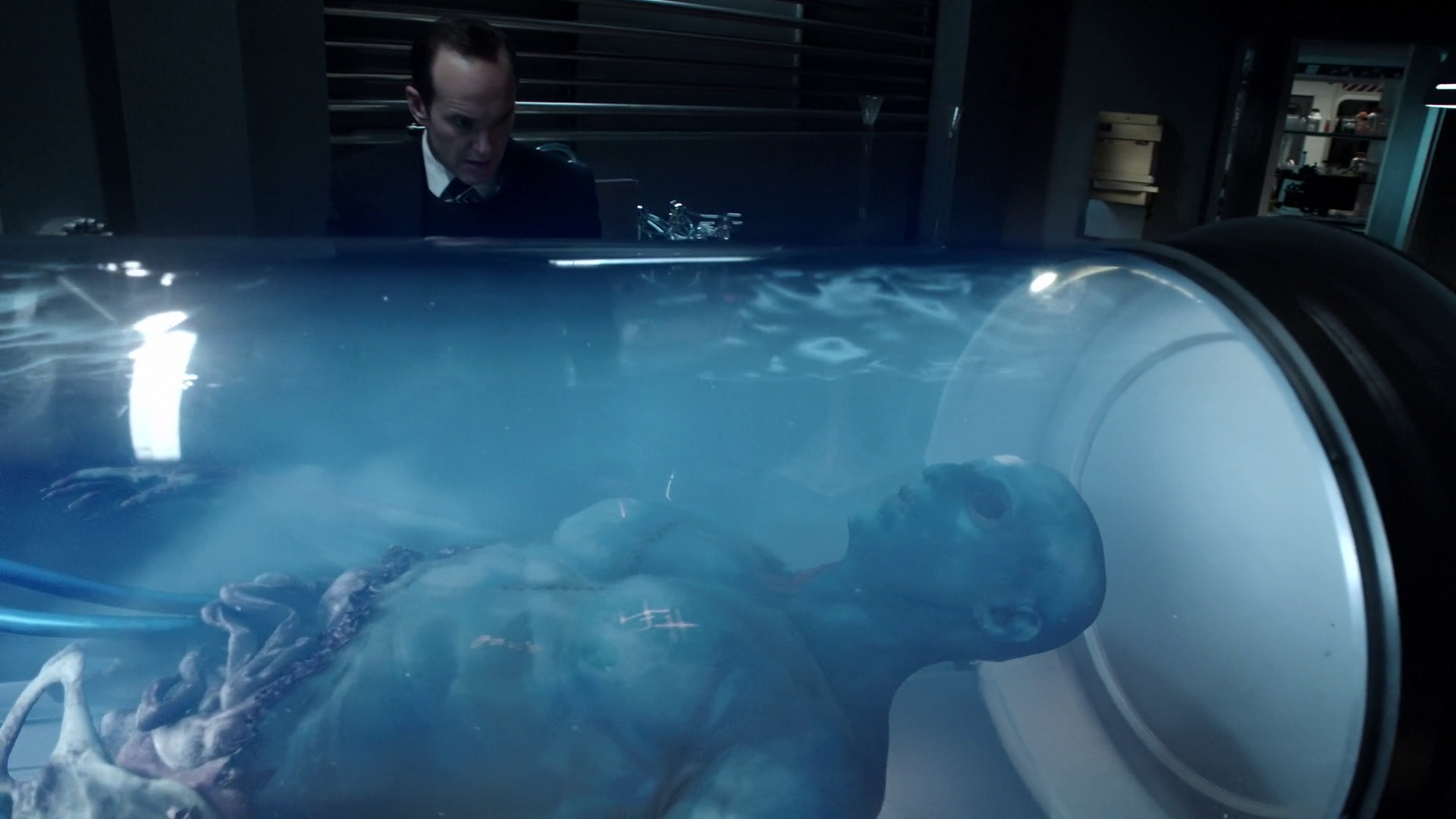 And we didn't see the fluid having powers to regenerate missing limbs. And how GH died is mystery till now so all would be speculation.

And in comics Kree need more nitrogen to breathe comfortably.

15
Why did Agent Coulson hand Thor over to Selvig?
13
Was Coulson dead or near-dead? Is Tahiti a metaphor?
5
Why was there no extraction plan in S01E07, “The Hub”?
11
Was Nick Fury treated with GH-325?
7
How did Trip enter the alien city unaffected?
6
Why does no one suspect this character towards the end of Season1/Beginning of 2?
4
Why Lash has been killing Inhumans?
6
How does merchandising work in the Marvel Cinematic Universe?
1
Why didn't Coulson call SHIELD when he got wind of Stane planning to wipe out Stark?
6
Why didn't Loki just use his scepter to steal the iridium?