Did the Infinity Stones get destroyed after the snap?

So after the snap, we clearly see that the gauntlet is destroyed or at least damaged, but we see Thanos disappearing using the Space Stone to go somewhere else.

So my question is, now that the gauntlet is destroyed are any or all of the stones destroyed?

The Infinity Gauntlet is seemingly damaged - we can assume that Thanos probably won't be able to use all the infinity stones together again due to level of damage to the gauntlet - but it is just a container. The most important thing is that Thanos still has all of the Infinity Stones, which essentially makes him the most powerful being of the Marvel Cinematic Universe.

So my question is, now that the gauntlet is destroyed are any or all of the stones destroyed?

Thanos was able to use the space stone to teleport away after the Gauntlet was fried, which means stones are not destroyed. At least space stone is not destroyed for sure - others seem undamaged as well.

I think this sums it up well enough and explains why the gauntlet might not be useable anymore, but Thanos still has all the stones.

This is actually pretty smart on the part of the writers and directors. It makes Thanos just powerful enough to be a huge threat (he was almost untouchable with just four stones), but not powerful enough that there's absolutely no chance the Avengers can beat him. It's a clever way of balancing the playfield a bit while still having the Avengers be the unquestionable underdogs in this scenario. The heroes need some way to undo all the death caused by the Mad Titan.

No the stones aren't damaged or destroyed, the Infinity Gauntlet is clearly damaged but the stones aren't. Thanos even uses the Space Stone to leave the area and preumably uses the Time Stone to reverse the damage to himself later on off screen. He also appears to "go into" the Soul Stone when he snaps so presumably at least those 3 work.

You can see the full scene here:

The Gauntlet is clearly damaged but a freeze frame of Thanos just as he disappears and (not coincidentally) healing his mortal wound from Stormbreaker shows that he is using multiple Infinity Stones at the same time. 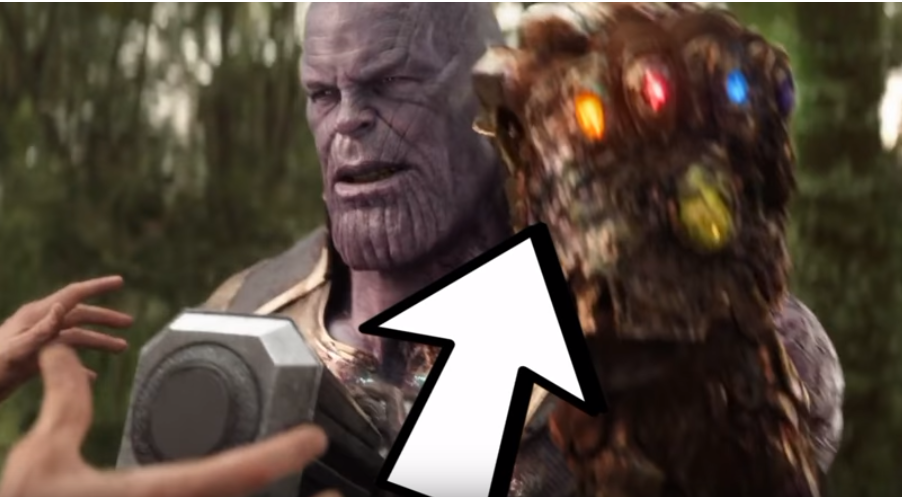 Therefore it's probably (if not necessary) that all of the Infinity Stones are intact and the Gauntlet still functional.