Why is this music box given a prominent role in the credits scene?

1: Nenokkadine is a Telugu psychological thriller film starring Mahesh Babu and directed by Sukumar. In the opening credits scene of this film, a musical instrument is given a prominent place. From a question on Music Stack Exchange, I learned it is a developed version of classical music box. 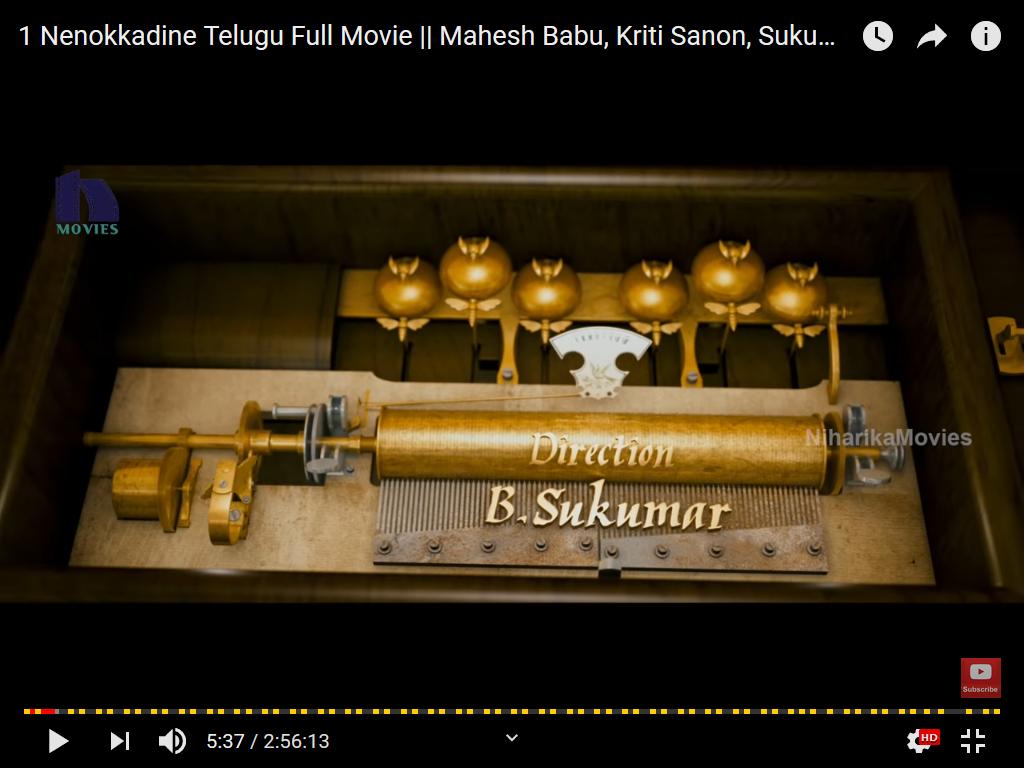 A similar music box is also shown in the climax of the movie.

Generally, props and scenes in Sukumar movies have some significance like the Rangasthalam title track giving hint about characters.

Why is this musical instrument given a prominent place in the credits scene? What is the meaning behind it?

This music box has a prominent rule in the protagonist's life. Hence opening credits are based on this box.

It is the box on which Gautam's mother sang rhymes for him. It's linked to his happy memories with his parents.

The protagonist in the movie Gautam (Mahesh Babu) is a rock star suffering from Schizophrenia. He imagines people talking to him even though they are no really existing. He forgets his identity. This always bothers him. Society doesn't believe his parents were killed by someone and calls him a liar. So he starts his journey searching the truth and his identity. By identity, I mean who he was in the childhood, what were his parents.

Gautam reaches London as a part of this journey. He could find out who killed his parents. But he was disappointed that he couldn't know the identity of his parents. In the climax, he remembers that the place is somehow related to his childhood.

During his childhood, Gautam used to get down from his school bus. He couldn't remember the way due to his illness. His mother was aware of his mental illness and teaches a rhyme on the same music box in which she gives way from his school to home. Now in his adulthood, He follows way to his home remembering each and every line in the rhyme. This rhyme was vital in Gautam's goal of knowing his identity.

Below is a YouTube video of climax scene where he knows his past.

The background score played in the credits is heard in the movie frequently when there are events related to his childhood. This is a blend of music heard when he recollects incidents like running away from his parents murderers etc., There is a female voice singing vocals. It is the tune of the rhyme which helps Gautam to reach home. So the opening credits gives a balance of his emotions both happy and sad.

This is why music box playing music is given importance in the opening credits.

Not the answer you're looking for? Browse other questions tagged analysis credits 1-nenokkadine .

3
What is the significance of the title "Rangasthalam"?