How did Dr. Stu Price lose his tooth in The Hangover?

In the morning after the big blackout in The Hangover, Dr. Stu Price realized that he was missing a tooth.

How did Dr. Stu lose his tooth? Did they talk about the lost tooth in a later part of the movie? Is it shown in the movie how he lost his tooth?

Here are the snapshots I took for you to let you see the tooth plucking scene. 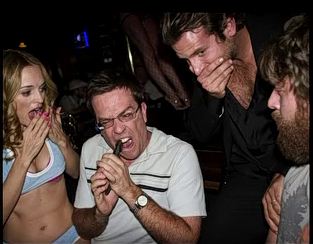 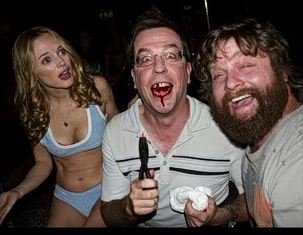 These scenes are shown in the credits when they were watching the video camera of what they had recorded of that night which was discovered later. The tooth plucking happened when they were in the bar where they met Jade. After the incident Jade and Stu got married to each other.

Do you mean how he lost it? During the night someone said he was a bad dentist and bet with him that he couldn't extract a tooth on himself, which he then tried to defend his honor as dentist, and well, he could.

I think this is told by somebody during the adventures of recollecting their memories (maybe the doctor at the hospital or Stu's "wife"). Or maybe it was even shown as part of his wedding video.

Not the answer you're looking for? Browse other questions tagged plot-explanation the-hangover .

22
How do they show a tooth-less mouth?

9
What does the line "Bangkok has him now" mean?
2
Why did his sister make a scary face?
5
How many people did the killer actually kill in the 1st season of True Detective
3
Why did Alan name the baby Carlos?
15
Will Thor lose his powers?
5
How did Torreto lose his cross from his neck in Fast Five?
5
How did Batman maintain his physique during his exile?
38
Why did Cap lose his temper in Avengers?
3
How did the two strange people also get to know about the Beatles music?