What is the context of the garages in The Americans?

Throughout The Americans, Philip and Elizabeth often perform operations out of these random garages throughout DC. Much of the final arc revolves around these garages.

Can someone explain how these garages work (or worked)? My US city doesn't have small one-car garages throughout the city you can rent. Who would use these garages? They're often portrayed as in the poorer parts of town.

I've lived in Washington, DC, for a long time but haven't seen The Americans, so I was going to leave a comment asking for a screenshot of the garages you're talking about, but I realized I don't have the reputation on this SE to leave a comment. However, from your description of single-car garage buildings that look like they're in rough parts of town, I think I know what you might be referring to.

It sounds like you're describing the back-alley garages that can be found behind rowhouses/duplexes in neighborhoods built back in the early 20th century or earlier, when the houses weren't built with the expectation that people would have a car, so some of the homeowners built their own small garages facing the alley in back of the house.

Nowadays many homeowners still use these garages as originally intended, while others use them as workshops or storage spaces and still others will make a little extra money by renting them out for other people to use. This isn't just a "DC thing" but pretty common in the neighborhoods from that era in a lot of US and Canadian cities.

Here's an example of an alley I'm familiar with in DC: 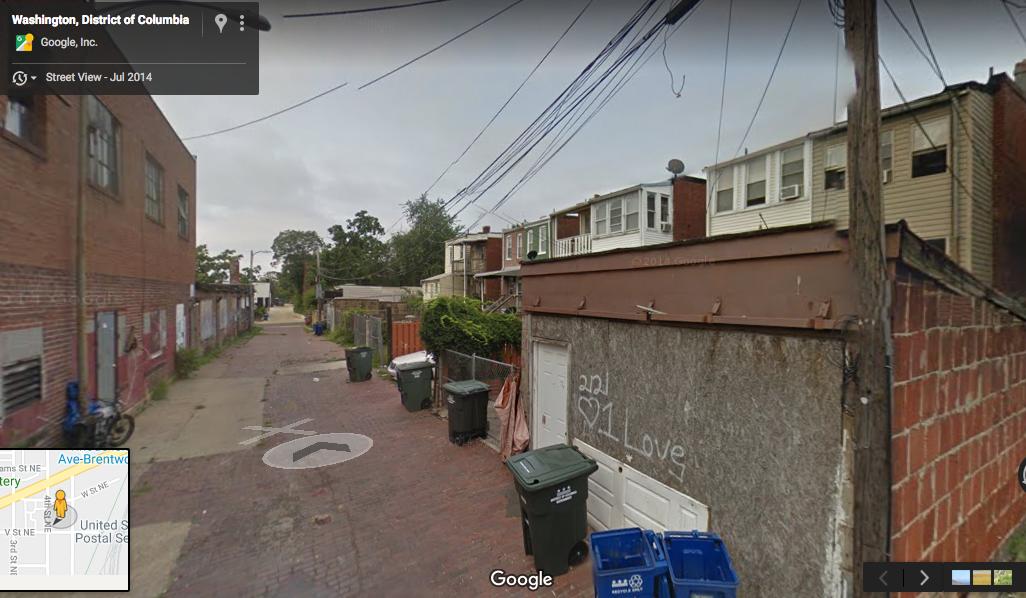 You can see the garage in the foreground has had its garage walled off with a regular door for entering, so it's probably used as a workshop or something now, while there's another garage in the background. This alley might look pretty dilapidated, but it's really not a particularly bad neighborhood; this is what the same houses look like from the street side: 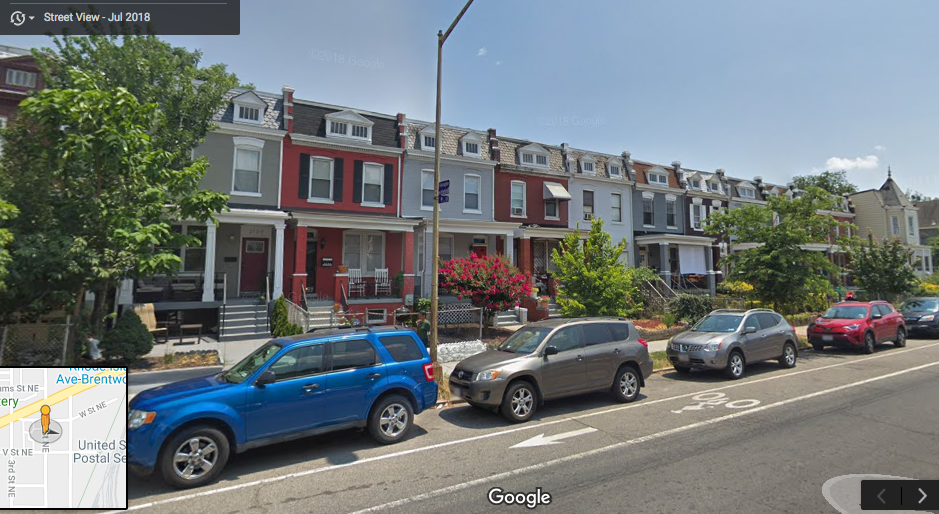 And it's certainly possible that these are being rented out; here is an example of a single-car garage in DC being offered for rent, presumably by a homeowner looking for some extra cash.

Like I said, this seems common in this type of oldish neighborhood in the US and Canada in my experience; it's quite possible your city has plenty of these too in neighborhoods from that era and you just never went down a back alley to see them.

5
What is the meaning of pin the KGB-resident gave Nina?
5
Have either of the Jennings used the "rub your thumb" technique in previous episodes?
6
Are the homes in The Americans realistic for the economy in America in the 1980s?
4
How many years have passed between season 5 and 6 of The Americans
2
What are Paige's prospects for her future?
2
In season 5 of The Americans, what was the Russian TV show shown?
0
Will there be a seventh season of The Americans?
6
Why Did the Jenningses Return to the USSR?
2
Why Was Elizabeth Afraid to Keep the Painting?