Are Agent Barton and Agent Romanoff ever called 'Hawkeye' and 'Black Widow' in the MCU?

I recently read an article that claims Hawkeye, Black Widow and Scarlet Witch are never called by their comic-book names in the movies. While I'm pretty sure this is true for the Witch, I'm less sure about Black Widow and Hawkeye, partly because they've been around for longer and in more movies.

Now, I recall Selvig calling Barton "The Hawk" right before his first scene in Avengers, but I'm talking about references involving the full names: "Black Widow" and "Hawkeye".

Are there no characters that call them Hawkeye or Black Widow? Is there not even an Easter Egg referring to these monikers?

Yes, at least once.

Barton is referred to as Hawkeye in Age of Ultron:

Laura Barton: What about Nat and Dr. Banner? How long has that been going on?

Clint Barton: Has what? [Laura laughs]

Laura Barton: You are so cute.

Romanoff is referred to as Widow in Age of Ultron:

Steve starts pulling on the hammer and manages to budge it a little; Thor looks a little alarmed. Steve still fails to lift it; Thor laughs with relief]

Natasha Romanoff: Oh, no no. That's not a question I need answered.

Tony Stark: All deference to the man who wouldn't be king, but it's rigged.

Clint Barton: You bet your ass.

In Avengers, the Russian general calls Natasha "The famous Black Widow" in Russian 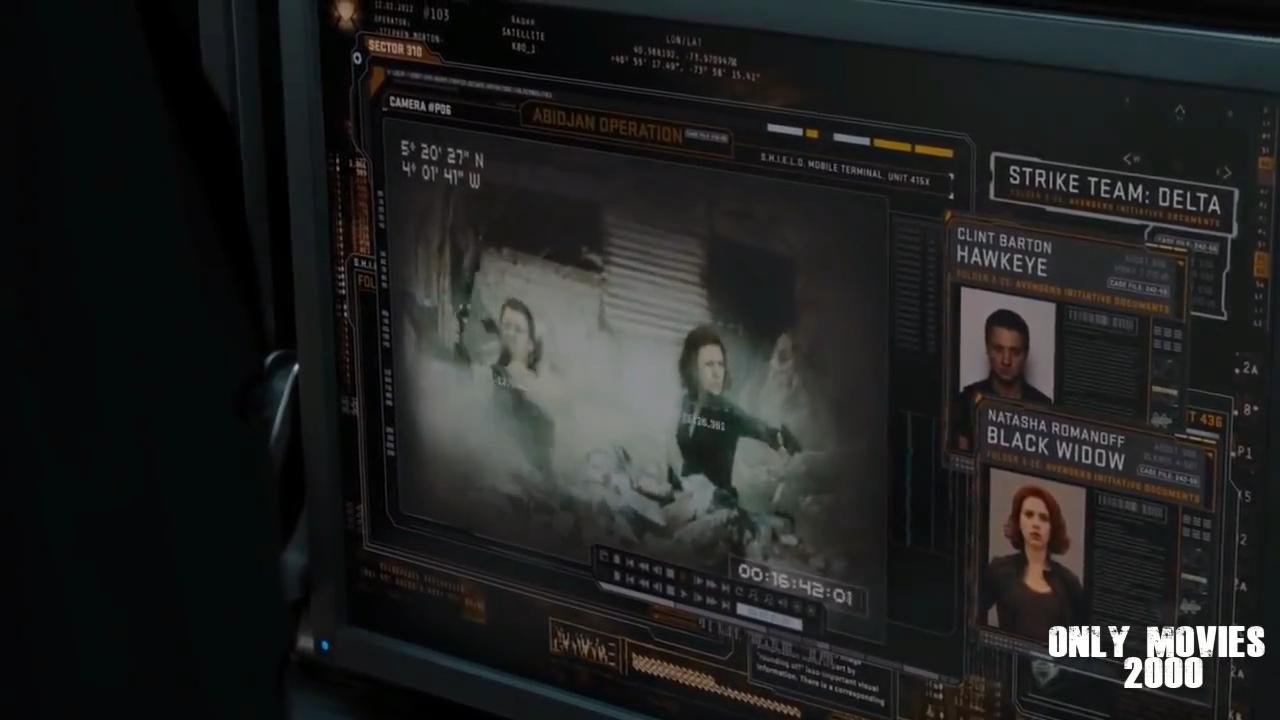 Credit goes to @ash108 for finding this.

During the Battle of New York, Natasha calls out to Barton using his Hawkeye moniker

See the very beginning of this clip

Credit goes to @UselessInfoMine for finding this.

An additional instance not mentioned already:

In Captain America: The Winter Soldier, during the climactic helicarrier battle sequence:

Soldier (on radio): Sir, the council's been breached.

Soldier (on radio): Black Widow is up there.

They’re all at some point named their comic book aliases. I can see that Hawkeye and Black Widow have already been answered, so I’ll do Wanda:

[WANDA] Let go of my children.

[AGNES] Oh, yes, your children. And Vision, and this whole little life you’ve made, this is Chaos Magic, Wanda. And that makes you the Scarlet Witch.

45
Why do the Avengers have bad radio discipline?
28
In MCU, Hawkeye and Black Widow talked about Budapest. What really happened in Budapest?
8
Are Agents of Shield Storylines/character ever referenced in MCU films?
4
What is the significance in Hawkeye and Widow for the team?
16
What are Bruce Banner's Ph.Ds in the MCU?
9
Why did Black Widow give the spear to Proxima?
4
Which prior MCU films are specifically travelled to, or called out in Endgame?
13
How do Barton (Hawkeye/Ronin) and Romanov (Black Widow) end up on the Benatar on Morag in 2014?