Why is there a "B" in Sabrina's hand?

I just started Watching The Chilling Adventures of Sabrina, and while showing the credits I noticed that there is a "B" in Sabrina's hand when the name of the series shows.

They could have used S, the starting letter of her name, but why B?

It's actually an initial on her letterman sweater. Sabrina attends Baxter High School.

Sabrina Spellman, a teenage half-witch who lives in the town of Greendale with her aunts, her cousin Ambrose, and her familiar Salem. Unbeknownst to Sabrina, when she was just a year old, she was taken from her mother, Diana, by her aunts with the approval of her father, Edward. Sabrina was told that her mother died and she hasn't seen her father since she was young. While Sabrina is taught witchery by her aunts at home, she lives a relatively normal life in public as a cheerleader and student at Baxter High School. No one, including her boyfriend Harvey, is aware that she is a witch.

Just to clarify, in the United States we sometimes celebrate our schools with various activities, such as sports & clubs by wearing Letterman apparel or varsity clothing. Usually it's a single initial on the front (and sometimes the full name on the back) of a piece of clothing such as a sweater, cardigan, or a jacket. It's very common for those attending a university, but has extended itself to other levels of education, including High School. It's also not unlike soliciting a favorite local, national, or international sports team.

An Example is Archie Andrew from the [pseudo companion] TV series Riverdale often seen wearing a Letterman jacket, as he plays football for his school, Riverdale High. 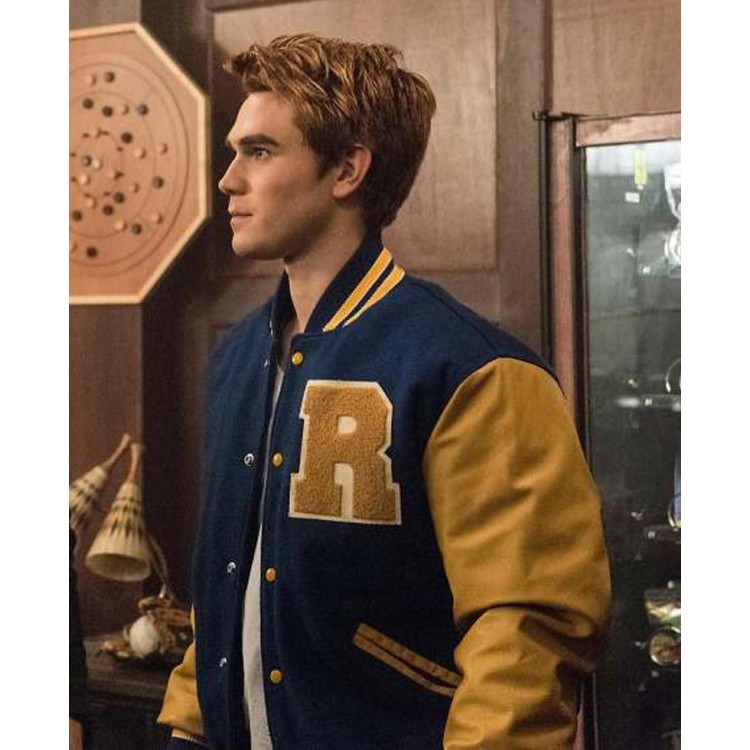 Not the answer you're looking for? Browse other questions tagged credits the-chilling-adventures-of-sabrina .

103
Why do movies still have credits?
13
Why is Alan Moore's name not shown on the Watchmen credits?
6
Non-credit in Julie and Julia
25
Why aren't the songs from a TV show credited in the end credits?
13
Which movie started the common practice of 2 sets of closing credits?
5
Why is there a crown on Diana's head?
11
Why some TV shows like morning shows have no ending credits?