In Walt Disney's 1953 animated adaptation of Peter Pan viewers are introduced to some young mermaids all being found of Peter, but a bit jealous of Wendy.

In 1989 Disney also adapted Hans Christensen's The Little Mermaid into an animated feature.

Although the coloring technology is much more vibrant in The Little Mermaid, considering it was made 30-some years later and that Peter Pan mermaids seem younger, there still seems to be a lot of similarity in the way both sets of mermaids are drawn/move, especially the red head in Peter Pan contrasted with Ariel. 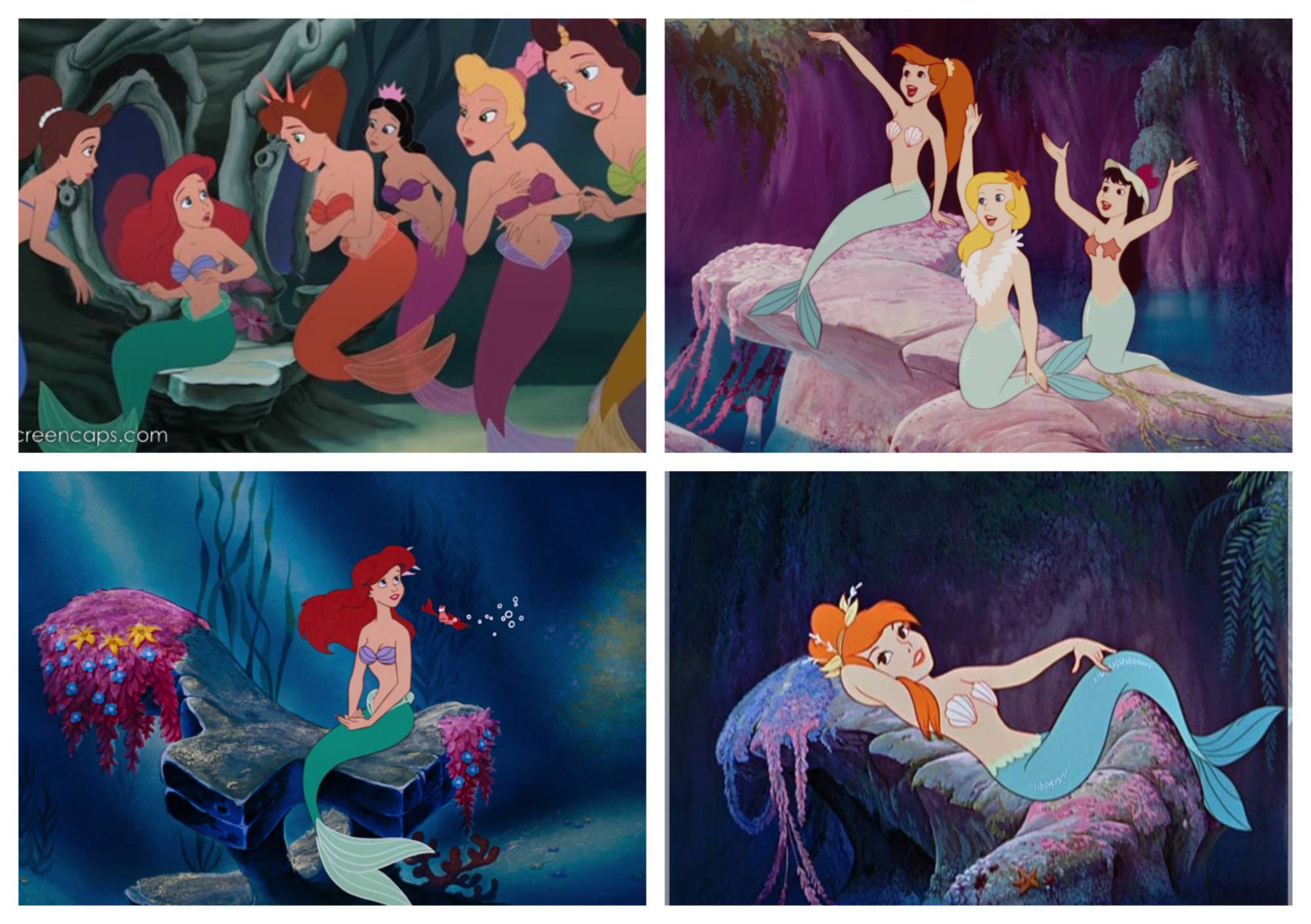 I realize that these are both works from Disney and perhaps there isn't much they could do differently, because they may be trying to preserve a certain kind of stylization in their animated classics, but

I was wondering if this was more than coincidence and if The Little Mermaid animators and producers looked back to Peter Pan for inspiration?

Well Fred Moore did the animation for the mermaids specifically, for Peter Pan... He was the resident animator until the 50s or so, (dying in 52).

There were many animators for The Little Mermaid, supervising animators being Glen Keane, and Mark Henn for Ariel, and Ruben Aquino for Ursula, as examples.

The Little Mermaid is an interesting film because it was the last 'hand animated' film ever done by Disney, and it was produced through their Disney MGM Studioes, on top of that, they did a sort of "motion capture" filming actors to help the animators... but that's besides the point.

The Little Mermaid also tried to harken back to Disney roots of the questing female against all odds tropes. Because of this, one could assume that Disney, on top of trying to keep a consistent style for their works were inspired by their previous works. However it's impossible to know. Glen has been interviewed to say that his design of Ariel was based off his wife... Disney is quite famous for reusing their assets in other films... So I wouldn't be surprised if someone said, "do them like this, but different".

On top of that, besides the fact they're mermaids, and there are only so many ways to draw them keeping specific stereotypes in place... I don't find their earlier style, that much in common with the 'newer'... All of their features are 'bumped up'. But suffice to say, it would be more than a coincidence, considering Disney's laziness.

Not the answer you're looking for? Browse other questions tagged reference peter-pan the-little-mermaid .

60
Does Disney no longer produce hand-drawn cartoon films?
17
What is the reason behind this musical reference to Pinocchio in the Close Encounters main theme?

14
Was the Johnny B. Goode scene from Back to The Future inspired from Top Secret?
16
How much influence did the animated Lord of the Rings movie from 1978 have on Peter Jackson's trilogy?
9
What video game are the ninjas from?
3
Are any of Peter Parker's early costume designs allusions to the comic books?
5
Who are the characters from which the five detectives are based in movie Murder by Death?
13
Inverted rainbow in The Little Mermaid
8
Are the first two episodes of season 4 of Bojack Horseman borrowing plots from films?
79
Who is the true villain of Peter Pan: Peter, or Hook?