Alice growing effect in 1972 "Alice's Adventures in Wonderland" - how was it done? It's not green screen

How was this scaling effect done?

My first assumption would have been green screen, but it's clearly not - she's taking on all the light and shadow from the scene around her. Even modern green screen probably doesn't look that good. Well maybe only nowadays, but certainly not back in 1972 or even 10 years ago.

She scales up perfectly, and then at the end, falls against the wall, interacting with the scenery.

I've tried to wrap my head around how they could have done it with forced perspective somehow, while moving her and the background towards/away from the camera, together or separately, but that just doesn't work...

I agree with BlueMoon93 that the illusion of growth is obtained simply by dragging Alice towards the camera (note that her legs and the floor are not visible).

However, I think that Ames room was not used. The room could have been perfectly ordinary. Meanwhile, the wall to the right, which Alice got thrown against, did not actually join the ceiling: if you take a close look at a still frame, you'll notice that there is no white border between it and the ceiling, like the other walls have, and the left side, where it seems to join the far wall, even is curved, probably to accommodate the pictures. And I didn't see any moment when Alice's shadow passed from this wall to the ceiling.

To sum up: Alice is dragged towards the camera, probably on a cart, and ends up next to a small, say half a metre high, fake wall. Clever lighting masks the gaps. 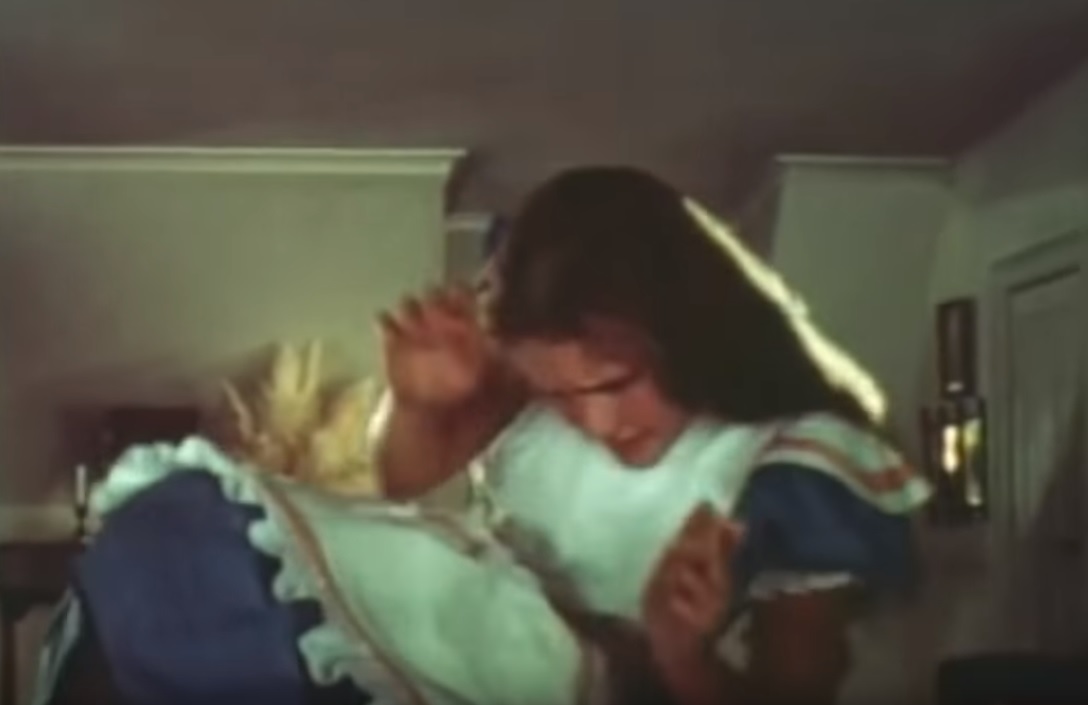 UPD: I went back a little and noticed that the original wall was also sloped, so this is not an argument in favour of a separate wall per se. Nevertheless, while I don't have definite proof, such approach would definitely be much cheaper than building a full Ames room for a few seconds of screen time. 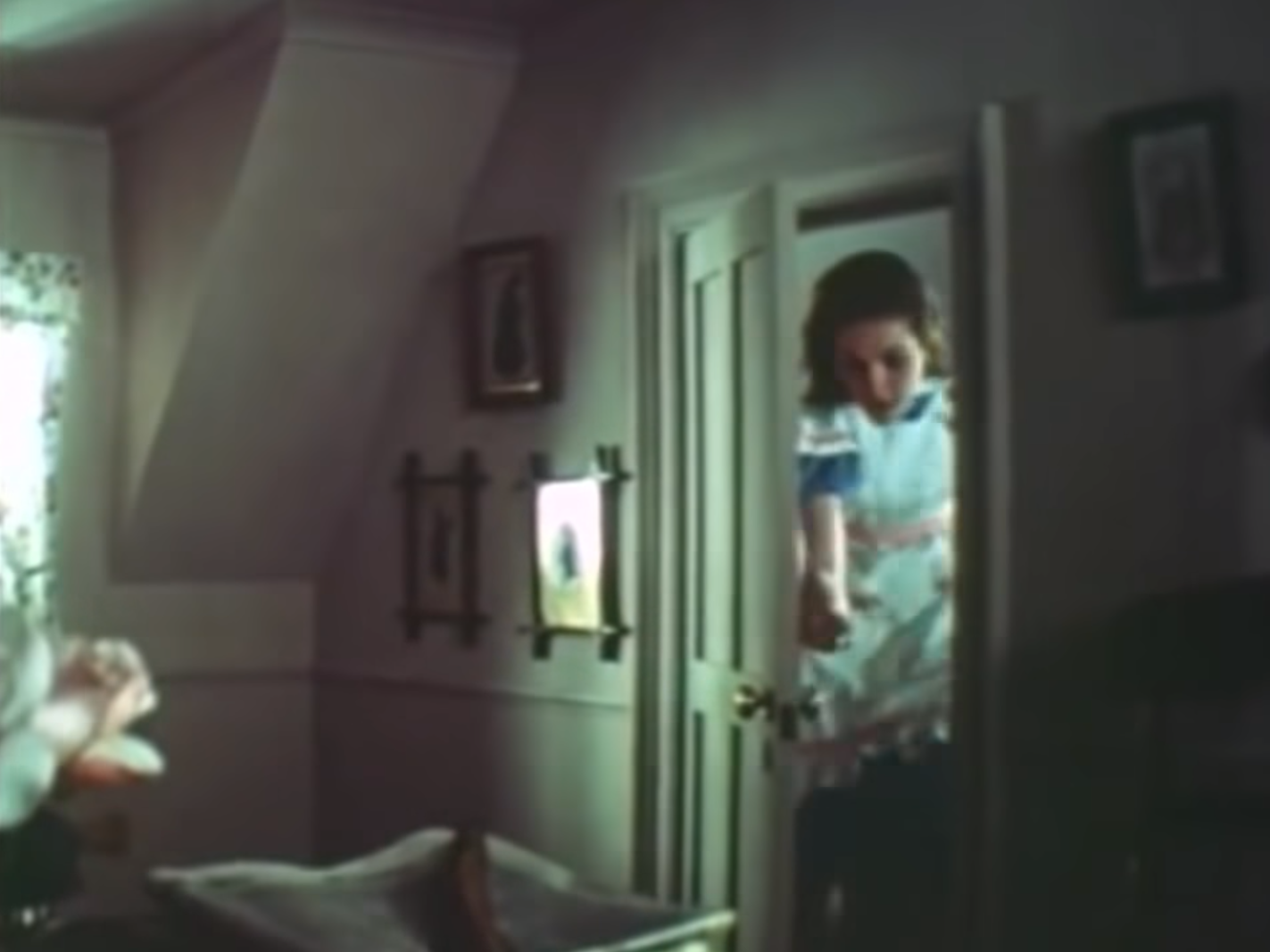 The Ames Room, forced perspective, and moving towards the camera.

She is pulled towards the camera in the beginning, and then moves to the right area, which is much smaller than the left area. After the camera cuts, it's just a tiny room with miniature everything and Alice in it.

Not the answer you're looking for? Browse other questions tagged film-techniques effects alices-adventures-in-wonderland .

14
Kid's pictures in Clint Eastwood's True Crime (1999)
7
Was the final shot of Halt and Catch Fire S3/Ep8 done with a green screen?
3
What is the name for a film that sets up another film?
6
How was the three-breast effect done for the prostitute?