Does this pin Claudia wears have any significance?

After rewatching the TV series, The Americans, I started to notice that in later seasons, such as seasons 5 & 6 the recurring character Claudia (Margo Martindale), who serves as the Jenkins on again and off again KGB Handler, is often shown wearing a pin or broach of two squirrels playing/fighting over a nut. 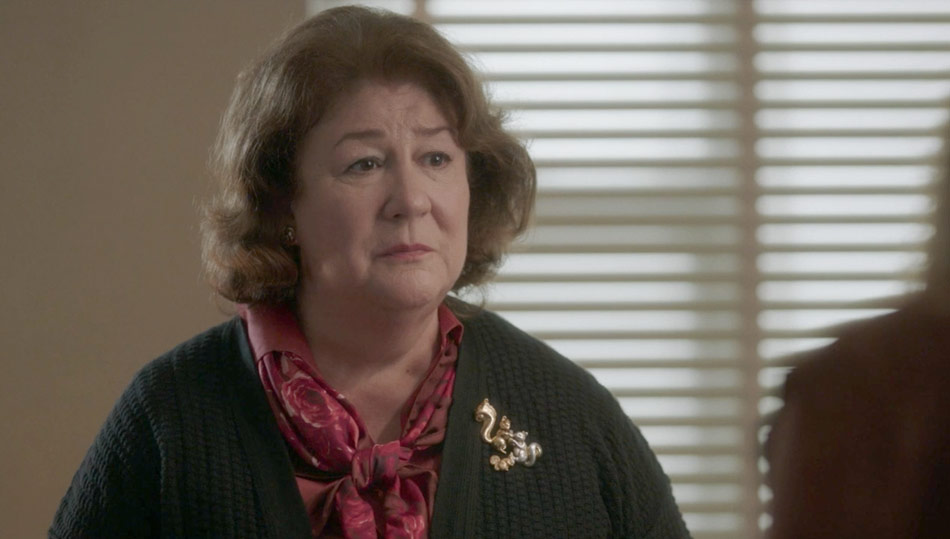 I can easily speculate that Claudia's choice in pins or broaches is part of her cover in wanting to look like a kind older lady and/or that the squirrels 'fighting over the nut' is a kind of 'quirky' metaphor for the Cold War/Nuclear Arms Race, but outside of those two things,

I was wondering if there was any other significance to this particular broach? Is there something else I am failing to see that perhaps relates to her character more personally or the KGB?

The brooches were indeed picked for a reason and it does have something to do with Russia. From StyleCaster's interview with the show's costume designer, Jenny Gering:

For those viewers with an eye for any conspiratorial details, look to the wardrobe of Claudia, the couple’s KGB supervisor. “Margo [Martindale, the actress] and I decided she would have a collection of brooches. I chose the squirrel as it’s a very symbolic animal in Russia. A little nod to her ancestors.”

Martindale herself elaborated in The Atlantic:

I did know last year what my personal life was. I had in my head how I lived, what kind of life I had. I even travel with one little collection of things that I brought from the homeland. One collection is squirrels. Squirrel pins. Every time you see me I’m wearing a squirrel pin. The idea came from Jenny [Gering], the costume designer. We talked about how wildly fun it would be. Because I talked about Justified and things I had decided that made the character, inspired me. Why did I wear a belt around my waist? What kind of shoes I had on? All these things I brought, but I kind of created with the designer. And Jenny and I did that with these squirrel things. And maybe I should have kept it a secret, but I collect squirrels. They are a symbol of something good in Russia. So check it out. I’m always wearing a squirrel.

Not the answer you're looking for? Browse other questions tagged reference the-americans .