Does Iron Man 3 have any other Avengers in it?

Are any of the other Avengers going to be in Iron Man 3? Or is he flying solo?

Iron Man 3 doesn't feature any of the other Avengers, or Nick Fury showing up, or any of those world-blending conceits that the Phase One films had.

You have to keep in mind that Iron Man 3 had been in the works for almost a year, year and a half before The Avengers was released. We're sticking to the vision for these films, and showing once again that these characters are just as interesting alone as they are together.

There was a rumour that actress Stephanie Szostak was playing Janet van Dyne (Wasp) (she is a founding member of the Avengers in the comics). 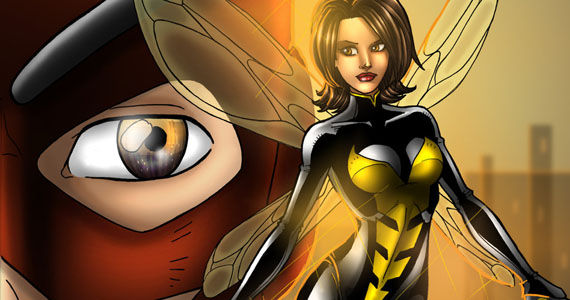 Yes - if you wait right until the very end of the credits, there's a sequence involving Mark Ruffalo as Bruce Banner. It's just a little joke though and not part of the main plot.

Otherwise, no other Avengers appear.

Samuel L. Jackson said none of the Avengers are gonna be in Iron Man 3. Here is a source: http://www.whogottherole.com/movie-news/nick-fury-wont-be-needed-in-iron-man-3-24324

I just returned from the showing.

There are no Avengers in the film, but hang around until after the credits if you really want to see another member of the team...

The answer is no. There is no new avengers in Iron Man 3.

She is playing Ellen Brandt not completely like her comics part and she is given with Extremis virus. Which made her powerful villain not an Avenger. If Ellen Brandt survived somehow(shown killed) then she can be used in Marvel Universe for her connection to Man-Thing and Dr Strange but that's all rumor at the moment. For now there is no new Avenger in it.

Bruce Banner's appearance is there after credit but he is not the part of the main story.

The cast listed on IMDb doesn't have any members of the Avengers listed.

No Avengers who were Avengers at the time. However, War Machine/Rhodey does feature prominently. He joins the Avengers in the second recruitment at the end of Age of Ultron.

13
Where was the Hulk during the events of Iron Man 3?
16
Why was S.H.I.E.L.D. noticeably missing from Iron Man 3?
8
Why is this formula useful in Iron Man 3?
6
Association between antagonists in Iron Man 1 and Iron Man 3
8
Why didn't Iron Man bring "more suits" to help his team mates?
10
In Iron Man 3, who is the Mandarin's Boss?
5
Does Stan Lee's cameo in Iron Fist have any meaning?
4
How is Iron Man communicating with the others on Titan?
1
Why did Iron Man give a different treatment to Dr. List?