2001 A Space Odyssey. Dave’s clothes and food change while watching the news [closed]

Around 50 minutes in, Dave tunes in to the BBC World News. While he watches, he is eating. If you watch closely the portions of his tray are inconsistent and he changes from his casual uniform to what looks like a bath robe when the camera switches sides. I’ve tried earnestly to find an explanation so I created an account just for help finding some info.

They are two different people, though admittedly they do look somewhat similar and you don't see them both very clearly for very long. 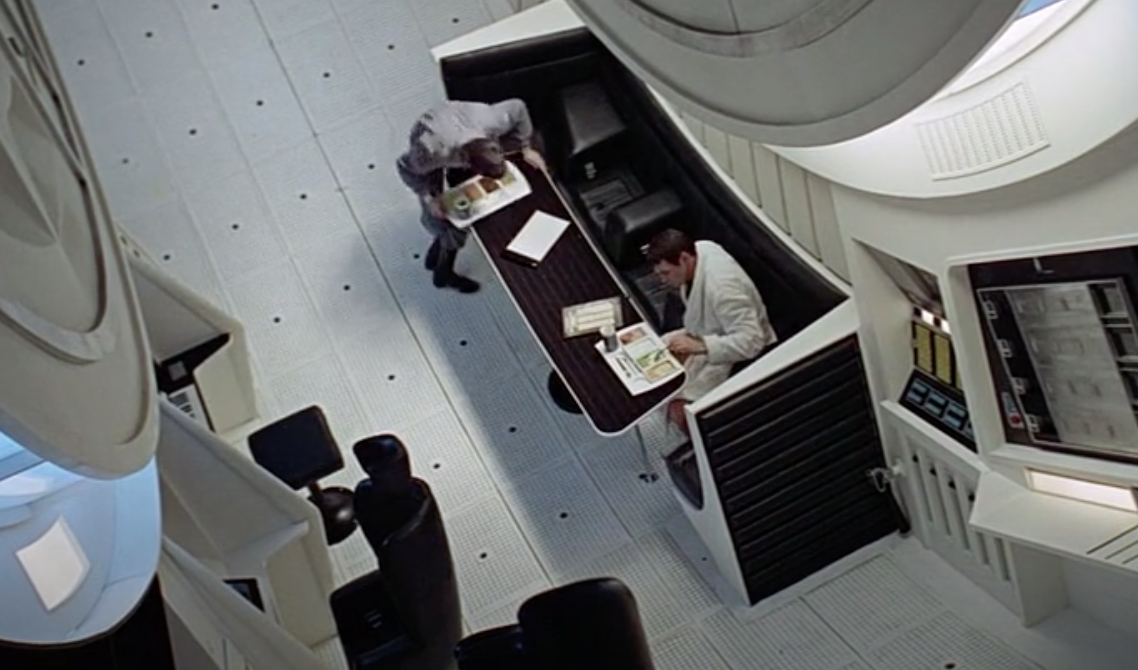 The guy in the robe has less food on his tray as he started his meal before the scene starts. The second guy fills his tray at the food dispenser and joins him at the table so his tray is full.

Not the answer you're looking for? Browse other questions tagged 2001-a-space-odyssey stanley-kubrick .