In the third episode of the conspiracy-heavy TV series, Homecoming, recovering veteran Joseph Shrier convinces his former comrade Walter Cruz that they need to escape Mirror Pond's wellness center/Homecoming program, believing that something nefarious is happening. Shrier wants to prove to Walter that they may not even be in Florida, like they have been told. 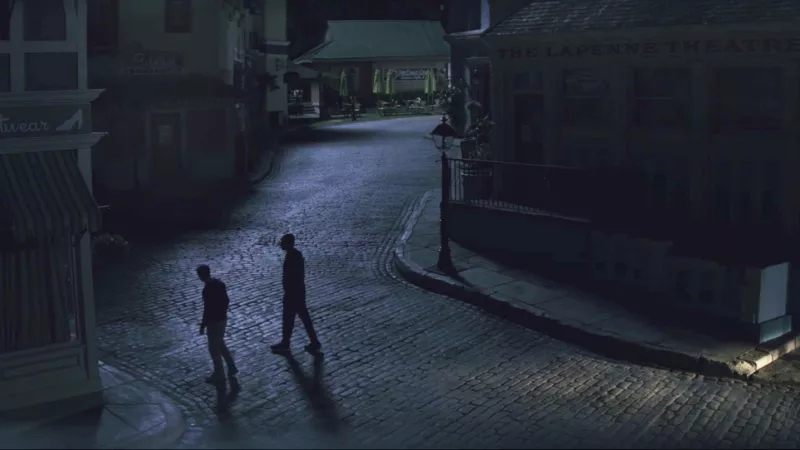 The two then steal a van and take a little [thematic] road trip. It takes them a long time, travelling from day to night, before they come across a small village, which results in Shrier almost killing a man, mistaking a flashlight hanging from his belt as an offensive weapon. Later, after going back to the wellness center, they are told that this is retirement community.

But is this really a retirement community?

It could be either since it's not shown again, I guess we will have to wait for a second season (if they address that). After Walter discussed the event in a session I just assumed it was a retirement community.

The reason why Shrier got kicked out was his increased paranoia - Colin actually wanted to expel both Shrier and Walter because it was not the type of result he was looking for in the "clients". So far there's no more evidence in the show - it doesn't seem to be important for the overall plot.

Not the answer you're looking for? Browse other questions tagged plot-explanation homecoming .

6
Did Mary really attend the French class?
3
Was the nun really the mother?
1
What really happened in the chemistry lab?
1
Who really takes the jewels?
5
How did the Swooping Evil Venom infused rain affect the magical community?
15
Are the aliens really hostile?
43
What does the Night King really want?
3
What's the meaning of the shoelace scene in Homecoming?
11
Did the ending really happen in Baby Driver?