What is the proximity of the camera to the interviewee in The Office?

Are there any shots in the office’s ‘traditional’ interviews i.e. when they are in the office space doing an interview, which demonstrates how close the camera is to the interviewee-?-

In episode double date S6E9, at roughly 14:35 there cuts to an interview with Dwight.

It begins like an ordinary interview in the normal frame position. During the interview, Dwight dramatically leaps his hand to the floor to demonstrate the height of a newly grown mushroom. During this stunt, the camera zooms quite far out to reveal its actual location of the camera - way across the ‘room’.

While this is certainly not concrete proof of the camera location on a consistent basis — as the camera could have been pre-staged to enable the capture of this particular shot — it is does resemble the way all other interviews are presented on screen. And thus is something to go off of.

In-universe: Most likely at least several feet, or the full width of the conference room

In addition to the answer above, we can see that the talking head set-up has space that allows at least one extra person between the subject and the camera: 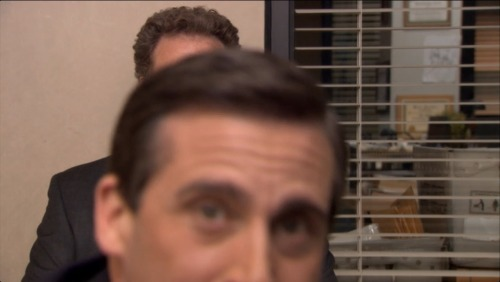 We can estimate that Deangelo (red circle) is sat opposite the camera (which is either shoulder-mounted or on a tripod)/camera operator (slightly larger blue circle) and/or interviewer (smaller blue circle). This leaves the green space free for Michael to sneak in. 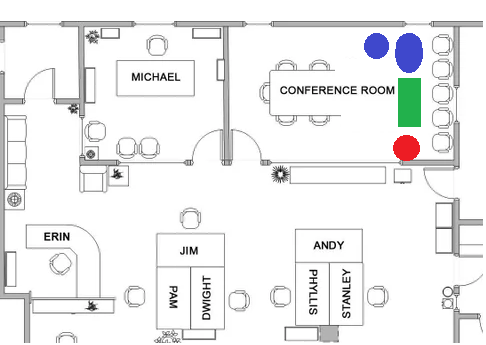 As most of the talking heads are similar framing, it seems reasonable that once the documentary crew establish a position that works, they wouldn't change it.

Season 9, episode 1 offers another example of the proximity of camera and subject. As the camera zooms out from the two-shot, we can see plenty of space in front of Jim and Pam. It appears that they're mirroring the set up Deangelo used, shown above.

Out of universe - Most likely the same, but with extra room when needed

We know that the set has fake walls which can be moved/removed in order to get a shot. We also know that, as described in the other answer, that the cameras had lenses which allowed for either close or wide shots.

But here are two images that (almost) show how close the camera is relative to the actor, and for what shot type: 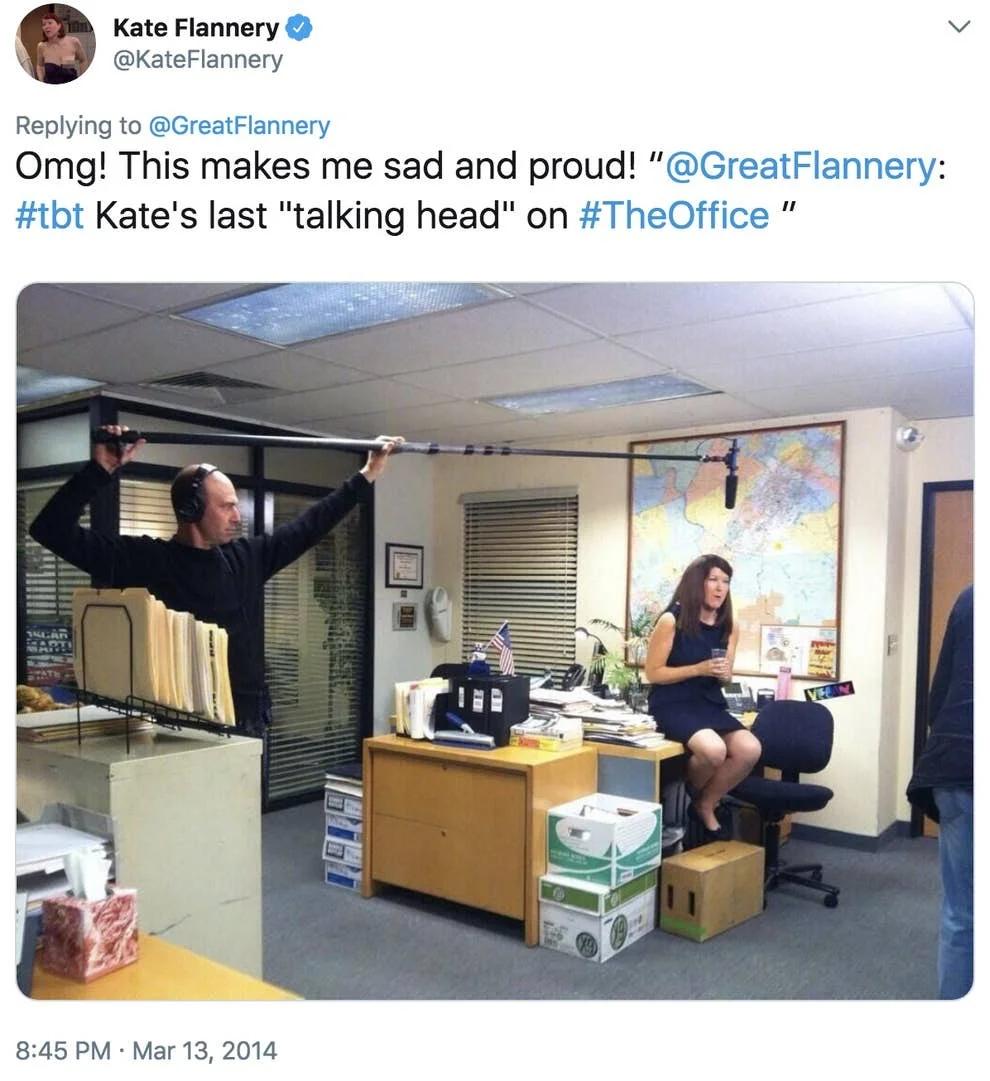 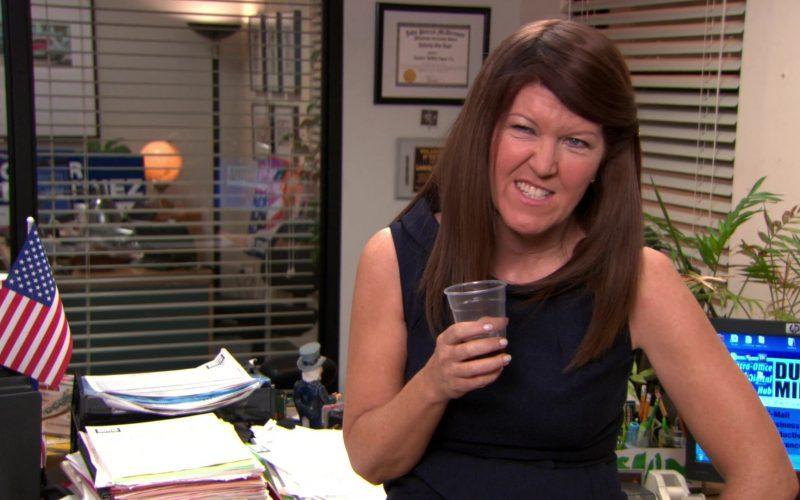 We know the conference room where the talking heads are traditionally filmed is probably wide enough to allow a similar gap between actor and camera, but the wall could also be removed in any case.

Not the answer you're looking for? Browse other questions tagged the-office .

9
How did Pam become the office administrator?
9
Did Jim turn down the corporate job?
1
Why would they redact it if they didn't think Toby wrote it down?
10
Does the DM Scranton office have more than one exit?
6
When and how did Dwight and Angela actually start their affair?
7
What can be said of Creed getting the security guard's name right?
1
Are the driving scenes in the Office filmed while the actors are driving?
2
How was this scene from The Office done?