Do District 9 and Chappie take place in the same universe?

Spoilers ahead for District 9 and Chappie.

In the movie Chappie, the largest corporate entity, responsible for manufacturing the titular robot, as well as the Moose, and many other weapons, is Tetravaal. Chappie is arguably Tetravaal's most prominent appearance in Blomkamp's films.

On re-watching District 9, though, some Tetravaal branding appears during the raid on the UMN building; there's Tetravaal signage in the hallways, although it doesn't seem like the name appears anywhere in the dialogue, so it's unclear what Tetravaal's link to UMN is — although the branding seems prominent in the weapons development areas of the UMN building.

Given that this entity appears in at least these two Blomkamp movies, is there any evidence supporting (or refuting) that both take place in the same universe?

tl dr: These were made as a stylistic trilogy by Blomkamp, but do not reside in the same universe.

Tetra Vaal was a short which Neill Blomkamp did in 2004. Watching it, you can tell right away it was the forerunner to Chappie which came out in 2015.

While these movies could appear to be related, it's my belief the only relationship is Blomkamp's imagination. He wanted the three to be stylistically similar; to have the same feel. In this article on gamesradar.com, Neill is quoted as saying the following:

“I have an idea for District 10, which is really cool,” Blomkamp told IGN. “The problem is I feel like Chappie is the end of three films that have a similar stylistic approach to them.”

“And Chappie doesn’t, but they are still part of a trilogy. So moving forward I would love to realize this idea of District 10 – I have every intention to do it, I just need to find the right time to do it – to not go back to Johannesburg and shoot something similar, yet.”

On a reddit.com blog, there is a conversation between what we are supposed to believe is NB and the reddit crowd as he answers questions. One of the questions asks:

Are elysium and district 9 connected?

negative. i think because i have a particular visual style people think the films are tied together and actually read them as being more similar than they are. District 9 is EXTREMELY south african and an allegory for apartheid and race in SA. Elysium is about immigration, refugees and class warfare, etc. - chappie is the least connected. its about the birth of a soul, about the farcical random nature of life, about nature vs nurture,

It is my belief, while obviously NB attached these in artistic style, the fact Tetravaal was seen in both Chappie and District 9 is more than likely because NB wanted them there. I would akin this to how you could find "1138" and/or "THX 1138" in many of George Lucas' films. 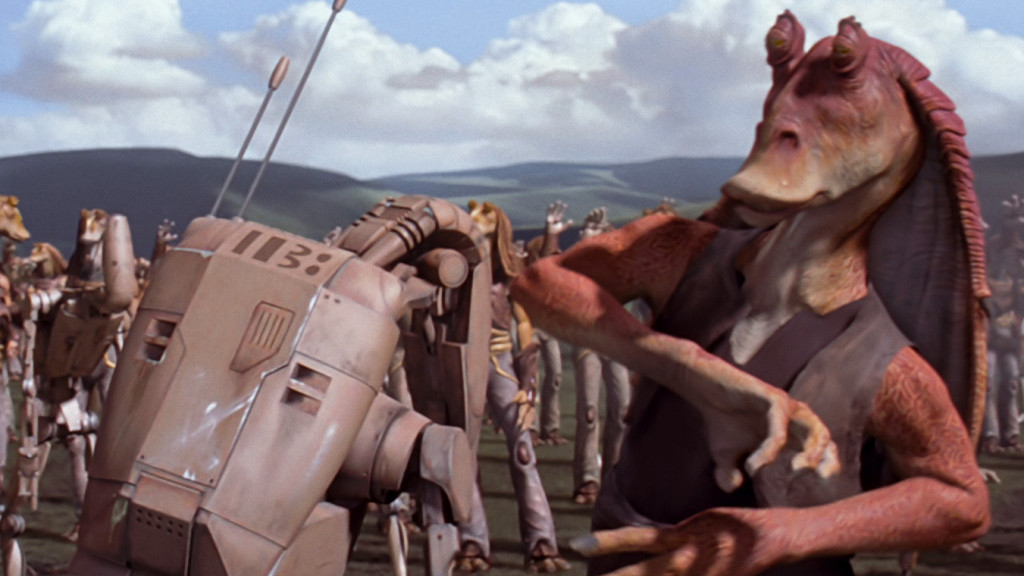 THX 1138 is one of George Lucas' first full length films, one which he created as a short and later fleshed out to make it feature length. It starred a very young Robert Duvall.

In the article: Beyond a Cell Block: References to THX 1138 in Star Wars the author shows many instances of Lucas using references to the movie. I believe NB is doing the same thing in Chappie and District 9 with Tetravaal. This doesn't mean the movies are in the same universe, and as NB points out himself, they aren't. Rather, they are just him using and promoting what he's created.

Not the answer you're looking for? Browse other questions tagged district-9 chappie .