When does the House of Cards universe splinter off from reality?

Presumably the House of Cards universe follows reality up to a certain year/point X in time, then splinters off. My question is: When is X?

Frank Underwood: Oh, what? You think I learned nothing from Al Gore? (S05E04) 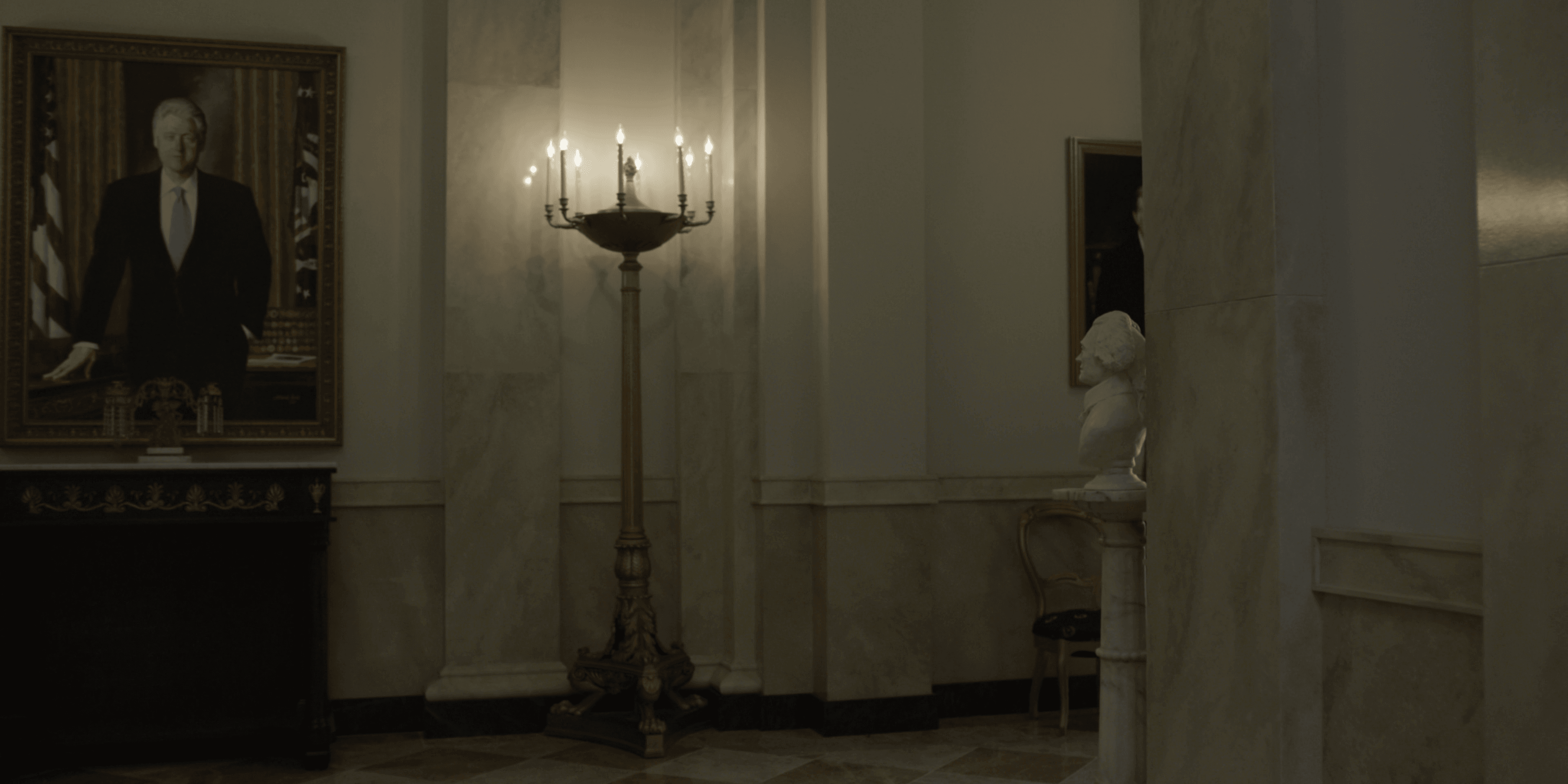 This is the only Bill Clinton reference I've noticed so far. So far I've never noticed any mention of Bush Sr, Bush Jr, or Obama.

(Note that of course, many other aspects of the universe continue to parallel reality, e.g. news channels like CNN, Fox, MSNBC with their real-world counterparts, Twitter, Facebook, pop culture like Kim Kardashian, etc. My question pertains to the splintering-off of American and also world politics -- where we have ICO instead of ISIS, Viktor Petrov instead of Vladimir Putin, etc.)