Why does Toph seem to change so drastically in these two videos? [closed]

In this Legend of Korra - "Out of the Past" clip about Yukone's trial, it shows a grown up Toph Beifong, a tall woman. In this video of the fight between Su, Lin and Toph vs. Kuvira it shows a completely different version of how Toph looks - a small, old woman.

This really confuses me. I can’t understand why and how this happened. Why would the animators change her appearance so drastically? It doesn't seem logical!

Can someone explain why this change was made?

In LOK, Toph Beifong is shown as big chief of police

The chief of police in (present time) Legend of Korra is Lin Beifong, Toph's daughter. 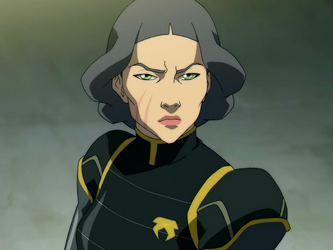 The old lady you see is Toph Beifong, Lin's mother and the earth-bending blind companion of Aang in Avatar The Last Airbender. 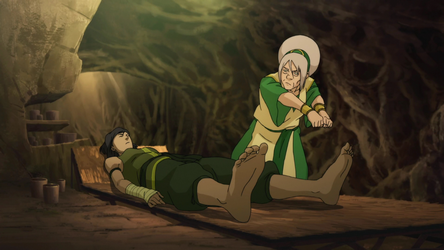 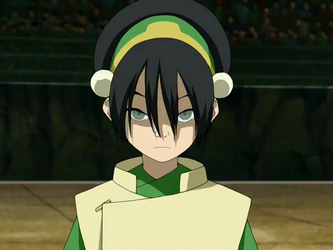 The episode you mention (Out of the past, wiki link) is a flashback. From the linked wiki page: 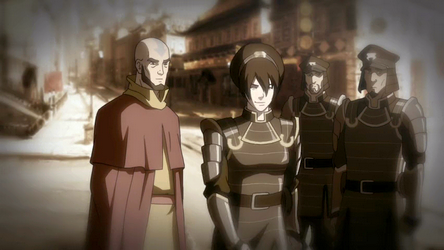 Korra envisions a forty-year-old Aang and Toph on their way to arrest Yakone.

Notice how Toph still wears her own unique hairstyle. As far as we've been shown, from her first introduction in ATLA until well into old age, Toph has always retained this hairstyle. Since she's blind, it somewhat stands to reason that she's not inclined to ever change her hairstyle for aesthetic purposes.

Toph's presence in this flashback scene is also touched on in Toph's wiki page:

After Republic City's formation, Toph became the city's first Chief of Police, forming the Metalbending Police Force to help maintain order. She had two daughters with two different men: Lin, who succeeded her as Chief of Police, and Suyin, who created the metal city of Zaofu.

Because, normally in flashback where Toph was showed as chief of police, it suppose to continue, and not to be modified, because it doesn’t look logic. Am I right?

I have no idea what you mean. Do you mean that flashbacks should only happen if the present is still the same (i.e. Toph was still the chief of police)?

Because it's quite the opposite. Cinematographically speaking, flashbacks are almost uniquely used to showcase how the past was different from the present.If the past was the same as the present, there'd be no point to doing a flashback and you could instead have (present time) characters talk about a past event. Flashbacks allow us to have the option of additional context to help explain a story and how its characters behaved due to their circumstances.

Not the answer you're looking for? Browse other questions tagged plot-explanation character the-legend-of-korra .