Why wasn't there a mug shot of Andy along with the story?

In The Shawshank Redemption, upon Andy's escape and the discovery of his clothes and the pickaxe, why wasn't there a mug shot of him along with the newspaper story? It stands to reason that if a picture was included with the story, someone in the bank would probably have read the paper(s) and recognised him...

It'd not have been possible.

And they started searching for him right away. Nobody had time to send the information in newspapers. In this short period, they couldn't have get it published.

If I recall correctly, newspapers was already published by then. We can see a newspaper in the warden's hands when he was coming to his office. (I will try to get an image later.)

Norton is kicking back with the morning paper. He notices ha dingy his shoes are. He glances at the shoebox on the desk. kicks his shoes off, opens the box -- and gulls out Andy's o grimy work shoes. He stares blankly. What the f&^k indeed.

An ALARM STARTS BLARING throughout the prison. He looks up.

Norton and Hadley stride across the grounds, ALARM BLARING.

NORTON I want every man on that cellblock questioned! Start with that friend of his!

Red watches as Norton storms up with an entourage of guards.

Red's eyes widen. Guards yank him from his cell.

As suggested by Paulie_D, there might be a story regarding Andy's escape, but this newspaper was published next day and he has already taken the money and left the country.

why wasn't there a mug shot of him along with the newspaper story? It stands to reason that if a picture was included with the story, someone in the bank would probably have read the paper(s) and recognised him...

I'm not sure which newspaper story you are referring to.

The only newspaper article I think we see isn't about Andy's escape, it's about murder and corruption at the prison. 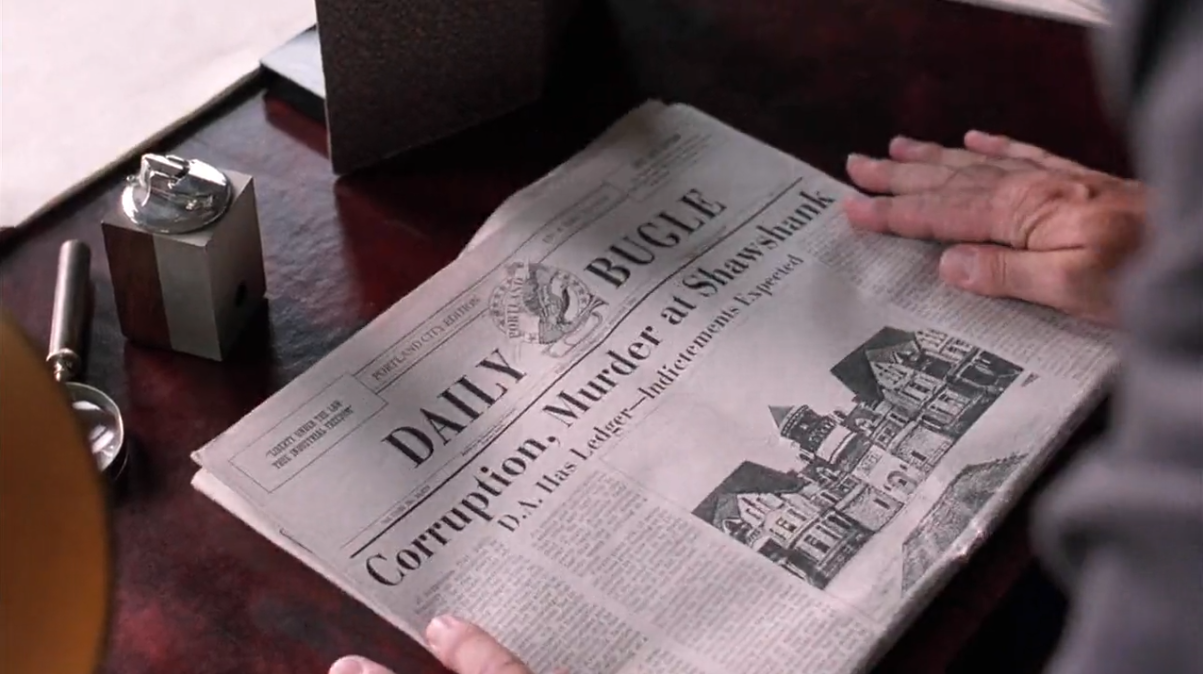 Certainly, we see a picture of the clothes and axe being taken... 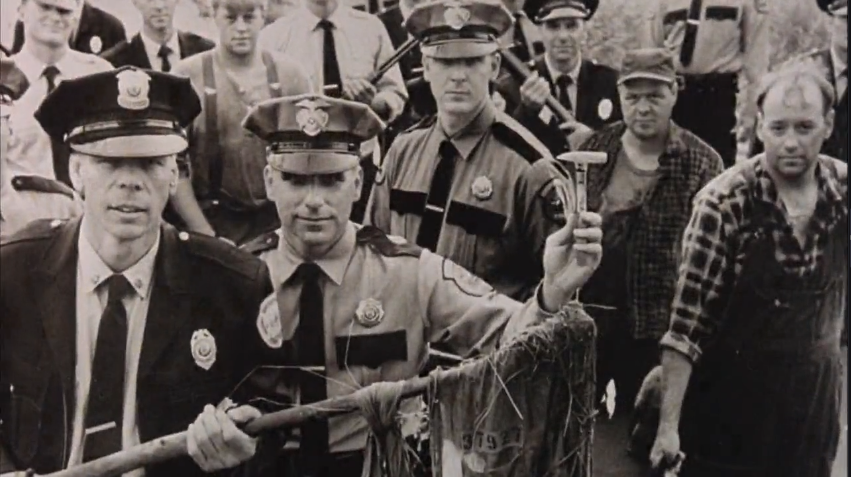 ...but that's not the subject of the newspaper article.

It's possible that the story of the escape was inside the paper (or was in an earlier edition) and did feature Andy's mug shot (and the picture above) but, as was stated in the comments...no-one knew Andy had escaped until after he had visited the bank(s).

Not the answer you're looking for? Browse other questions tagged plot-explanation the-shawshank-redemption .

26
Why doesn't Andy have a dad in Toy Story?
13
How did Andy know for sure that the tree in Buxton was still there after 19 years?
14
How did Andy Dufresne dig the tunnel if there was another cell next to his?
11
Explanation of a drugged up Vincent Vega scene
5
Why does Andy wait for the lightning to strike when he is trying to break the sewer pipe?
7
Why does Andy choose the poster of actresses rather than any other less suspicious pictures?
11
Why wasn't Upham shot by the German soldier?
9
Why did she blow herself up along with the bridge?
8
Why did Andy lock himself in the music room?