Is the metronome device in The Sinner Season 2 related to the song in Season 1?

In season one of the tv series, The Sinner the main character Cora becomes violent upon hearing an obscure familiar song that unknowingly relates a past traumatic event that she has blocked out. 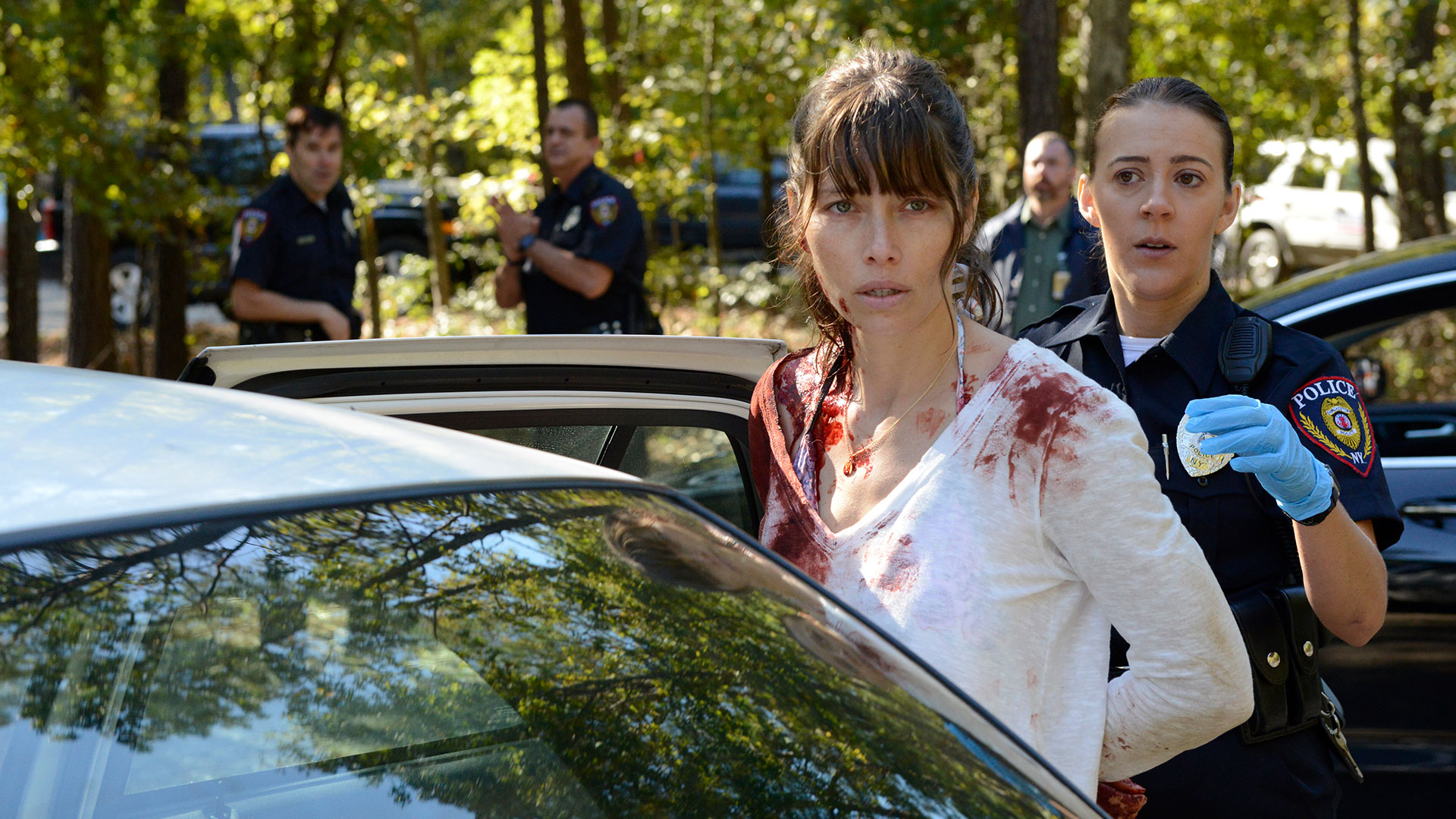 The song, out of universe, is by a band called Big Black Delta titled, Huggin & Kissin.

In Season two viewers are introduce to a new case, but again in relation to the season one character, Detective Harry Ambrose. The story so far is about a boy named Julian Walker accused of murdering two adults when they seemingly abduct him from a cult, in which the boy grew up in, and where another backstory-character named Maureen mystery disappeared after joining the cult many years ago.

This cult was originally run by a psychotherapist referred to as The Beacon who used unorthodox and seemingly deadly approach in allowing it's members to violently act out emotions or past traumatic experiences, which in turn seems to get passed on, possibly by proxy and hypnosis, to all members. There are public therapy sessions and private therapy sessions, but in the private sessions a metronome device is used, emulating sounds similar to amplified heartbeat. 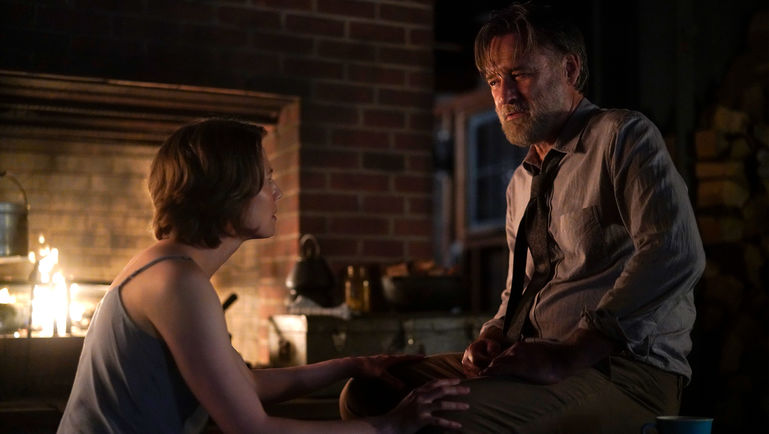 I'm trying to find a video clip/image of the metronome in use, but so far no luck, but the sounds coming from the device used are VERY similar to droning pulsating drum beats in the (Big Black Delta) song that triggered Cora in season 1.

So my question is, are these sounds only thematic to retain certain elements/concepts (pulsating sound in relation to trauma, blackouts, and acts of violence) or are they somehow more directly related?

Please Note: I recognize that season 2 isn't quite finished and that the series has yet to be renewed for a third season, but it is possible that there is an interview somewhere that might outright denounce the possibility of direct inverse relationship between the noises in question.

In addition to explain the purpose of this question, I think it would be likely that, at some point, Detective Ambrose would recognize this correlation and would ask this question himself. This would then add to the plots of both seasons, upon recognition, while enriching Ambrose's ongoing story as a character.

So my question is, are these sounds only thematic to retain certain elements/concepts (pulsating sound in relation to trauma, blackouts, and acts of violence) or are they somehow more directly related?

I think the device you are referring to is an electronic metronome which, I believe, can be used, the right hands, to create meditative/hypnotic states.

We never see Harry take a sip of the tea she offers him once he arrives at her cabin after stumbling through the forest until nightfall (“It’s not Jimson weed,” she archly assures him), but we do see the electronic metronome, pulsing its blue-hued light, meaning there’s really only one likely explanation for Harry suddenly waking up in the Rockford Lodge Motel with no memory of how he got there. Vera Walker and her machine managed to hypnotize him, or drug him in some other unknown way.

We've seen the device a few times in Season 2, including in "therapy" session with the boy, Julian, as I recall.

There are suggestions on the internet that "interactive metronomes" can be used as treatment options for ADHD, stuttering and occupational therapy but I'm not qualified to comment further on those.

Given that we have possibly seen the metronome used to hypnotise the detective, it's not unlikely that it has been used offensively by the Mosswood folks before. This may be carried forward in future episodes but I do not believe that there is a linkage between S1 and S2 as you seem to imply.

Not the answer you're looking for? Browse other questions tagged plot-explanation reference the-sinner .

13
How is The Godfather: Part III related to the Cavalleria Rusticana?
4
Is Firefly/Serenity related to the game series Mass Effect
8
Are those "Through the Looking Glass" movie background quotes anyhow related to Lewis Carroll?
5
What are all the references in the "Hey Ferb" song?
3
Is Season 2 of The Sinner also based on a novel?
4
Who was the body in the lake?
3
Why did the detective help drop the charges against the cult leader in Sinner season 2?
3
Why doesn't Bathurst use the device this way?