When does the Wizard of Oz movie take place?

In what decade is the 1939 Wizard of Oz film with Judy Garland meant to take place? The original children's book (The Wonderful Wizard of Oz by L. Frank Baum) was written in 1900, so the portrayal of Kansas in the book presumably reflects Kansas around the year 1900.

Did the creators of the movie intend for the Kansas scenes to occur in Kansas circa 1900, or in Kansas circa 1939? For example, are the Kansas characters in the movie dressed in "modern day" clothing (circa 1939), or in period clothing? Are there any other indications of the time of the Kansas setting? I can't personally tell the difference between 1900 Kansas and 1939 Kansas, but surely it would have been obvious to audiences in 1939.

I get the feeling it was intentionally set in both times - or at least to look like it could be.
As mentioned in comments, there's nothing in the Kansas scenes that couldn't still have still been in use in the 30s, but there are no anachronistic elements that force it to be then.

It had to look 'right' for the contemporary audience, but also 'feel' like it was older to not upset the people who knew the book.

In the 'real-life' Kansas scenes, the costumes, machinery and architecture are all "Victorian"
All the machinery I have been able to spot was invented before 1900.

The tyre in the yard at the farm could potentially be from 1888.
Technically, the pneumatic tyre was invented in 1847, but it didn't catch on. 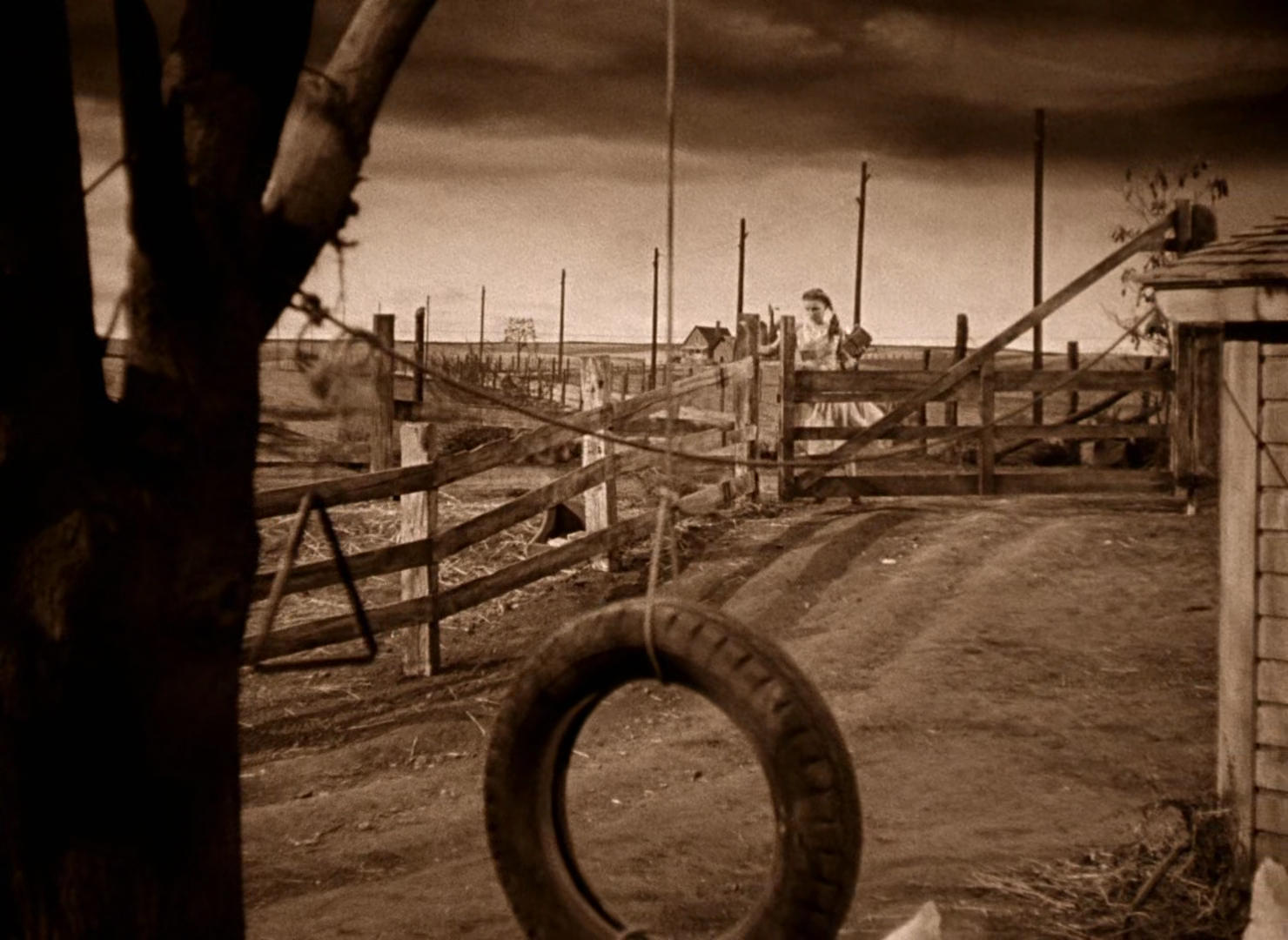 The costumes - the dress is clearly turn-of century.
The farmers could be dressed the same any time from Levis first pair of jeans to the 1960s without any particularly noticeable change in fashion.

The bicycle could easily be 1900 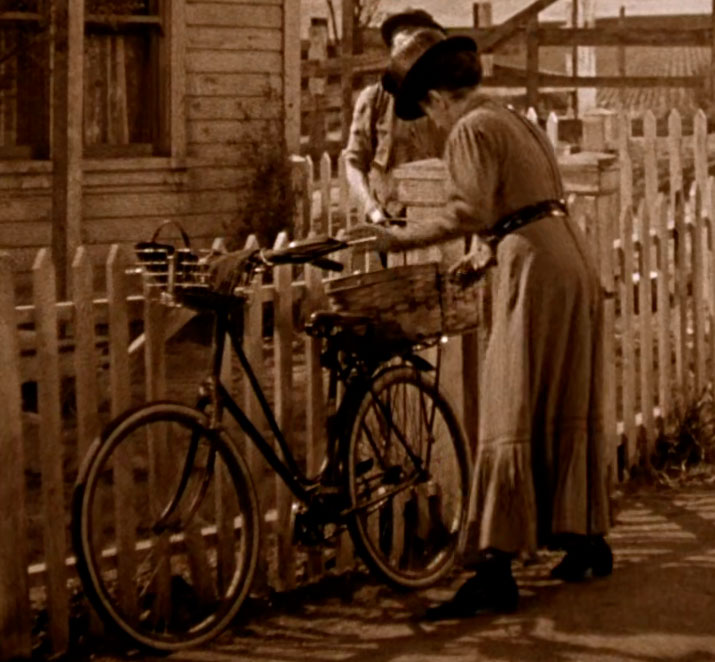 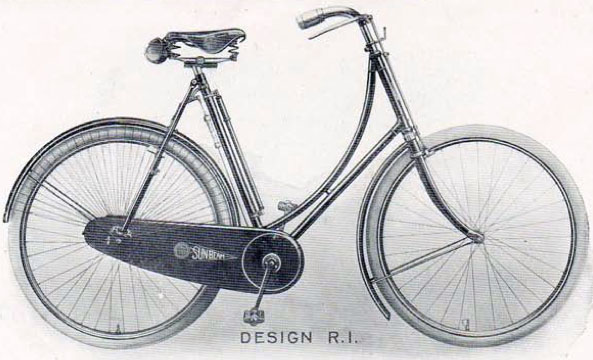 I can't find anything else in these scenes that couldn't have been there in 1900.

Once we get to Oz, though, things change.
In Oz, there's more of a hint of "Odeon" & things become more contemporary.
Though other locations still carry the 'Victorian or earlier' feel, Emerald City itself is thoroughly 'modern'. 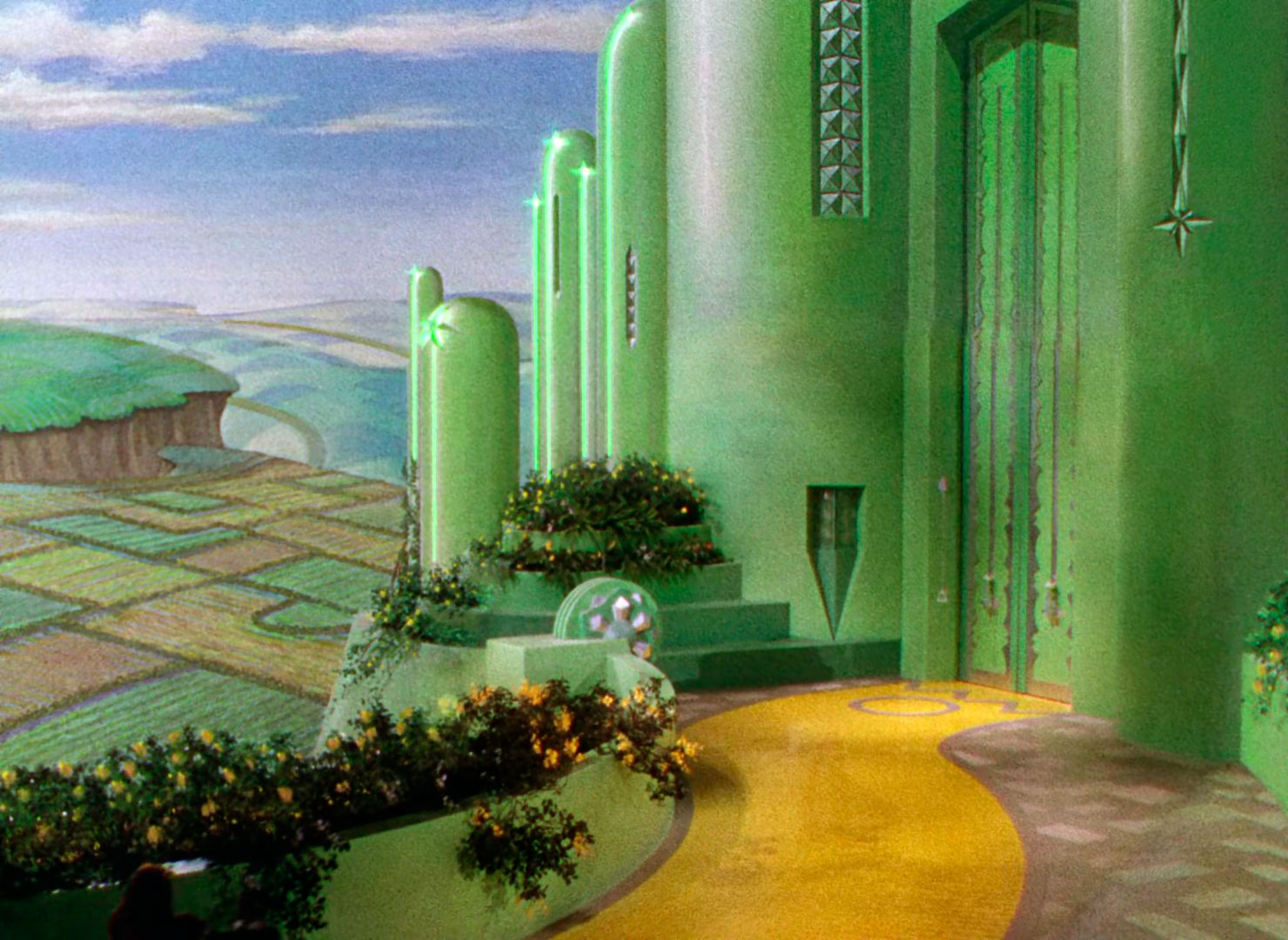 Costumes & hair are contemporary.. and could those be electric hair-clippers in the background? 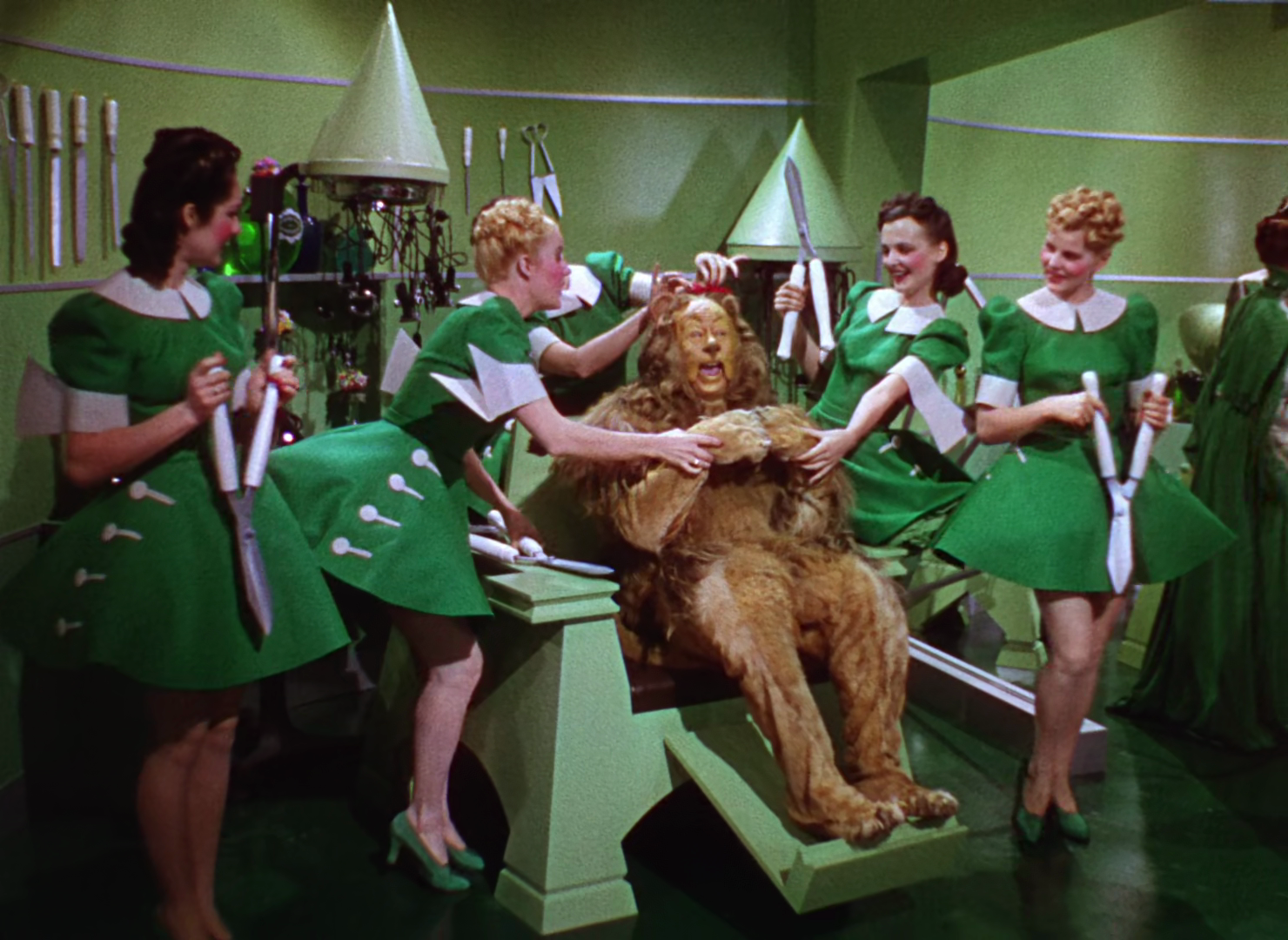 Ignoring the technology required to project Oz onto the smoke backdrop, when we see Oz himself hiding behind the curtain, the microphone is at least from 1925 - it's a double-button carbon microphone, similar to this one I found on Los Senderos Studio's site though of slightly later design. 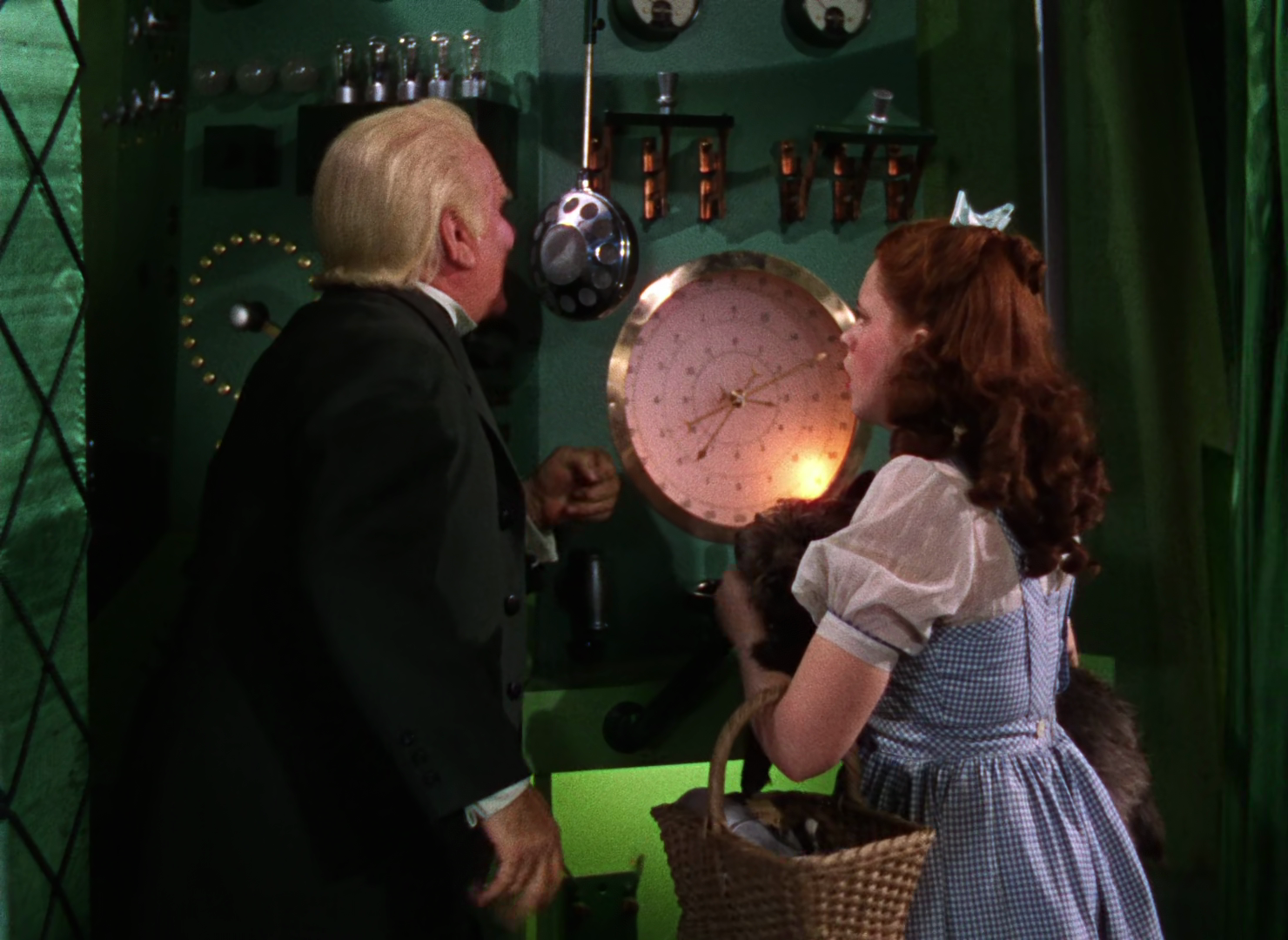 And, though I haven't yet spotted a bare bulb anywhere, they're no longer masking that there is some type of 'electric light' as a practical lighting effect throughout this segment.

Late edit:
I'm going to leave the last sentence in, for its reference to practical lighting - but I just realised not only are there [unlit] electric lamps in the above picture, there are glass vacuum-tube valves too. Strictly, the electric lamp was pre-1900 but wouldn't have been common then. The vacuum tube [triode tube] was invented in 1907, but by the 30's was a distinct feature in movies of the Golden Age of Science Fiction.

One additional point. Judy Garland's hair is fairly contemporary, if a little non-committal as she's playing a child - but movies of that time would have had the lead characters' hairstyles more contemporary than period anyway, even if they were filming a true period drama.

Not the answer you're looking for? Browse other questions tagged the-wizard-of-oz .