Is Pippin the dog a reference to the original Jaws film?

In The Meg, there is a scene where a dog named Pippin is swimming in the waters near where a shark is swimming.

There was a scene in the original Jaws that included a dog named Pippet. Although you never see the death of Pippin in Jaws, it is presumed that he was killed by the shark.

Did filmmakers of The Meg include Pippin the dog as an homage to Jaws?

The dog in Jaws is called Pippet, and the similarity seems much more than a coincidence for me. Pippin's fate is shown to the audience (and it's a good one, yay!), contrary to Pippet's.

It's also not the only reference to Jaws.

The poster, for example, upsizes the Jaws one, and it was frightening enough. 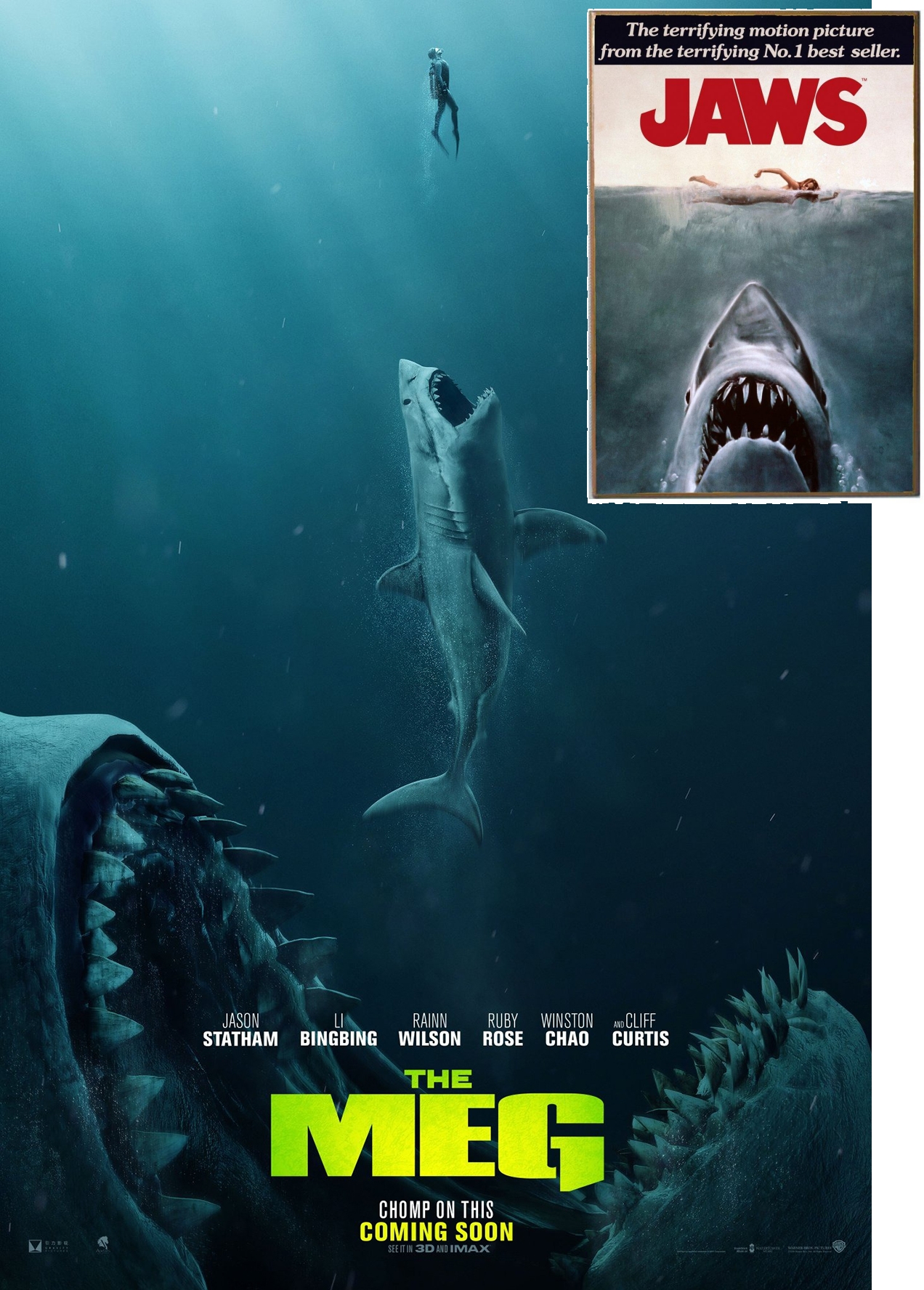 Other references include specific shots.

The Meg even features many shots that seem to be direct references to the 1975 classic, as fans noted immediately upon the release of the trailer. It's hard not to remember the death of Alex Kintner during The Meg's climactic beach frenzy. Even Pippin the dog seems likely named after Jaws' Pippet (though unlike his predecessor, Pippin survives in a crowd-pleasing surprise reveal).

As far as I know, the producers have not commented on this, so we are bound to speculate. However, it does seem to be a discrete homage.

Not the answer you're looking for? Browse other questions tagged reference the-meg .

9
Did Neil Marshall deliberately reference The Matrix in Dog Soldiers?
3
Did Young Justice purposely reference The Bourne series?
8
Meg having cake in the bathtub reference
6
What are the references to the original Tron in Legacy?
1
Why did a group of swimmers stay in one place in The Meg?
12
Is the phrase "Zowie, I'm young!" a reference?