Linking between Season 1 and Season 2 of Black Adder?

Is the Season 2 of Black Adder, in any way a continuation of the season 1? I have just finished watching the First episode of the Season 2 and not able to relate it to Season 1.

The main character is still played by the same actor and has the same name but his characterization is very different. The body language and personality is totally changed.

Why are there these changes between seasons?

Each season is set in a different time, therefore it's not the same character: 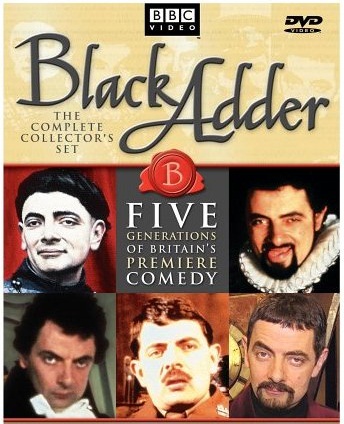 There are also Blackadder Specials:

Regarding the changes after the first season:

Due to the high cost of the first series, the then controller of programming of BBC1, Michael Grade was reluctant to sign off a second series without major improvements and cost cutting to be made to the show, leaving a gap of three years between the two series.

Blackadder II was therefore to be a studio-only production.

Besides adding more jokes, new writer Ben Elton suggested a major change in character emphasis: Baldrick would become the stupid sidekick, while Edmund Blackadder evolved into a cunning sycophant. This led to the familiar set-up that was maintained in the following series.

All the series of Blackadder are related in the sense that the main character is meant to be a descendent of the previous Blackadder, but in each case several generations apart - they are not the same person. Each generation is hundreds of years apart:

The character differences are most striking between season 1 and 2, as the writers changed and the budget was reduced, forcing less on-location shooting and a more on-set situation comedy approach, which IMHO dramatically improves the series. The last 3 seasons were all developed by the same team, and Blackadder is substantially the same character in the different eras.

5
Who is this man in Black Adder?
1
How do the Dallas movies fit between the old and new shows?
5
Common patterns in each season of The Black Adder?
5
How much time has passed between Series 1 and 2 of Game of Thrones?
4
How does so much time pass between Prison Break seasons 1 and 2?
5
Was the first season of Leverage shown out of order?
1
Harvey Dent black?
7
Is it necessary to watch "The X-Files" Movie before Season 6?
3
What is the connection between Skyline (2010) and Beyond Skyline (2017)?