What are the towers on Tatooine?

In the Star Wars movies, in many locations on Tatooine we can see these towers, shown below. Tatooine was the home for Luke, Anakin Skywalker, Obi-Wan & many more. 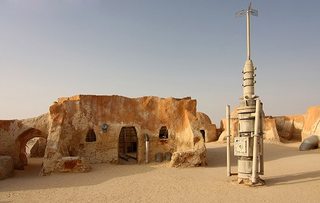 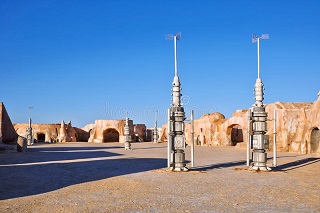 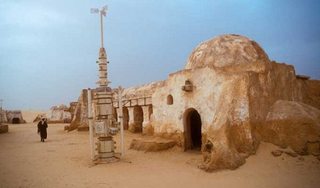 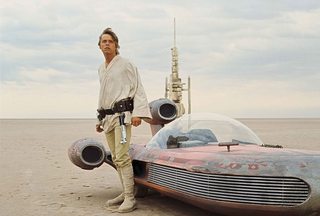 As per above pictures can any one explain what these towers are? Are they some kind of communication towers or some props added to the empty movie backgrounds by the movie makers?

These are moisture vaporators. These devices are used for collecting moisture from atmosphere that will be used as water.

Found on desert planets, moisture vaporators were stationary devices that could collected moisture from even the driest of climes. Though they were stationary, they included programming that offered them a binary language that could be used to communicate with droids. On the desert planet of Tatooine, edible mushrooms frequently grew on the vaporators. For moisture farmers to make a living, they would need fields of moisture vaporators, and then security systems to protect them for those who might steal their water.

These get mentioned by Luke's uncle when they purchase droids from jawas.

OWEN: I have no need for a protocol droid.

THREEPIO:(quickly) Sir -- not in an environment such as this -- that's why I've also been programmed for over thirty secondary functions that...

OWEN: What I really need is a droid that understands the binary language of moisture vaporators.

THREEPIO: Vaporators! Sir -- My first job was programming binary load lifter... very similar to your vaporators. You could say...

10
What kind of flashlights are used in the X-Files by the FBI?
4
How are car model years identified?
11
What are these cartridges that many characters have in the Star Wars movies?
2
What are the ewok costumes made from?
5
What exactly are those typical bean dishes in Italo Western?
14
How did Darth Maul trace the Queen/Jedi back to Tatooine?
9
What is the reason that Obi-Wan lied to Luke by telling him that Darth Vader killed his father?
0
Do we know what system of units are used in-universe throughout the Star Wars series?