What's exactly happening to Charlotte Byrde in the swimming at night scene?

In episode 1.09 of the TV series Ozark, the character Charlotte Byrde decides to take a swim at night after trying to run away and failing at it, along with generally being lonely and previously having sex with someone who doesn't really care about her.

The scene starts out with Charlotte swimming, then suddenly seeming to panic, she goes limp, then drifts down under the water, until she suddenly moves her toes, then is able to push herself above the water. She smirks slightly to herself and swims home. 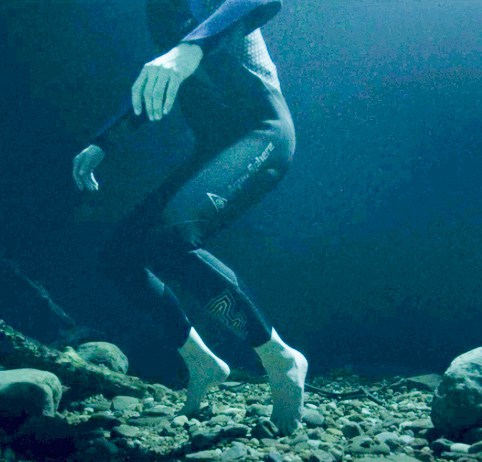 The scene seems to be a suicide attempt, but yet oddly she panics and possibly goes into shock or experiences hypothermia, drifts down in a way where her feet are near the bottom, gains feeling, pushes up, and then seems happy about "the thrill" of the near death experience.

But I'm not sure if that is the right characterization or if one could plan for something like hypothermia? Is there any evidence coming from the executive producers or cast that fully explains the nature of this incident or Charlotte's motivations?

I don't think it's a suicide attempt. I believe she simply got exhausted swimming and almost drowns accidentally. The fear of near death excites her. It may be the most genuine emotional she's experienced since arriving to Ozark or maybe it makes her appreciate being alive.

Not the answer you're looking for? Browse other questions tagged plot-explanation character ozark .

4
Where is this scene happening in season 1's episode 2?
4
What is happening in the last scene?
18
How exactly is Marty Byrde laundering money?
5
How does the 8 million legally belong to Byrde?
3
What exactly comes at night?
21
Why didn't Dr. Strange know about what's happening to the Infinity stones, or other realms?
11
What was happening in Wakanda in the "end credit" scene of Avengers: Infinity War?
2
What exactly is hanging to the left in this scene?
9
Does the red flag scene in Ozark make any sense?