Why was Eritrea chosen as the location of the fictional country Wadiya in the The Dictator?

According to Wikipedia article about "The Dictator" (2012) starring Sacha Baron Cohen,

Paramount said the film was inspired by the novel [...] by Iraqi dictator Saddam Hussein.

Baron Cohen [...] based his performance primarily on Libya's Muammar Gaddafi.

So, what was the reason for choosing Eritrea as the location of the movie (especially, given that the inspiring dictators were from Iraq and Libya)?

Here's a frame from the movie depicting Eritrea as Wadiya: 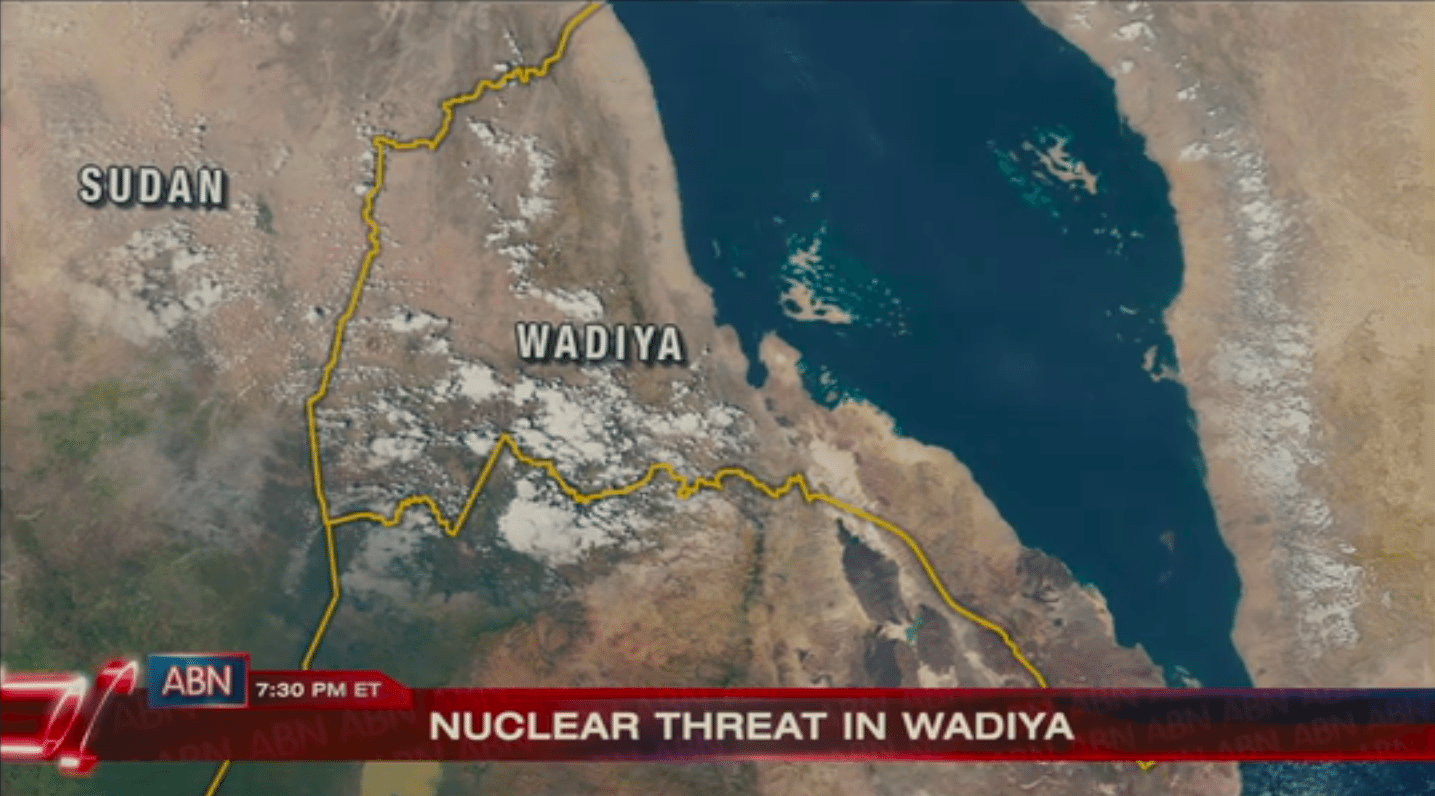 Here's what Baron Cohen says about how Wadiya was initially created, in this interview (short summary):

He doesn't mention Eritrea in the interview specifically, which suggests it was a detail filled in by the backroom team rather than part of his initial vision.

It clearly fits the bill:

So choosing a country that is somewhat similar geographically and politically helps with the "we want it to feel real" part, and choosing a secretive country few people know much about helps with not being too "specific".

Another likely factor is that Eritrea is a non-religious dictatorship, and not part of the Arab world. Baron Cohen talks at some length about how particularly wanted to avoid people drawing too many connections between his film and the then-recent Arab Spring:

...he's not an Arab dictator, and he actually says that he isn't in the movie. And so we wanted to really ensure that he was not Arabic in any way. So we created a new language...

...we got away with [unscripted pranks] on "Borat" because Kazakhstan was a real country. So you could say I'm from Kazakhstan National Television, and people would look up Kazakhstan, and it existed. But if I came this time and said I'm from Wadiya, they'd, you know, look it up and realize it didn't exist, and if I said listen, I'm the dictator of Turkmenistan or, you know, or Libya, they could look it up on Wikipedia and realize that I'm not

So Eritrea fits what Baron Cohen said he wanted quite neatly. It's a real, repressive dictatorship, that isn't so well known people might view the film as a specific satire of that country, is close to but not part of the Middle East and North Africa, and isn't part of the Arab world so helps avoid looking like this was a satire specifically aimed at Arab dictatorships.

Also, it probably didn't hurt that being a particularly insular and secretive nation, Eritrea was less likely to particularly retaliate or complain.

Well it had to be somewhere. Would you have asked the same question if they had shown a different (random) country?

My two cents: Not many people know where Eritrea is. Not knowing which country is supposed to be on the map instead of Wadiya somewhat helps the suspension of disbelief that Wadiya is a real country.

However, your question seems to be "why not Lybia or Iraq", rather than "why Eritrea?"

Why not Lybia or Iraq?

Because it would be a more blatant comparison with either Lybia or Iraq, which puts fuel to the satirical fire that SBC is already trying to light (in a controlled manner).

Why Wadiya and not a real country?

A fictional country in an otherwise real-world setting. May be a Fictional Counterpart to a Real Life country, or may be created whole-cloth as a example of a generic political/religious ideology

It's very much the same planet. It orbits the same star and it has the same moon. But with different landmasses and nations, the creator of the story gets to take many liberties. The use of a Fictional Earth means that past and present real world history doesn't have to affect the story and absolutely anything can be made up. The story's nations may have real world counterparts.

The planet has to be identified as Earth at some point, otherwise you're just dealing with a Constructed World

The corollary here is that Wadiya is shown to be a "real" country because it's shown as bordering real countries (Sudan, Ethiopia) on a real map (the actual African continent).

Not the answer you're looking for? Browse other questions tagged the-dictator .