Why is the other black power caller's name bleeped?

In Sorry to Bother You (2018), whenever anyone is talking to the other black power caller (below), 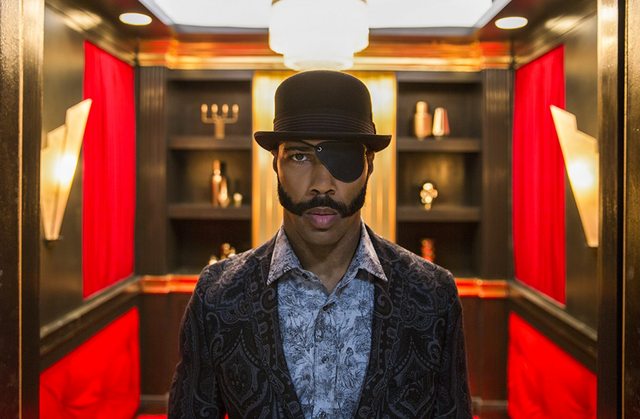 his name is always censored. Looking in the movie's IMDB, the character is credited as "Mr.___" . Does anyone know the purpose or meaning of this? Any interviews with the writers where this is discussed?

E! Online has a quote from costume designer Deirdra Govan :

Mr. Blank's finalized look, which includes a bowler hat and eye patch, was a combination of how Boots and Deirdra saw the character. Boots wanted to use a leather shop in Oakland for the patch and Deirdra pushed for the hat.

"Mr. Blank was a really interesting character, in that he has no backstory," the costume director shared. "He's just a man that appears. For me, having studying art history and understanding surrealism, the film itself is very surreal. I took that straight to the place in Renee Magritte. You have a man that has no clear name. Even though we see his face, he's still a man without an identity."

Not the answer you're looking for? Browse other questions tagged character sorry-to-bother-you .

67
Switch in *The Matrix* - Two Actors?
11
Why didn't he get the power of Mjolnir?
15
What happened to Penny's pharmaceutical sales rep job?
6
Why is Crowley of red color in cloud form while other demons are black clouds in Supernatural?
14
Why does the Wicked Witch “have no power here”?
6
What triggered Cisco power?
31
How and why did T'Challa have the Black Panther power already?
3
Why does Cassius Green speak like this?
9
Why, in the other world, were Ms. Spink and Forcible's button eyes white instead of black like everyone else's?
51
Why does Hollywood not use foreigners in foreigners' roles?