The Netflix series "Kiss Me First" has the look-and-feel of early nineties but what people say as well as the state of technology, is clearly set in the now.

The pastel-tinted, 2 piece, Australian tracksuit worn by Jonty when Leila answers the door - that was a nineties must-have (for some people). Other nineties fashion statements: the sand-and-lilac knitted top with geometric patterns, the checkered long dress worn over a long sleeved shirt by the protagonist Leila. The oversize jackets for females, as worn by Leila and Calumny's mum. The hair thingies (rubber-in-cloth).

Also Leila's (mum's) house was clearly last decorated in the seventies (with some furniture from the 60-ties). This would make sense if the series were set in the nineties: Leilas' parents decorated when they moved in, once they had a child there was no time/money/attention to spend on the house. Now 20 some years later this is how the house looks.

And then Leila works in a internet cafe. I haven't seen those in Europe since the nineties. The last time i visited one was in 2011 in Buenos Aires, and it wasn't that easy to find. I expect with smartphones and omni-present WiFi it is no longer there.

At the same time everyone in KMF has smartphones. They have fast internet (otherwise there would be no Azana). Tony Blair has come and gone and the year 2006 is set in the past.

So, am I misjudging British fashions and the presence of internet cafe's? Was it a mistake, did the set-dressers get the wrong mailing? Is it intentional? (I kind of anticipate the latter, not sure if that is a spoiler, I'm watching episode 3).

In the beginning of the second episode Leila is at the pharmacy buying drugs for her mother, and she is asked to show her ID, presumably to check that she is not a minor. The ID shows her birth date, and that the ID valid until August 2020.

She is also alone during and after her mother's funeral while talking to health officers. These are strong indications that she is at least 18 years old, so the show would be taking place between 2017 and 2020. 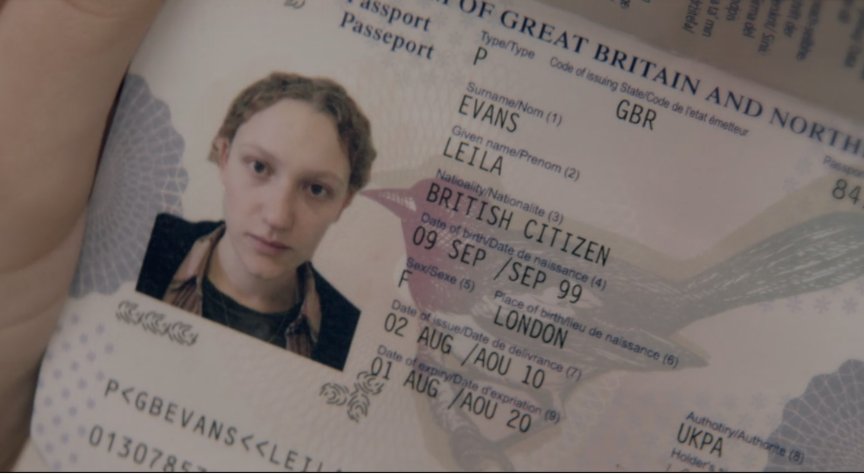 Not the answer you're looking for? Browse other questions tagged kiss-me-first .