Why the different TIE cockpit color in 'Solo, a Star Wars Story'?

After watching 'Solo, a Star Wars Story', I am left wondering why the TIE cockpits that we saw there were red. 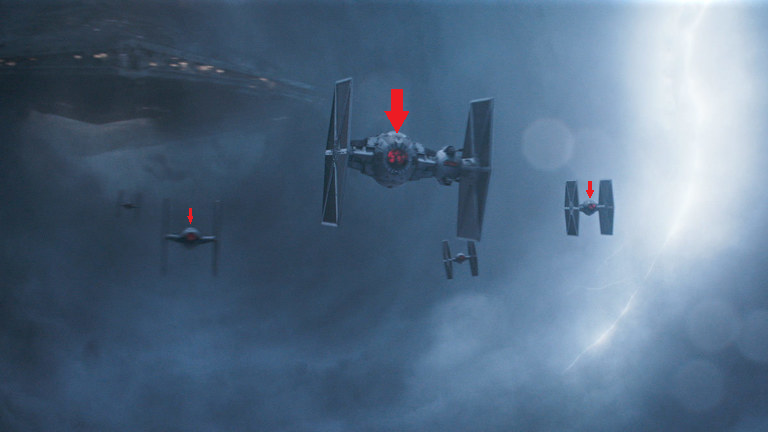 To avoid confusion: I am not asking about the altogether new type of TIE featured prominently in the center of the image, that question has been answered elsewhere.

Since the movie takes place between Episode III and IV, I can imagine that the TIEs have not reached the design yet that we will see in 'Episode IV: A New Hope', with non-colored transparisteel. But what gets me wondering is that this red cockpit is also seen in the TIEs of Episodes set much later, e.g. in Kylo Ren's TIE Silencer.

Did 'red transparisteel' go out of fashion during the Galactic Empire and then make a comeback? Is it even transparisteel? Or are there actually a precursor and a more advanced version which both happen to be red? Or is it mood lighting inside the cockpit...?

Not having found any explanation anywhere, I come to the conclusion that indeed, it must be 'mood lighting'.

As this image search demonstrates, on any footage of TIE cockpits, there are always red console lights present. The best guess is thus probably that it is not tinted transparisteel, but cockpit lights that are supposed to cause the red glow.

This is an advanced version of TIE fighter, which is known as TIE Brute or TIE/rb.

The TIE/rb heavy starfighter, nicknamed the “TIE Brute,” boasts heavier armor and firepower than a standard TIE, with pivoting twin laser cannons arrayed on an outrigger. An MGX-300 integrated droid intelligence assists the pilot with operations.

Ron Howard's Solo: A Star Wars Story introduces the new TIE Fighters shown above. They are known as TIE/rb, and Lucasfilm recently released more details on the ships, explaining:

Compensating for the relative fragility of the unshielded TIE starfighter is the armored TIE/rb, a reinforced heavy starfighter with much more powerful laser cannons.

Given that they have to fight with smugglers and during that, they might have to chase them through that dangerous route, an upgraded version of TIE fighter is required.

Not the answer you're looking for? Browse other questions tagged plot-explanation star-wars solo-a-star-wars-story .

6
Star Wars TIE/LN Fighter, what does 'LN' stand for?
23
Why is technology so advanced in the Star Wars prequels?
8
What is the in-universe significance of different colours of lightsabers in Star Wars?
3
“The Mission” and “The Nightmares” in Star Wars: The Clone Wars
8
Star Wars the original edition
12
Why is the color red so prominent in the promotional materials for “Star Wars: The Last Jedi”?
10
Which Star Wars movies are required to understand characters and plot elements of Solo: A Star Wars Story?
8
Planet at the end of Solo: A Star Wars Story
10
Why is Yoda surprised?