When did transparent data screens become a thing?

Sometimes sciFi movies don't do a good job of predicting the future. The majority, for example, had CRT-based displays more or less until flat screen displays became common in the real world (Alien, for example, has lots of displays but they are all CRTs).

The current obsession in futuristic movies does seem to be ahead of reality. Much of what I have seen recently has transparent flat screen displays. See this example from the police station in Altered Carbon: 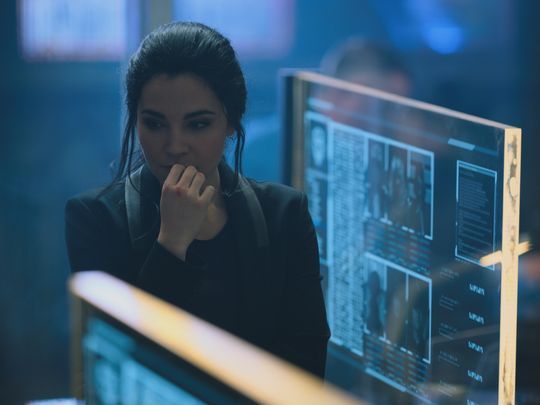 Transparent displays might sometimes be useful but not as the primary means of showing data (heads-up displays in cars or planes are useful if they show small amounts of information that doesn't distract the driver or pilot from where they are going). But this seems to be the new norm. Transparent displays are prevalent in Star Trek Discovery, Black Mirror as well as Altered Carbon. In fact I'm struggling to think of the last modern Scifi I've seen that didn't have them.

I don't know when they first appeared, though Minority Report would be my first guess.

Why the obsession with such a seemingly useless technology? Or, perhaps more usefully, what was the first example of a movie containing a transparent display?

Transparent screens to display tactical information have been in use at least since WWII in real life, and have since then been featured in sci-fi as well, eventually graduating from static displays to animated and even holographic ones. 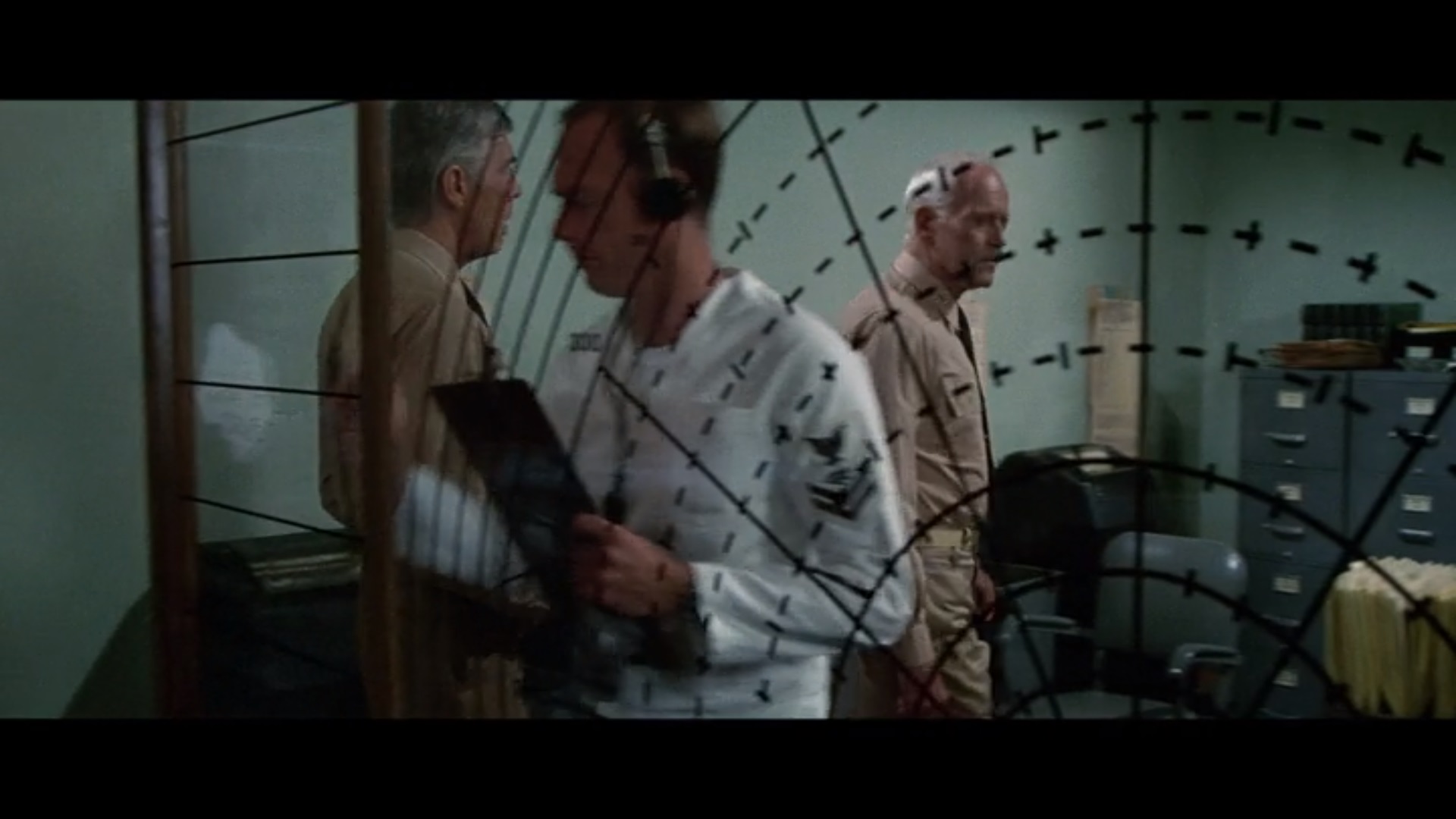 Here you see Adm. Nimitz talk to another character. In the foreground, an attaché is writing down information on a transparent panel. I have no idea how those are called, but they are commonly used.

Those elements then also came into use in science fiction. Look at this picture from Battlestar Galactica (1978): 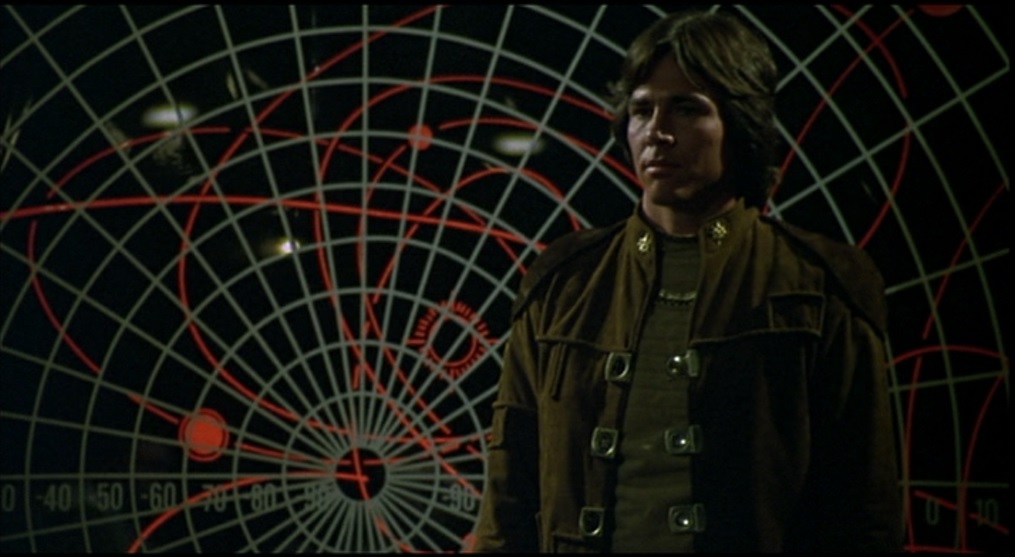 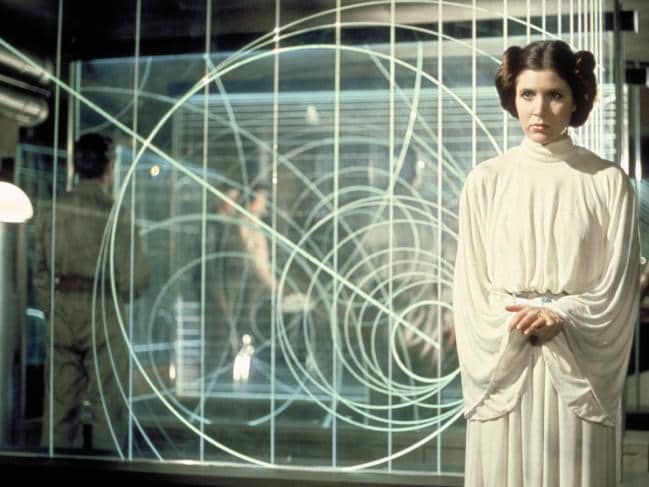 Obviously, GCI technology was not ready for animated or even holographic screens at the time, but the idea of doing this seems to have been firmly implanted in the minds of sci-fi authors.

I am not sure when CGI technology finally caught up with what directors and authors wanted to do for a long time, but Minority Report (as has already been said) seems to be a fair choice for transparent display that have animated content and/or are can be interacted with.

I remember that the pilot episode of Battlestar Galactica (1978) sort of had a static transparent display of a spatial plot. The characters pointed to various parts to explain their plans. But nothing moved on the display.

And I remember a sort of transparent screen used by the Tomorrow People during an episode of The Tomorrow People (1973-1979). I'm sure they didn't have an actual transparent display screen, so either the image didn't move or they used special effects to project a moving image on the screen.

And I think that point of view shots of what killer robots see have often had targeting grids superimposed over the view, as well as words like "seeking target" or "target acquired". Possibly in The Terminator (1984), for example.

If my memories are correct directors obviously considered transparent display screens to be visually striking and desirable in science fiction decades before Minority Report (2002).

So my guess is that movie makers use transparent screens because they have always desired to use such striking visual effects and CGI now makes it easy. I guess they don't care how annoying it would be in real life to see the background through the screen making it harder to see the images or data you are interested in.

It's done because it's the next frontier. We've already got thin screens and large screens so they moved the goal post to transparent ones. In Westworld we see portable devices which unfold to multiple screens. Foldable phone screens are in development by manufacturers so we know this tech will happen soon.

Overall it betrays a lack of imagination.

Not the answer you're looking for? Browse other questions tagged analysis first-appearance .

23
Where did the "calmly eating noodles when bad guys walk in" scene first appear?
7
When did the writers decide that Dallas season 9 was a dream?
6
When did movies first start to show real world from inside a car?
4
Is this a genre, a plot template or something else?
2
When did the lighter to the spilled gasoline scene begin?
2
Why do movies think the moons in alien skies are really large?
4
How and why did Vivaldi's Spring Allegro become synonymous with "high class" in movies?