Why do movies think the moons in alien skies are really large?

Many science fiction movies involve scenes set on the surface of alien planets. In many of these scenes we see objects in the sky of the alien planet; sometimes a sun or suns; more often one or more alien moons. These objects are almost always very large compared to any standard of realistic physics.

The earth has a very large moon by known standards. It occupies an angle of about 0.5 degrees in the sky. It is, relative to the earth, the biggest moon in the solar system (and the biggest satellite we know). What we see in the sky on earth is therefore very large for a satellite.

But there are SciFi movies where we see alien skyscpaes with huge moons relative to the visual size of Earth's moon (which is very large).

And this is hardly a new thing. This is from Star Trek TOS: 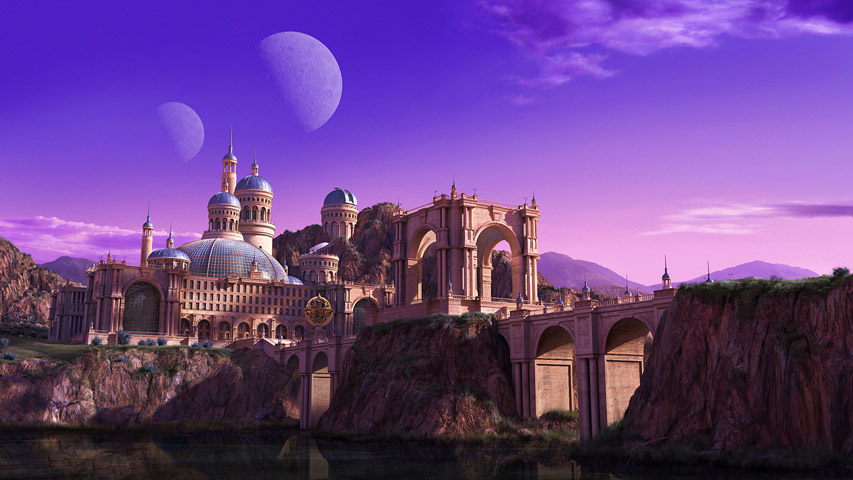 This is from Total Recall: 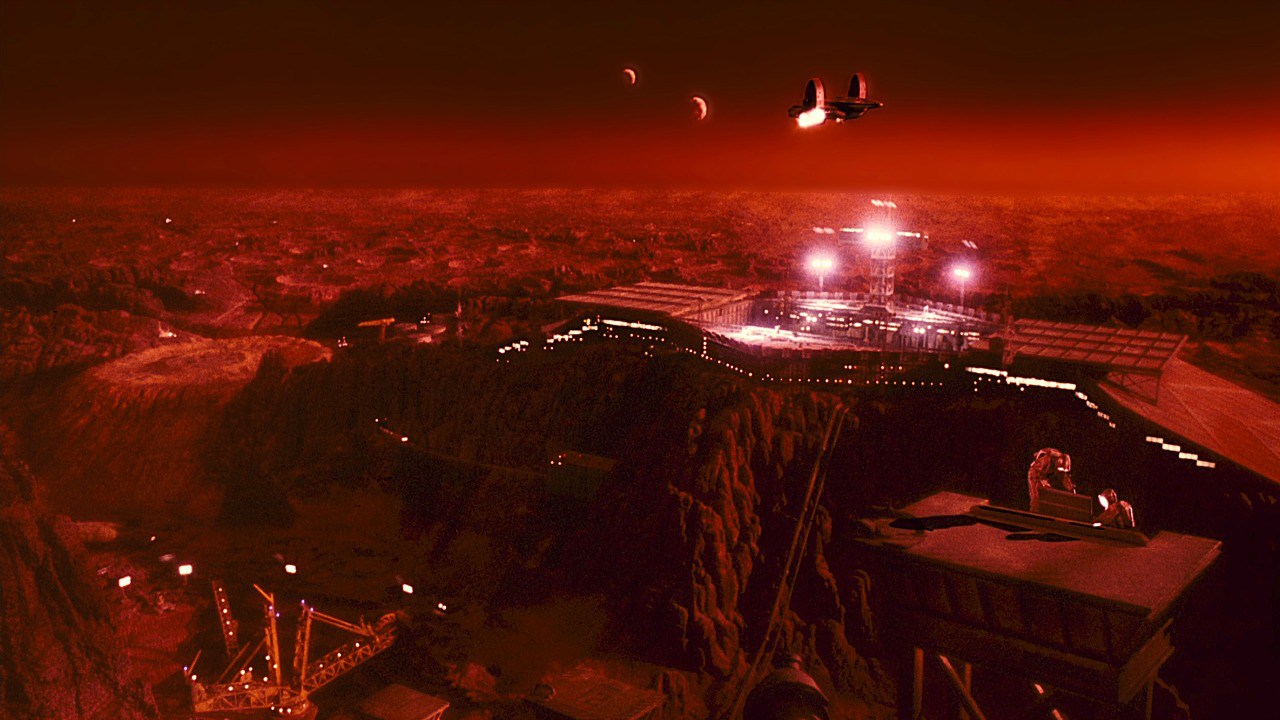 (note that in this case we know how big the moon's of Mars are and it would be surprising if they can be seen at all from the surface: they are tiny).

This (the one that finally prompted me to ask this question) is from Altered Carbon and is a scene from Harlan's World:

Is there any good reason why SciFi moons are so big? Or is this a case of "I don't care about the laws of physics as long as it looks good on screen"?

Is there any in-universe justification for this common trope?

This is both an aesthetic choice, and a narrative strategy, utilized to emphasize the "alien-ness" of these speculative worlds. Similar strategy to utilizing multiple moons.

For my money, the original Starwars is still the exemplar (pre-digital, y'all):

Here it's not the size of the celestial bodies, but the dual objects--Lucas is able to convey an absolutely convincing reality of the setting with physical props and real location, but the two suns that tell us this ain't earth. 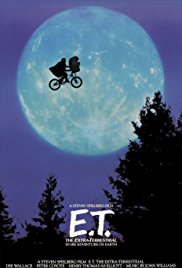 I'm going to shadow DukeZhou's answer and concentrate on one aspect of it; it's a visual cue that the characters aren't on Earth. Sometimes it's a large moon, sometimes it's multiple moons, sometimes it's a large planet visible in the daytime sky... No matter what the cue, it's something you wouldn't see on Earth and thus let's you know this definitely isn't taking place on our planet. It lends more credence to being filmed on a different planet. As for what that visual is, that's entirely up to the creative staff and what they think fits in with the world they're creating.

It is whether the smaller or medium moons orbit are far or near in one planet, then that would make the view in the alien sky making the moons smaller or bigger. some sci-fi shows in another planet shows some exoplanets or random alien moons like larger or smaller depending on what the moons or planet are orbiting (Like larger gas giants or small/medium moons orbiting one large planet, far distance or near distance orbit)

For Example If The Kilometer Size Of The Moon Is Like 3,700 while the orbit is far in the planet's view then the view in naked would make it smaller. That is how the director or the creator of the movies would think of it.

Not the answer you're looking for? Browse other questions tagged analysis realism science-fiction .

19
Is Battleship really an anti-war movie in disguise?
11
Symbolism of eating as a main human activity
15
Is this laser experiment shown on Big Bang Theory possible?
7
When did transparent data screens become a thing?
19
In science fiction films and anime, why do we see some planets are close in the sky?