Is "Elf" meant to be set in the same universe as the Rankin/Bass "Rudolph" Christmas special?

The 2003 film Elf (starring Will Ferrell and directed by Jon Favreau) has many visual similarities to the Rankin/Bass produced Christmas television special Rudolph the Red-Nosed Reindeer (1964).

Buddy's Elf uniform is identical to the one worn by the head elf: 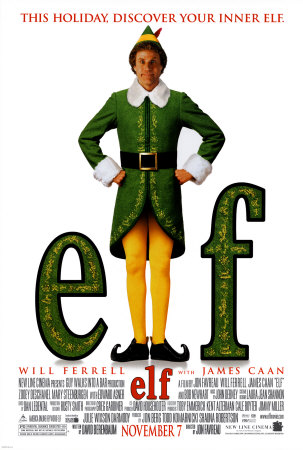 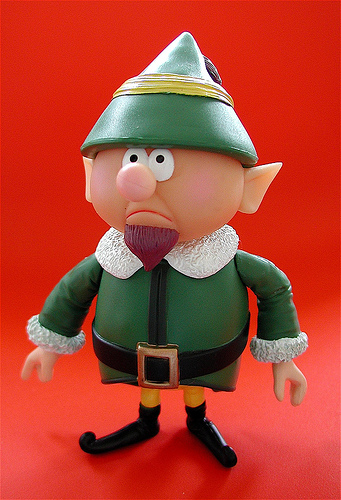 Both have sentient snowman narrators, Leon in Elf and Sam in Rudolph: 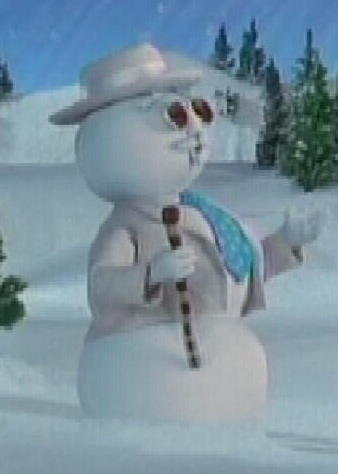 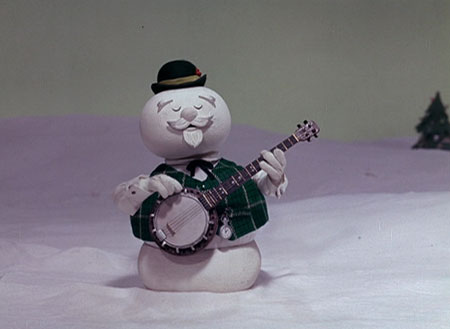 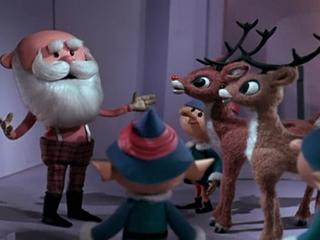 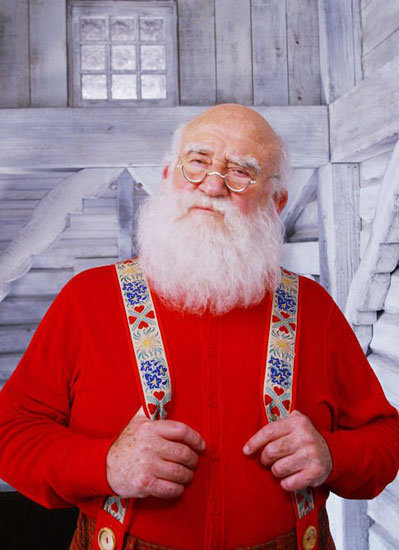 Elf also features similar scenery and stop-motion in its opening North Pole scene. Has Jon Favreau, the director, ever commented on what his intention was behind all of these similarities? Was this an homage or an attempt to slyly create a sequel to the '60s Christmas special?

So, this article mentions this:

"We looked at movies like 'Big' and 'Being There,'" the Favreau says. "(Those were) movies with similar concepts that were played very real and very emotional -- and they were good movies, not just funny movies."

To that end, the director (who is most famous for writing and starring in "Swingers") tried to give the movie an old-fashioned sensibility, hoping to capture the spirit of Christmas classics past, in part by using in-camera techniques instead of special effects to make Ferrell's co-stars like Bob Newhart seem elfin in size and also by paying tongue-in-cheek homage to perennial holiday favorites like "Rudolf the Red-Nosed Reindeer" and "Frosty the Snowman" with his own stop-motion-animation sequences.

But that isn't really a quote, per se. However, in this interview we find

"...so my pitch was to do it for a price instead of making it this big CGI extravaganza we would sort of use the old fashion methods, make the sets small, make it feel like a nostalgic, old Christmas movie, make it feel like an old Christmas special, actually. Like the Rudolph the Red-Nosed Reindeer, the Rankin/Bass one. That was part of it. We justified it creatively by making the world that Buddy (Will Ferrell) came from was sort of this '60s TV special Christmas world."

I think it's safe to say that Favreau was trying to capture that nostalgic feel.