What is the meaning of Enter The Void?

The movie Enter The Void (2009) directed by Gaspar Noé of France (born in Argentina) impressed me more than 99.99% I have ever watched. But now I'm wondering about its meaning and what it is representing.

What did the director want to show by all the over-watching, flickering of lights, and by the characters? It was pretty surreal, I love the surrealism, but I guess I missed something. That's what I want to know. Also, in a scene where a man was sitting near fire, he was being searched by the police, so he had to live on the street. He writes "I want to die" when the camera first moved to him while he was lighting the fire, but the next time when the camera moves to him, the text is changed to "I want to live." 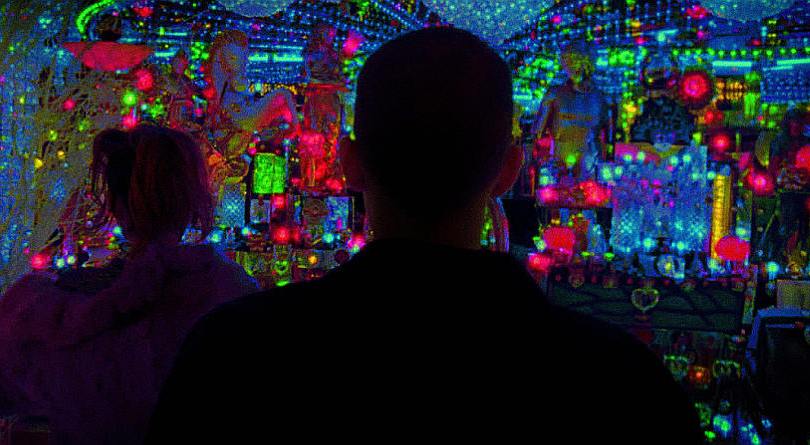 analysis enter-the-void
Share
Improve this question
edited May 29 '18 at 12:02