Is this balcony with a protruding gargoyle a real place?

I have seen the below balcony in many movies.

Is it an actual place? Where is it?

In Teenage Mutant Ninja Turtles: Out of the Shadows: 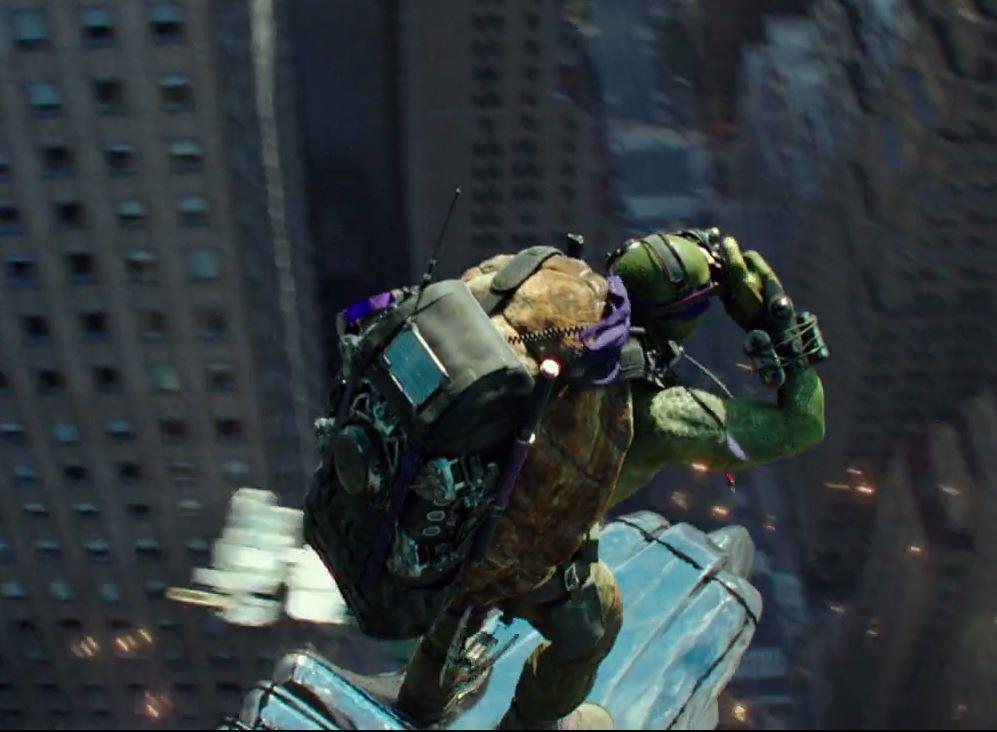 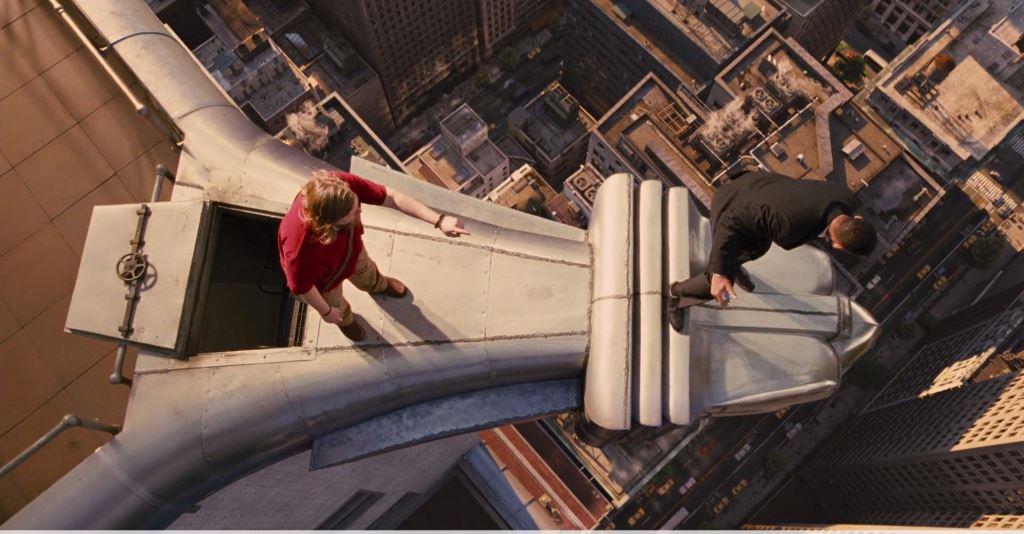 Whether each of those shots is real or a model on green screen is probably not at issue.

The building itself is real. It's the Chrysler Building, on Manhattan Island, New York City.

I guess the reasons it appears so often in movies are

Even if they're not on the building itself, they sure do like to show it in the background… 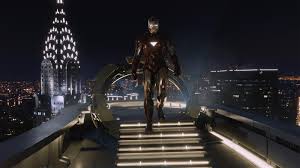 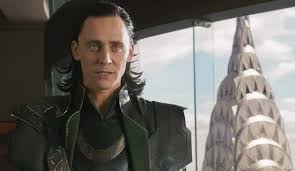 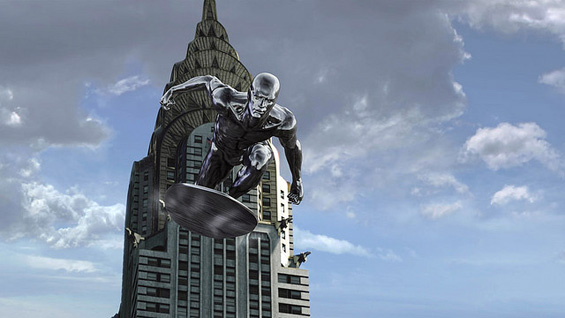 Just for a bit of added anecdote and because I love this photo, this is Oscar Graubner's picture of the building's official photographer — Margaret Bourke-White atop the Chrysler Building c. 1934.

This one is definitely not done on green screen! 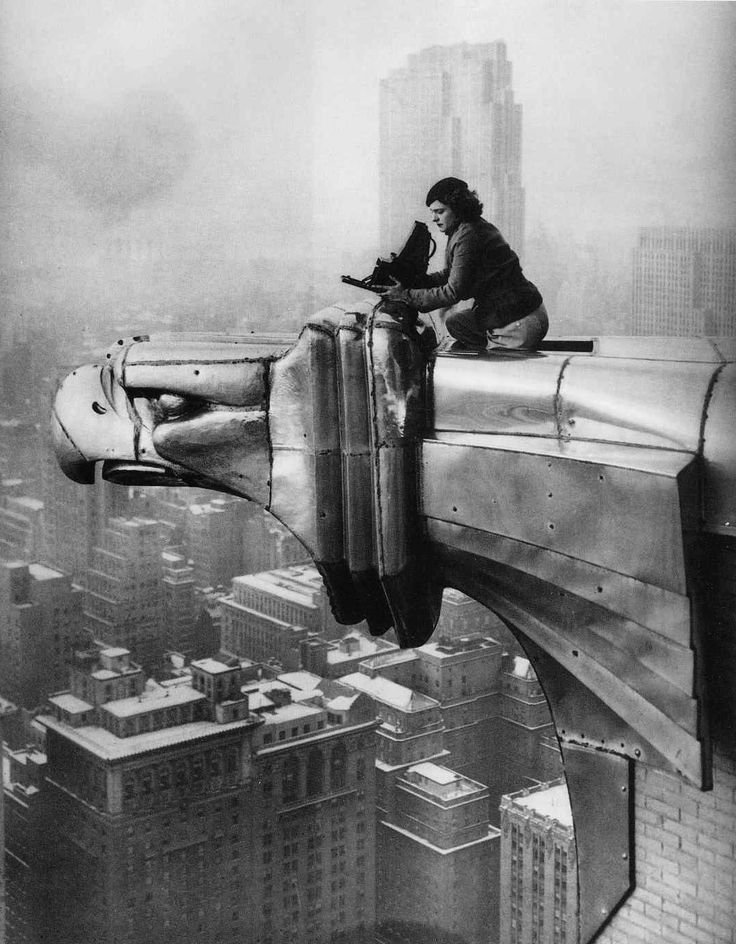 She's holding her camera — they didn't have iPhones in those days ;)

Here's another pic showing greater detail. For the camera buffs, I think it might be a Graflex*, an early SLR [Single Lens Reflex] camera, which is why she looks into the top of it to see out of the actual lens on the front, but I'm really not certain of the model…

* Link is to Google Images search 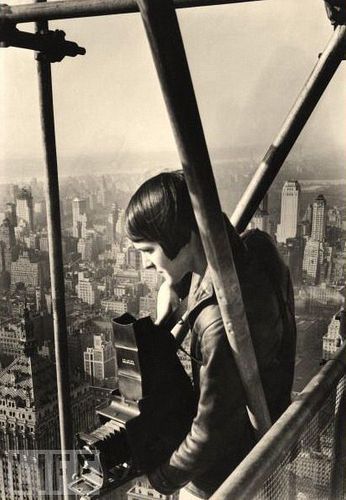 Not the answer you're looking for? Browse other questions tagged film-location .

12
Is the Los Pollos Hermanos eatery a real place or a movie set?
14
How much did Legendary Pictures' connections to the Pittsburgh Steelers really influence the production of The Dark Knight Rises?
3
Where is this place from Silicon Valley 3?
7
What is that famous diner from When Harry Met Sally?
2
How do film producers and crews film movies based on entire or just a proportion of towns and cities (real cities and towns)?
14
Has there ever been a live-action movie that takes place entirely underwater?
3
Where is episode S16E13 of Power Rangers Jungle Fury filmed?
27
Where was this scene of 'Highlander: The series' with standing columns shot?