How do they charge/cool their equipment in Ready Player One?

Does anyone have any idea how they charge/cool their equipment in Ready Player One? They didn't show any USB plug or AC. The kid lives in a stationary van so I don't suppose there's any source of electricity to power a device that can render 3D life-like graphics.

There's one scene where a bunch of them use their gear together in a small cramped space in a van. Wouldn't it have overheated their gear?

This is skipped over in the movie but the novel indicates that there is some power to the stacks which is supplemented by solar pannels. Cooling isn't mentioned as a factor.

The top level or “roof” of the stacks was blanketed with a patchwork array of old solar panels that provided supplemental power to the units below.

Electric cars seem to be the norm as the world has run out of fossil fuels.

As for the van where Wade/Parzival this is down to batteries charged by a stationary bike.

I dropped my backpack, shrugged off my coat, and hopped on the exercise bike. Charging the batteries was usually the only physical exercise I got each day. I pedaled until the meter said the batteries had a full charge, then sat down in my chair and switched on the small electric heater I kept beside it. I pulled off my gloves and rubbed my hands in front of the filaments as they began to glow bright orange. I couldn’t leave the heater on for very long, or it would drain the batteries. 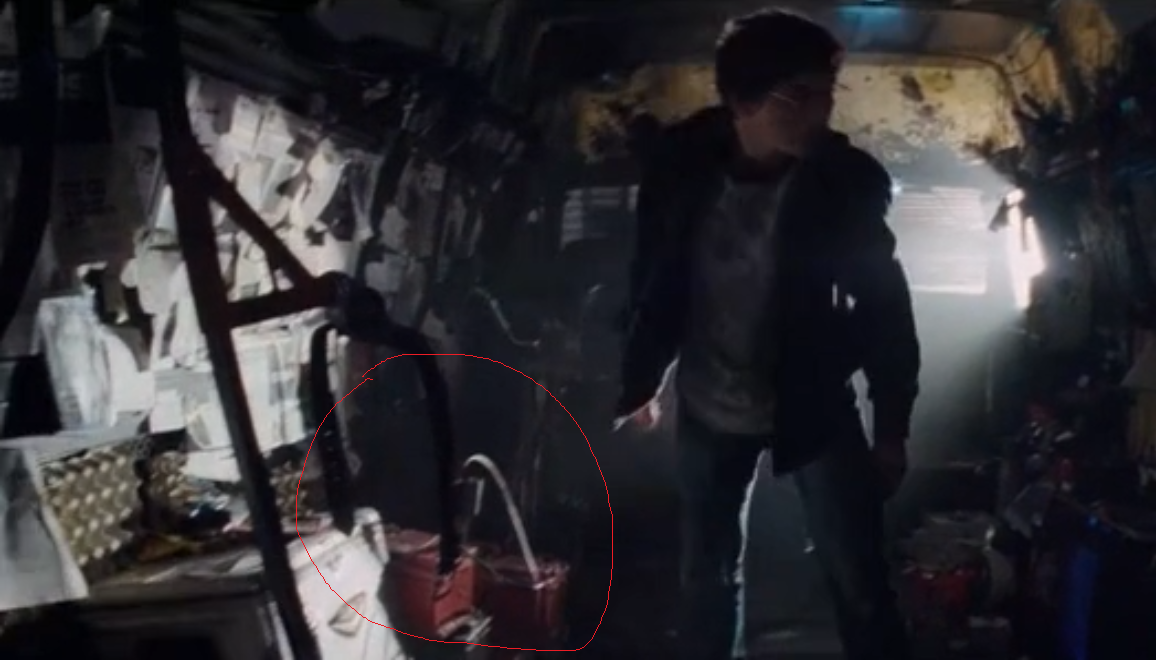 It had everything I wanted. Low rent, a high-end security system, and steady, reliable access to as much electricity as I could afford. Most important, it offered a direct fiber-optic connection to the main OASIS server vault, which was located just a few miles away.

The implication is that the OASIS is cloud-based and all of the content there is generated and maintained in the cloud - that's where all the computing power resides.

What people see on their own consoles/goggles is just their view of it and is scalable to whatever standard of equipment is in use by the user.

This is the same as when you watch a YouTube video on your smartphone. If you don't have a great phone or a poor connection, you get a lower-quality video, but someone with a 4K TV screen and a fast broadband connection can watch the same video in glorious HDR 4K quality. A lower quality feed into the OASIS doesn't need much processing power, and therefore doesn't need enhanced cooling.

Not the answer you're looking for? Browse other questions tagged plot-explanation ready-player-one .