Thanos is not the only one to wield 2 infinity stones

In the very first few minutes Ebony Maw presents Thanos with the space stone and says to him that no one has ever had the power and honor to wield 2 infinity stones at the same time.

Is this a mistake? In the first Avengers movie, Loki DID. He received the scepter that contained the mind stone (which we only discovered during "Age of Ultron") from Thanos himself, in the hopes that Loki would bring back the space stone from earth. Loki wielded both stones for the entire movie.

The question is, am I missing something? Is Ebony Maw wrong? Hard to imagine that being the case, since Thanos was deeply involved in Loki's actions in the first Avengers movie. Is this an oversight by the writers? Has there been any explanation for this?

While Loki used the Mind Stone though the Scepter on Hawkeye, the SHIELD Agents and Erik Selvig, he didn't use the Space Stone himself. Rather, he had Selvig build a machine to open the portal over New York and the Tesseract was activated through that by Selvig, not Loki, so if you was to count using the Tesseract though the machine as "using the space stone" then Selvig used it.

In fact, when Loki first appeared, Nick Fury attempted to escape with the Tesseract while Loki was giving out his speech, first putting on a glove to remove it from the machine they had it in and putting it in that suitcase. 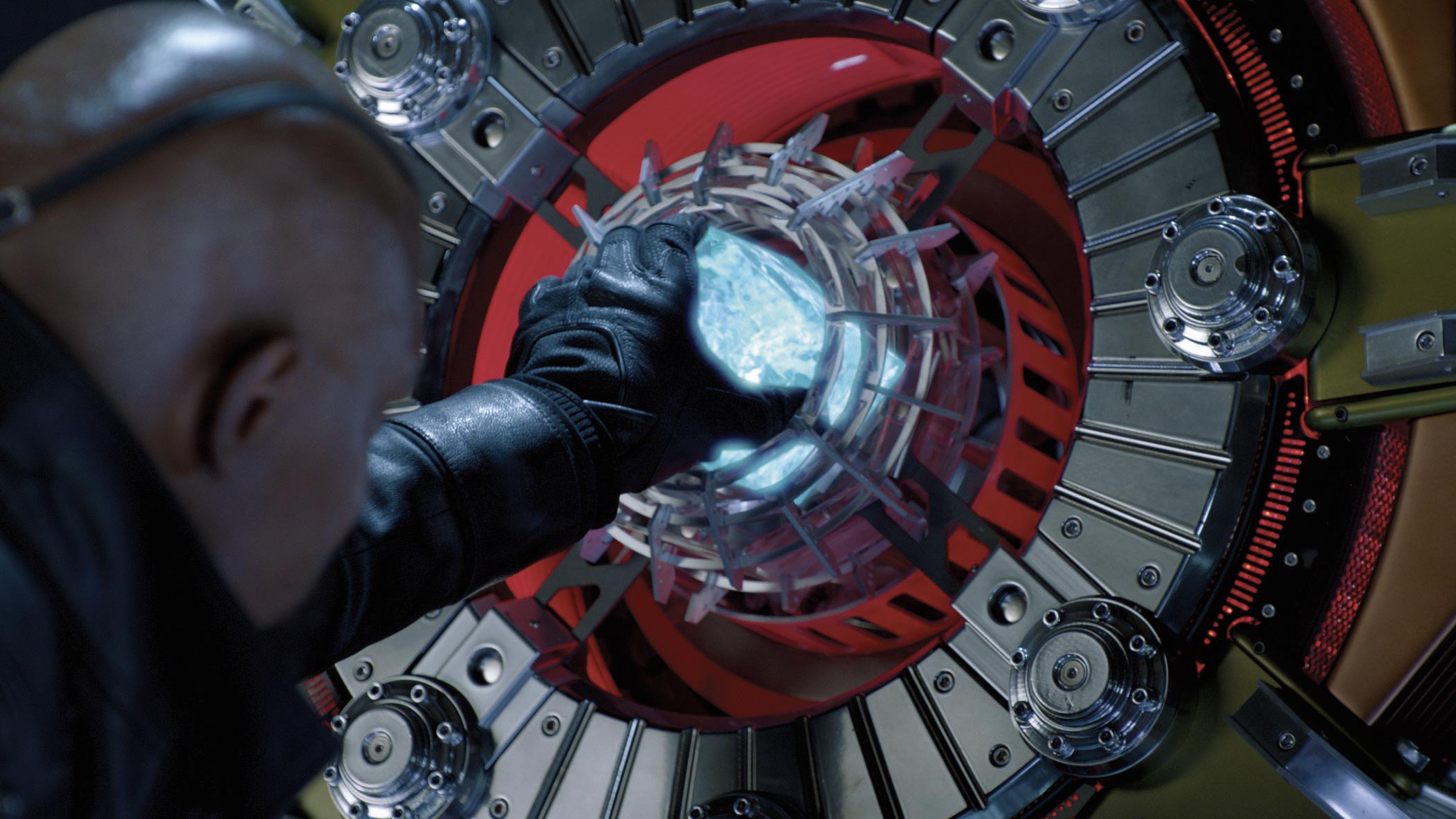 But when Loki stops him and goes to escape, it's Selvig who's carrying the Suitcase.

From there, we can assume that Tesseract never left the suitcase until Selvig's machine was built.

So this means Ebony Maw is correct, Thanos is the first to wield 2 infinity stones at the same time, himself.

15
What makes Ultron the person he is?
46
How does Thanos know where all the infinity stones are?
48
How did Thanos know about the power of “The Snap”?
6
Why is it different when Ebony Maw handles the tesseract and when Red Skull handles the tesseract?
12
How did Thanos originally get the Mind Stone?
20
How could they return the Infinity Stones in their “raw” form?
2
Are there duplicate space stones in the past in Endgame?