Is there any way for Wakandan people to regrow the Heart-Shaped Herb after Killmonger burned them in Black Panther? 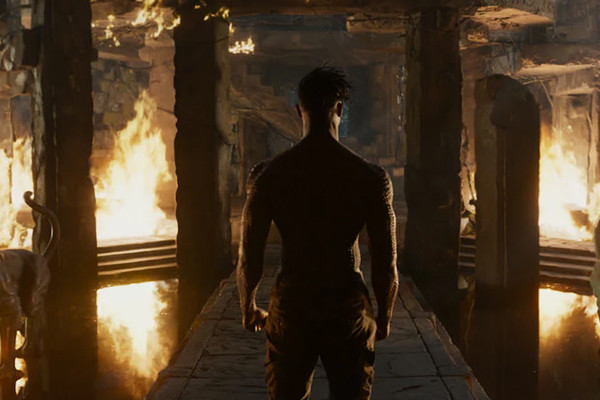 First, should we assume garden of the Heart-Shaped Herb is the only place to grow it?

I bet we shouldn't, first we should know how it came into existence:

“People who read the comics would be familiar with the Heart-Shaped Herb and the ceremonies that surround that,” Marvel Studios President Kevin Feige said to Entertainment Weekly. “That’s partially spiritual. We certainly don’t call it magic, but there’s Vibranium that has been interwoven within that soil and that land for thousands of years, so there are other things going on with it.”- CBR

So we got lots of Vibranium and we have extra ordinarily talented T’Challa’s sister Shuri, so she might be a hope in regrowing the Heart-Shaped Herb again or we can assume on the whole Wakanda there might be other places where natural grown Heart-Shaped Herb is there. But it will be all speculation till we see it in any sequel itself.

When Erik Killmonger used the Heart-Shaped Herb his body reacted badly and poisoned him. After he barely recovered he used his scientific knowledge to create a synthetic version that would grant anyone the abilities of the Black Panther. He later allowed Kaspar Cole to use the synthetic version to gain powers similar to the Panther. - wikia

He had them burn what was currently growing in the ground. Anyone familiar with agriculture would know that doesn't preclude them having seeds and/or cuttings socked away for new plantings.

It is also fairly basic agriculture to have off-site storage of important seeds in case of emergency. They are called seed banks. I'd find it pretty hard to believe that the rest of us dumb humans know to do that, while the highly-advanced Wakandans hadn't figured out the need to do that with the one plant their entire culture revolves around that they are growing only in one small place.

None of this should have slowed Killmonger down, because growing fully-fruiting plants takes time. For example, grapevines usually take about three years to bear usable fruit. Nightshades (tomatoes and chilies) can mature in as little as 2-6 months, while Apples typically take 5-8 years. So while we (and likely Killmonger) don't know how long a new planting will take to bear fruit, burning all the currently producing plants should have given him more than enough breathing room to establish himself.

8
Why is Killmonger's "ancestral plane" vision different?
6
How did Black Panther win his last battle?
6
Why the Golden Jaguar suit instead of Black Panther?
16
What is the purpose of growing vast amount of heart-shaped herb?
9
Where do Wakandans get their (external) wealth from?
1
How does Killmonger so easily defeat T'Challa in ritual combat?
9
Why don't Wakandans feed Heart-Shaped Herb to everyone?
6
How did the Border Tribe plan to subdue Black Panther?
6
Is the liquid that gives Black Panther his powers the same which strips out his powers?
5
What is the duration of the power of the heart shaped herb?